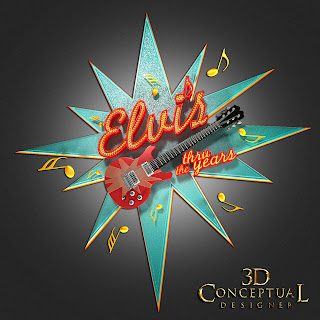 The final 3D Title Design I built out for the DVD "Elvis:Thru the Years" back in 2007. 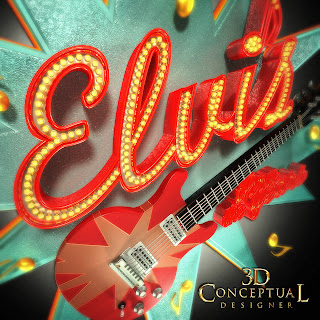 A Close Up shot on the main Elvis script made with vintage bulbs. 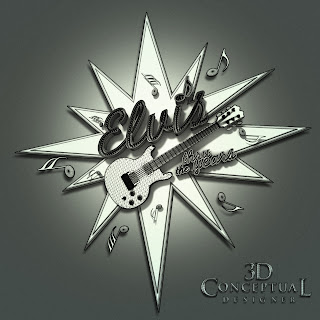 A Polygon view of the final scene. 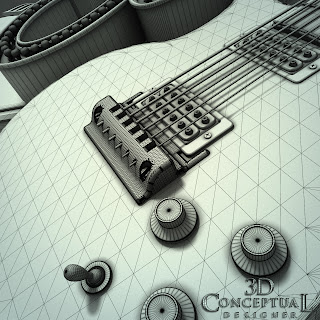 A close up on the pick-ups as well as some fully molded parts that I made with the NPower tools. 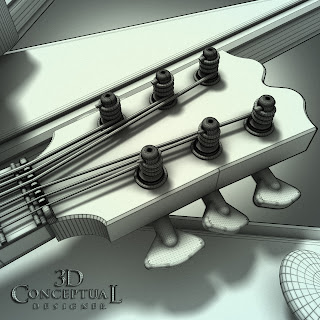 I modeled the strings winding around up top. 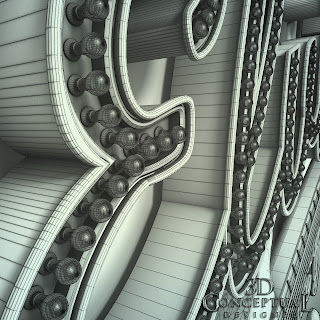 The main 3D Logo bulbs all have a big filament inside each one. 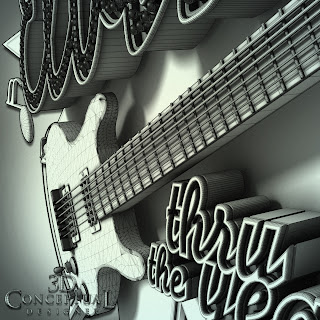 Here you can see the crown on the body as well as the neck and various parts I modeled for this 3Dlogo.


Six years back in 2007 I was still an in-house division at The Cimarron Group providing 3D Design, 3D Illustration,and 3D Animation services for the internal departments there, and George Anderson in the Home Entertainment group called upon me and my skills for an Elvis Documentary that they wanted to pitch a big 3D Logo with vintage bulb lights and a great 3D Electric Guitar as part of the final look, so off I went.

I had one day to do the project, and so I decided to do a few big parts using the Npower NURBS tool set so I could quickly get this up to Home Entertainment for their deadline. I'd prefer to go full subdivision, but in 07' I was not as fast as I am now so I opted for the great tool in the NURBS modeler.

The main body of the guitar is a hollow body style and has a continuous crown[curved in all directions] to the surface so it is not in any way flat, so the NURBS aproach allowed me to build it out very fast, though in trnaslation you get some messy edges with all NURBS converting, but it sure rendered well for the finals.

A fun project which did not go to finish as they went with a simple 2D white text over photography instead.