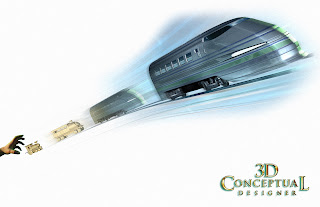 The final 3D Illustration I created for Rhythm and Hues back in 2009 for a new medication called Certriad. 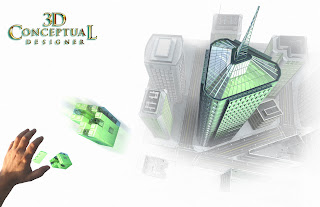 The first pass on the building blocks 3D Conceptual Illustration I created. For the final we flipped the camera around in 3D space, and added a lot more of the secondary blue color that were the specified ones for the project. 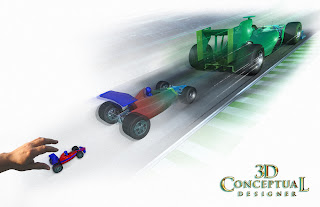 The first pass F1 layout was from the back, and we eventually flipped it around. 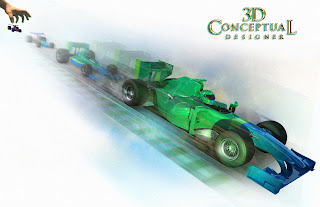 Here is the final render with 2D post work over the 3D render. We added another step in the transition so I built a third F1 morph car to complete the job.


Today I am posting some conceptual 3D Illustrations that I did in December 2009 for Rhythm and Hues for a possible new drug called Certriad. I always loved R-n-H jobs, as they allowed me to actually design quite a bit in the process, and with this job it was three concepts to create.

The basic concept was a hand pushing a small child's toy in stages morphs into an actual fully detailed 3D illustration. I started with the toy train to a high speed one, and once we were well enough on that, I moved to the "Lego" concept with little block building morphing over to a full modern skyscraper. The last and most fun one was the F1 race car from a push toy concept.

I built out the 3D models in the various stages and composed the shots first to get approval to go ahead. I then tweaked and painted quite a bit in post work in PhotoShop to complete the advertisements, which were a two page wide format spread.

A fun project that unfortunately was cancelled due to the company stopping the move ahead with the new drug. Sadly Rhythm and Hues filed for bankruptcy a few months back so I will miss these great concept 3D Illustration jobs from them.

If you want to see added Rhythm and Hues work I have done, you can click here.