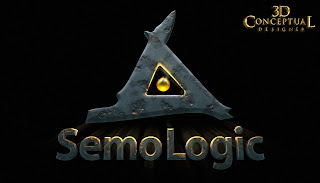 A concrete texture I built in Dark Tree as a Simbiont Procedural in 3DSmax used as a natural rock for this design pass. 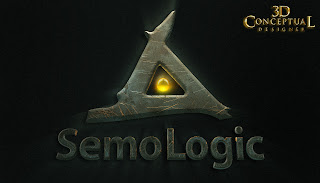 A self illuminated car-paint material was modified to glow and create the energy ball in the logo I created for the web. 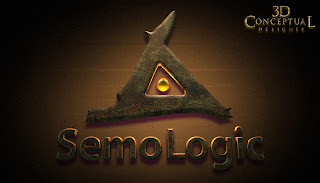 A warm version on an industrial concrete wall with a pumice procedural mixed in there too. 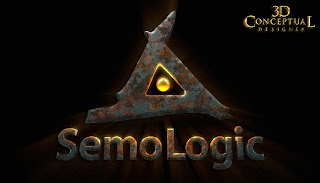 A shader I modified from Rusty paint and use concrete in the paint channel[ a bit map] with procedurals for the rest. 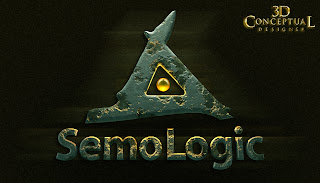 A lunar moon-like shader I modified to adjust the crater colors to fell like a dual layer material with a second inside peeking out thru the cracks. 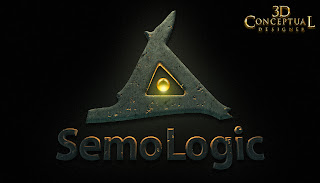 I mixed a few procedurals to create this look with pumice and scratches. 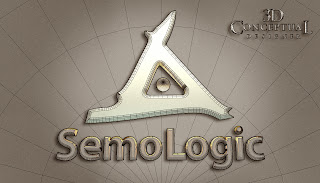 A shot of the very simple scene. If I were to re-do this project today, I would do the objects all subdivision so I could displace the surface better as I do now on a regular basis.

When I was in-house at The Cimarron Group, I ran a little 3D Design Department that would meet the internal 3D needs of the various divisions in the company, and on many an occasion I worked with Eric Person up in the Online and then "Interactive division there.

I regularly did little project to be used in animations and logos for Eric,and for this client they wanted to do a full pass in 3D to see a natural rock like feel to the logos with a cinematic glow to spice up the brand. I obliged, and created this set of looks withe versions A thru F, for there review.

I use and build procedural shaders for natural looks as it is much better at dong a real 3D texture that goes thru the object so mapping is not needed. Procedural textures take longer to render as they are not 'pictures' applied to the mesh as with a regular bit-mapped [ JPG] image, but a mathematical formula using fractal design to create the algorithm to give the look a much more natural look. It is also built at render so it never pixelates as you move closer, it simply re-renders the texture higher and higher as you get closer and closer.