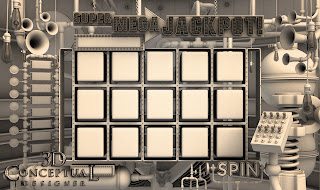 The final Subdivided 3D Model shot sent over to Chris at Blind for the App Reel Slot Tournament. 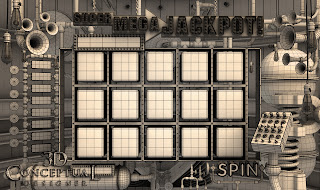 The Base Quad Polygon Model without subdivision as delivered to the team and exported out as an OBJ and FBX for the Maya and C4d users. 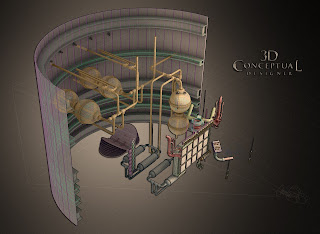 An overall Birdseye screen shot showing the build out for this App Game Screen. 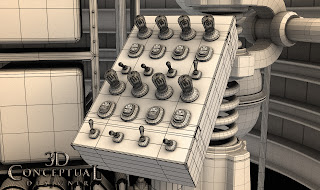 A close Up shot on the switch and blub panel from the lower right of the screen[ NOTE: The curled filaments inside the vintage 'nipple-top'bulbs] 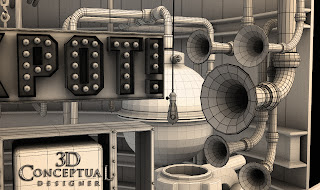 A close up on the Horn, and Marque details built and designed out in 3D for the App on Facebook. 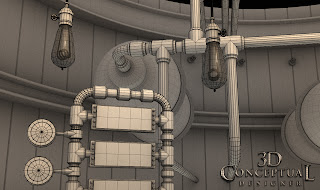 The Flipping/Rotating Player cards were built out in a tube frame to the LEFT. 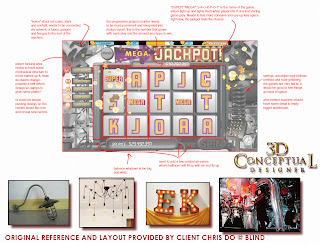 The original scrap I stated with on this one day Game Screen 3D Design and Modeling Gig from the Summer of 2012. 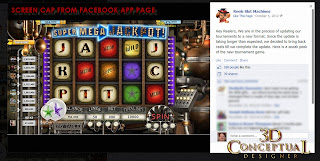 A small screen Cap taken from the Facebook page of this App as it was finished out by the folks at Blind.


I had worked with Chris Do in the past on the Raveonettes Music Video where he won an Emmy for the Art Direction on it[ I did get Honors], and he had another fun task, only this time he needed 3D Modeling done for a game-screen for a slot App on Facebook.

I gladly took the work and was given a direction sheet to work off of and had a day or less to complete the job. I built out the assets as all subdivision models since this was to be exported out to their in house 3D team for finishing up.

A very fun assignment as I got to do 3D Design while I built it out as the direction gave me room to explore the designs a bit, and it was super fun to do. Enjoy the posting.

You can review my prior work with Chris Do from the Raveonettes here.