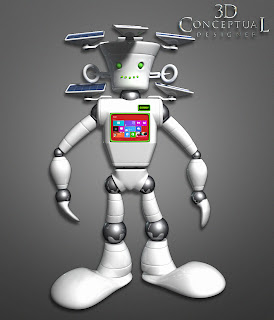 The main front view of the robot I designed for the AIM Agency back in October of 2011. 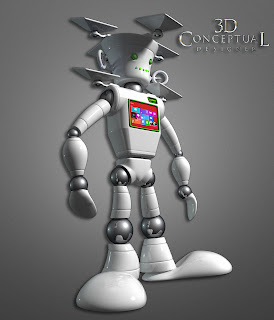 A 3/4 worms-eye view, or kids view shot, as it needed to be a happy robot, not menacing. 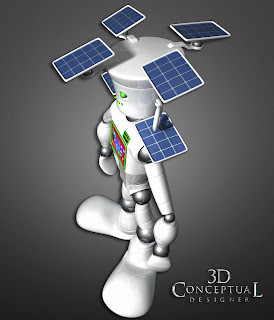 This birds-eye shot shows the solar panels on his head, they were to be animated to attract attention with a constant movement and adjustment. 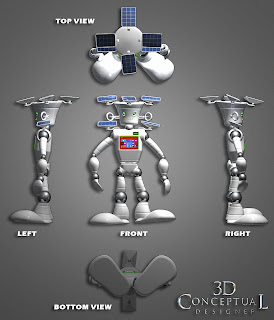 A multi-view showing the full 360 design as this was to be a free standing unit once built out. 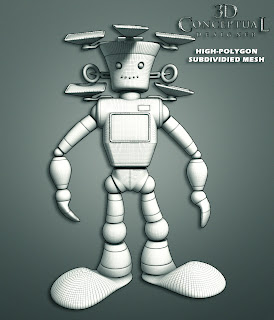 A smoothed shot of the main model build with three levels of subdivision added. 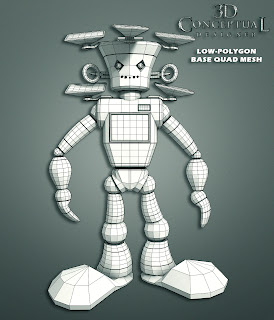 A full front shot in low poly form rigged and ready to animate. 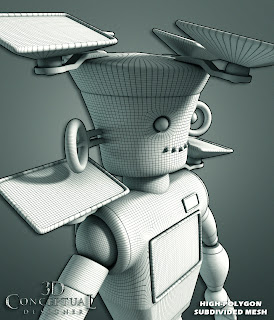 A smoothed high-polygon render showing the smoothed out geometry in this character design. 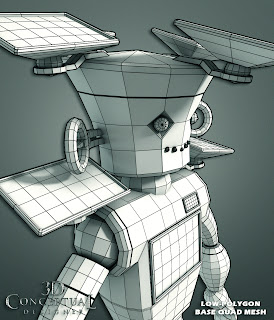 Here is a low polygon close up shot of the head and solar array details.


Every once in a blue moon I get to do a 3D Character design, and for this one, I was contracted by the AIM Agency to design out a little solar robot for a trade show project they had, and along with the 3D design, it had to contain a small PC touch screen as well as the final application was an actual manufactured prop, so I was off to work.

I roughed out the design in 3D and proceeded to create a little robot that was simple, friendly, and a clean basic white color with chrome accents. It also needed some sort of visible solar power associated with the design as this was to showcase that technology.

This is my first of three passes at the design before the final was done, and I will be posting more parts in the future  on the progression in the design as well as the bidding for the actual prop, so stay tuned.

As a side note, right after this job, I was hired to work on a super cool Disney/PIXAR related property and modeled out hundreds of robots all in subdivision, so this was a good warm up to that long nine month contracted gig.