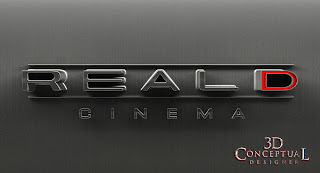 Here is a shot of what I delivers as a final, though in the end it was scrapped by the client. 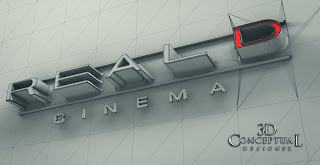 In this quad view you can see the fillet of the text as it extrudes out from the back-plate wit the rounded edge. 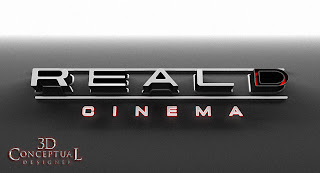 An early design using neon red in the tag line, 'cinema', along with a dropped camera view of the model. 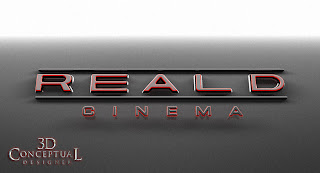 A double key-line with red neon on both type sections. 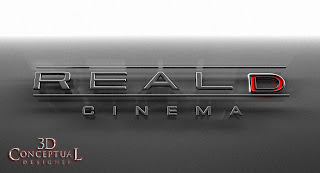 In this design I attempted to show them caustic reflections[ low rez at this point], but it was too 'busy' for them. 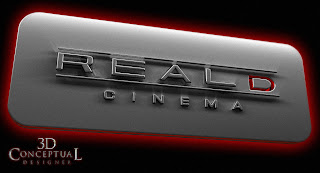 This comp was the 'Dog-Tag' idea with a plate of sandwiched materials, that would be used in the MGFX where we moved around the design. 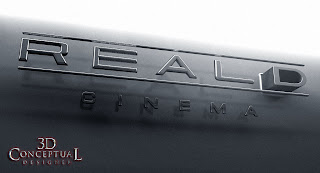 Thin type for Real-D cinemas,  floating over the back-plate to emphasize 3D in real space. 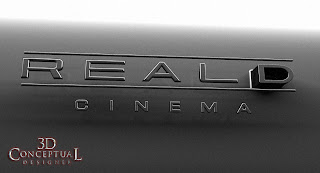 Here we see the above design with minor caustics on as well as a more centered camera view of the 3D asset.


With 3D Stereoscopic Movies on the rise, there are many players looking to become the VHS, in this current format war, so we assisted Read-D with some 3D Logo explorations back in 2006 while I was running my 'lil department for the company in-house.

The logo itself as far as the font choice, was locked, but in 3D I have a whole bunch of room to  get creaive with depth, bends, and extrusions. For Read-D I went with a basic metal, with a red glow as our accent color.

I did about 6 designs at a lower rez, and tried to sell them on caustic reflections[ I went low rez at first[ less samples as seen it the grain of the reflections], but they wanted a super clean logo.

The final was rendered at 5K for IMAX applications.