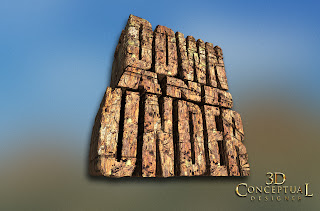 The main 3D 'Ben Hur' monolithic logo I did a decade back at BLT for Kangaroo Jack[ name changed]. 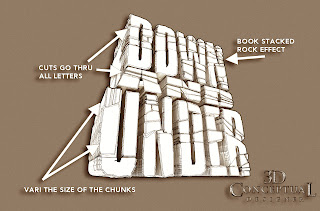 Here is the geometry view of the 3D logo showing a bit of how I Art Directed the build in 3D. 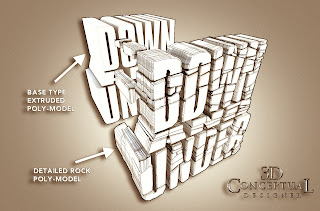 This view is exploded out to show the base 'simple' type, along with the detailed rock parts. 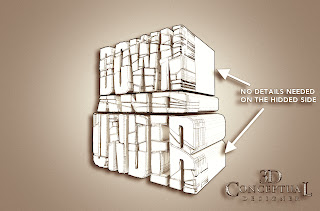 I left the details off the far side as they are not seen, and I can always add them latter if I moved the camera. 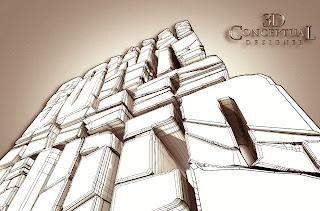 Here you can really see the overlay I built into the striations in the rock itself. 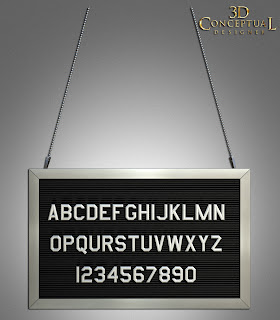 The " I just got arrested Info board" I built in 3D for the character sheets for Kangaroo Jack Key Art. 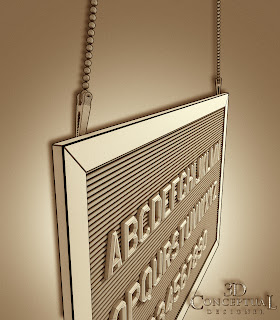 Here you can see the felt board channel details as well as the type and clips for the neck hangers as poly's.


Sorry for the delayed posting I got a very serious twelve day FLU , but I am back so HAPPY NEW YEAR Folks!

Today I kick off the first posting for this new year with the 3D illustrations for the main Logo and a prop I did for the film Kangaroo Jack[ aka Down and Under], a Comedy with  Jerry O'Connell.

They wanted a rock built 3D logo for the film than mimic the red rock found on Australia so I hand built the parts of the cliff, and scanned in the rock textures from the unit and created a tile able texture for the logo. I have built a few logos this way including a pass on Alexander here, and Evolution here.

I also did an "arrest board" so they could hang it around the necks of the main characters for the character One shees so I did it in layersd with a full alphabet.