Here are the main Meteors I build quickly in 3D for the cover artwork and sleeve for the DVD release of Evolution. 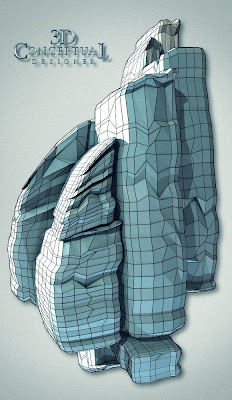 Here is a typical Geometry build for the parts I made the meteor out of. Started out as a 'chamferbox', and was hand displaced, and modeled to look like the space rock from the film. 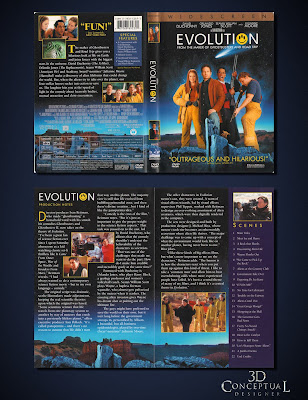 Here is the scanned artwork for the cover and sleeve from my DVD collection.

I did try a title treatment in the dame rock material and all modeled in parts like layers of rock.

The Model view showing the 3D Model I build t and designed for the package and the menus. 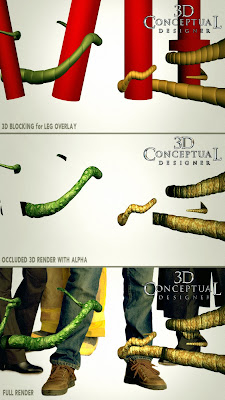 An alternate idea had Alien tentacles coming out to wrap the feet, and legs of the cast on the lower third of the package and these were the 3D illustrations with channels I provided. They provided the photo to match and I created the aliens.

It has been almost a decade since I did this little fun project for the DVD release of Evolution the Sci-Fi Comedy, from Ivan Reitman, the Director of Ghostbusters. The film was debuted on the 17the anniversary of that film release, to great reviews a decade ago. Still holds up well today, IMAO.

I had a chance to build out some 3D Illustrations and one logo treatment for Matt Rice who headed up the team, and still does. The Meteor I build did finish for the packaging, but the other exercises were not.

You can also see some of the geometry renders showing what I built for the various parts. The tentacles used the great procedural texture plug-in Simbiont-Max I built in Dark Tree from Darkling Simulations.

This was my very first DVD 3D Illustration finish from a decade ago while at BLT and Associates, a fun memory. Enjoy the posting.
Cheers, THOM
Posted by 3Dconceptualdesigner at 11:11 AM