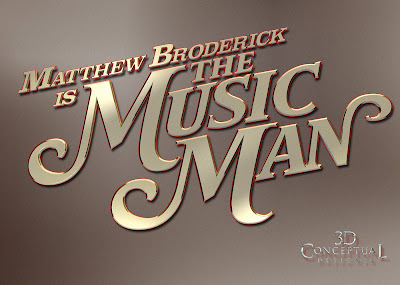 The first pass at the Logo had a smooth brass material with a small red key-line outlining the text to pick up the color from Matthew Broderick's costume. 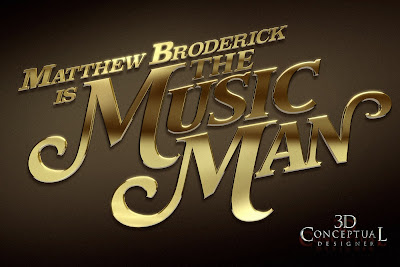 A darker version of the Logo sans the key-line with a lot more contrast and reflectivity. 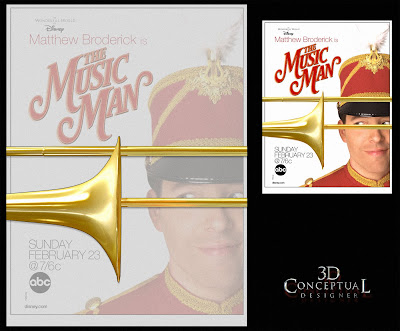 Here is the Trombone I built, Lit and Rendered for the final Posters above. 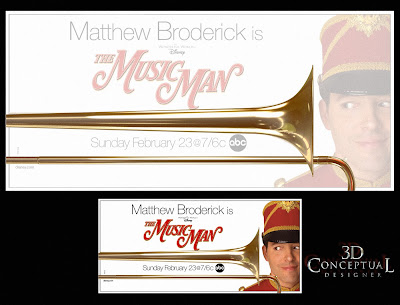 Here is the longer version of the model that was modified to fit a billboard, and yes it is exaggerated in length which is why 3D Illustration is so versatile. 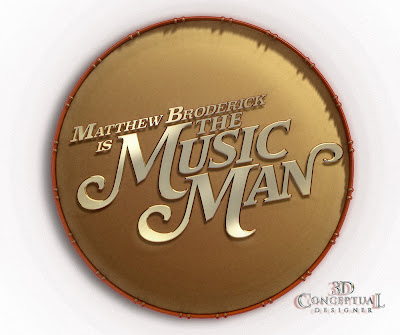 A Big Drum with the Logo applied to it.

One of my final projects while I was in-house at BLT and Associates in Hollywood CA. was to do some 3D Illustrations and some Logos for the upcoming ABC project of a remake of "The Music Man", starring Matthew Broderick.

I did a few logos in brass material to emulate the brass from the band, and I also did some Illustrations of a Trombone[ thankfully we had a Trombone Player working there for tech info!], as well as a large drum. We combine the Logo and I l rendered the Drum flat to put the two together as well. This kind of quick 2-3 Hour project was typical of the speed and turn around that you find in the advertising world. They would y use stock photography if it was lower cost so you need to work quickly. The big advantage is the image is owned by the client so they pay no rights fees as it is their own trombone.

The Logos did not go to final, but both the Poster and the Billboard thirty-sheet, went to final and finished out, so I rendered these at 5000 pixels wide for the finisher to re touch the artwork.
Cheers, THOM
Posted by 3Dconceptualdesigner at 10:34 AM