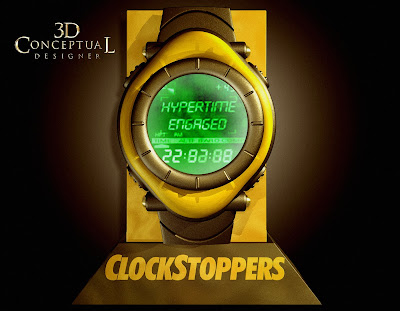 A standee design that would have a full PC set-up inside running a looped interactive watch-face. 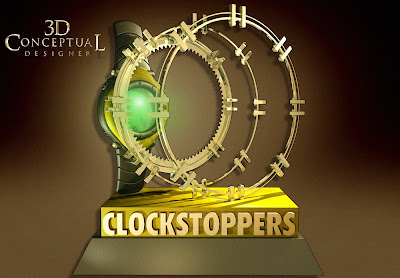 I played with gears in the designs moving and still, this theatrical standee concept has three spinning rings surrounding the time travel watch. 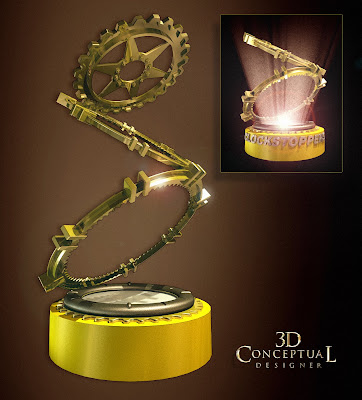 A spotlight concept for the Premiere as well as for outside a Theater with a huge light that would come on inside the "floating" spinning rings ala. superman 2. 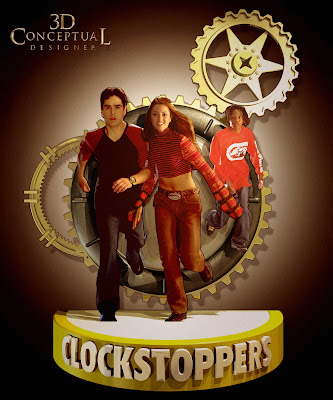 The Half round wall concept has a cut out of the main characters with spinning rings behind them. 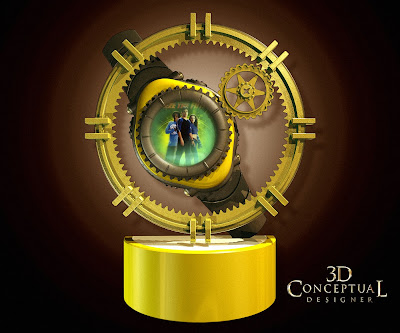 This Theatrical Marketing standee concept has the watch face ring gear so pin to move the others.

An early project I worked on while at BLT and Associates in 2001 was to design some fully formed 3D standees for theaters for the new Paramount film, Clockstoppers.

The movie is a time travel film with a watch that is the machine that "stops the clock", so I developed a few looks for standees that would sit in Theater lobby's to and have some small animations to advertise this film based on the watch worn by the main character Jesse Bradford.

A link to the IMBD listing is here.

Enjoy the weekend!
Cheers, THOM
Posted by 3Dconceptualdesigner at 10:11 AM