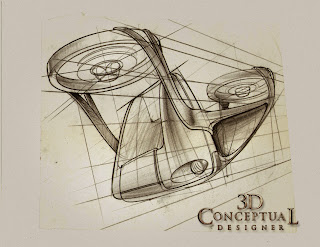 Here is a Phantom 2040 ambulance Hypercruiser under drawing with the perspective grid in the tracing sketch. 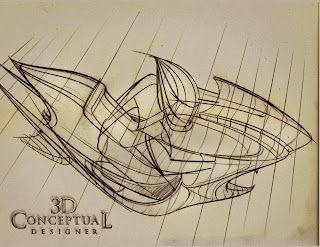 An enforcer[ Police] Hypercycle with a very simple base grid for this. 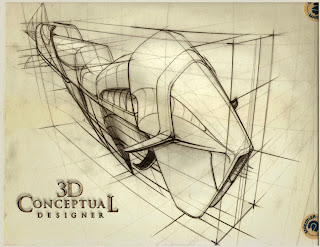 The Phantoms Hypercycle[ Design One] as a grid underlay drawing. It became this, so I used the  above version for another Police cycle as well as seen here. 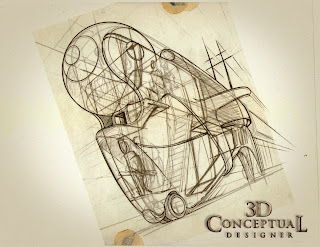 Dr JAK's Multicrusier Grid over the Xerox super-rough comp. You can see the craft here, here, and here. 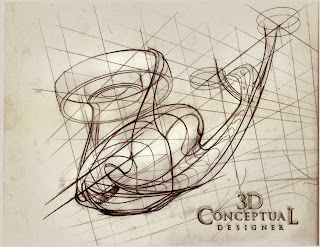 Here is the grid layout I did for Maxwell Madisons Hyper Cruiser seen here, here, and here.

This is my 92nd posting for my  Phantom 2040 conceptual design work that I did on the series in the early ninety's.

I always do a rough sketch by hand or with a few tools to block out my designs over a grid I make first. I then will overlay that and detail it out a bit. If this is good to go, I do a line art file that would go to get inked by the prop team. I have put up a few vehicle designs that I did this was to show the development of the design and the process I use to get there.
What I've posted today are those early underlay drawing for a few vehicles from The Phantom 2040. Dr JAK's, Multicruiser vehicle, has a two layers there, as I did a mini-sketch, blew it up on the xerox, and then overlaid that as seen above in the tracing paper sketch.
Overlay drawing allows you as a designer the ability to design a bit more freely, as you know this is not the final so you can make mistakes and finesse the design is stages.
Also as taught at Art Center, it also allows you to block out the base volume of the object in proportion first and flesh it out next, so you do not get lost in the details first, but they become a secondary design element.