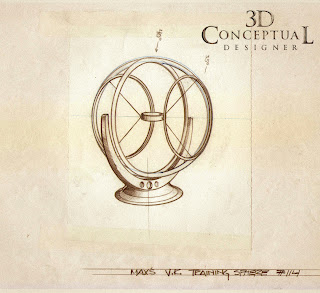 Maxwell Madison trained in this Virtual Reality Training Sphere to fight The Phantom. 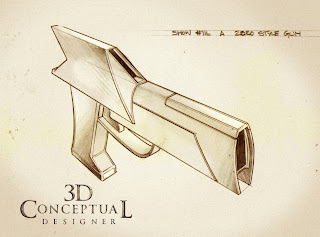 For one flashback sequence, Graft and the Phantom[ 22nd Kits father] fight and this was one of the "sharp edged" older styled weapons. 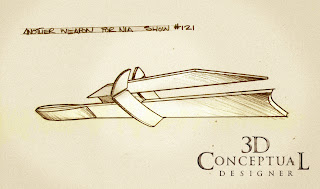 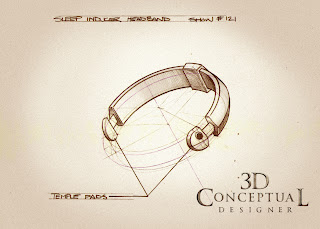 A Sleep inducing headband was a simple prop but I took time to develop the way it opened and animated as it was used. Years later saw one in Minority Report as the writers used real tech to develop the shows.

This is my 85th posting here on my design blog for my contributions of Art Direction, and Head Conceptual Designer roles for The Phantom 2040, and today I am posting some more small props I designed during the time I spent on the series for almost 3 years at Hearst Animation.

FOr a world of the future everything needs to be designed from a small plate or form all the way up to an entire city. Every vehicle and prop needed to be themed to a few eras since we would regularly falsh-back since this Phantom was the 23rs in a long line of Phantoms, so 2040 ans 2020, and even 2010 were visited in the series.

Today is a sampling of what I had to design each week for each new script.