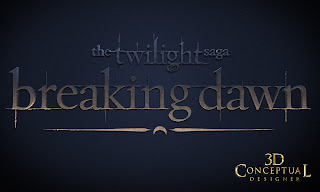 The final finished 3D Illustrated Logo I did was also was the first pass logo[ happens more often that you think], so we came full circle in the nine designs I did for The Cimarron Group. 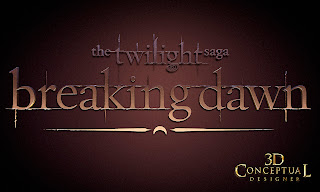 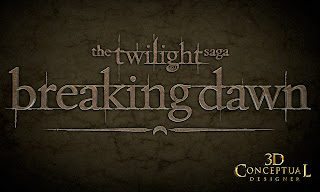 A rough granite/marble texture in a warm color range was done near the end of our one day of colorwork. 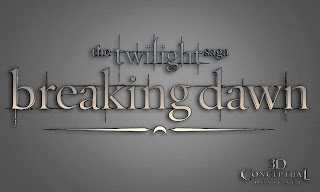 The Model was super simple, a extrusion with a micro bevel so it almost appears as a flat extrusion. 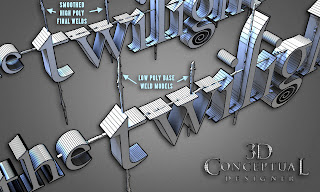 Here you see the 3D "Weld" object used in the films in both low rez "quad" and the smoothed melted look in the finals. 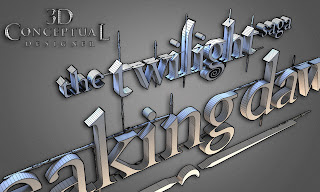 This geometry 'quad' view shows the depth of extrusion used, as well as the warm to cool lighting I did for the scene. 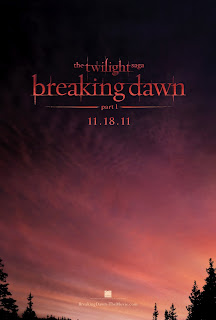 The final Poster for the film using my 3D Illustration for the main Logo.


I had the great privilege of working on all four Twilight ad campaigns, and today I post the work I did for the finished 3D Logo for the current film in theaters now, Breaking Dawn  Part I.

Early in the series I had the room to experiment more with the look and feel of the logo, and we did a whole lot more variation and 3D sculpting for the first two films posted here on my design blog for your viewing.

On this fourth film, which also happens to be the last 3D Illustration job done for the Cimarron Group over a seven year period, was a very simple version of the logo, a 3D, straight extrusion, and re-use of the custom made 3D welds" I built for the prior 3 films was what I was directed to produce.

The same 3D weld model can be found in all other finished logos for the series as I just replaced the type as each consequent film that came out.The final did go to finish, and was rendered at a super big size of 9500 pixels wide, a huge final when most One Sheets[Movie Posters] are done closer to 4500 pixels wide.

You can view PART I for the first film here.

You can view PART II for New Moon here.

I have NOT posted my Eclipse artwork yet, that will go up sometime in the future. And thought it is just two images, it too went to finish as well.

Cheers, THOM
Posted by 3Dconceptualdesigner at 11:05 AM