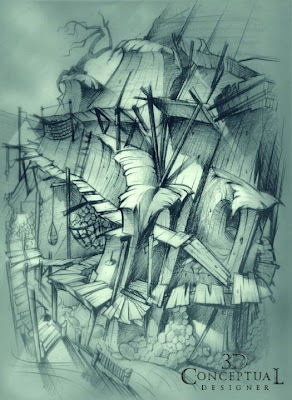 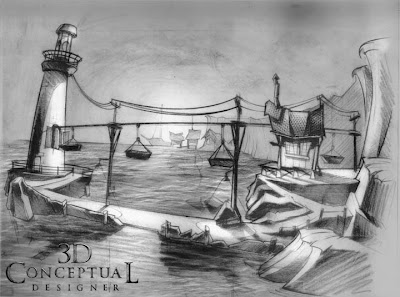 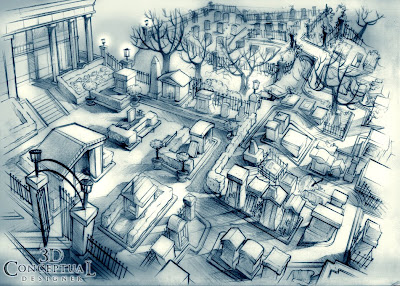 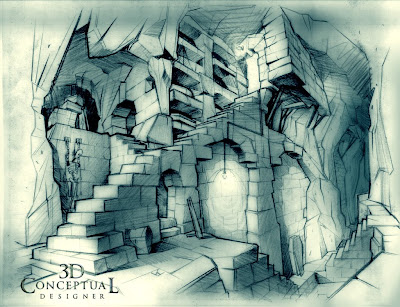 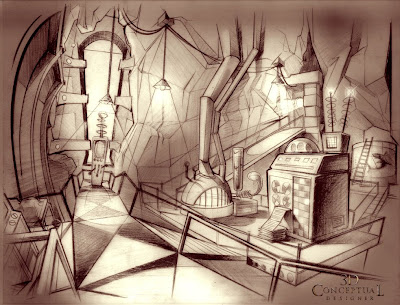 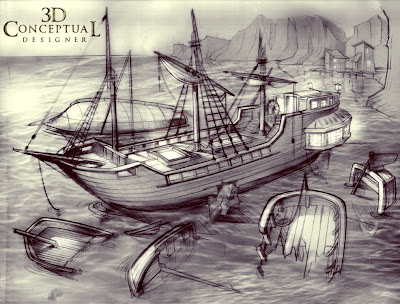 I was hired by a fellow ex-Disney Interactive Alumni Jeff Berting, whom I had worked with prior to this at DI in Glendale CA in 1996-98 to conceptualize a bunch of locations for the game.

These concept sketches were used by Jeff as the layouts for his color keys for the game artists and modelers to build from. I did various locations, yet the budget was small so each sketch was broken up into two distinct stages.

First stage was to block them out in a rough sketch that I used as an underlay for the final. As a 3D Designer knowing the end product would be real-time 3D environments the sketches were done proportionally accurate for construction.

Second stage, was to flesh out the sketches, scan them into the PC, and colorize and stage them a bit in Photoshop. I had lots of fun doing this project, and the added challenge was I had no more than 4 Hrs per environment to do these, so I locked in at 1.5 Hrs for design and comp stage, and 2.5 Hrs for the finished pieces.

Cheers, THOM
Posted by 3Dconceptualdesigner at 11:17 AM