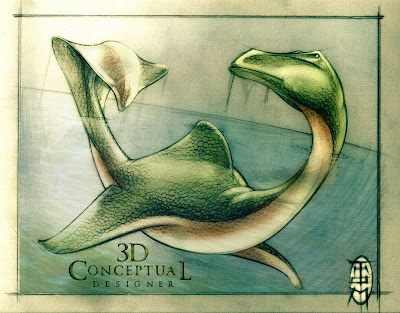 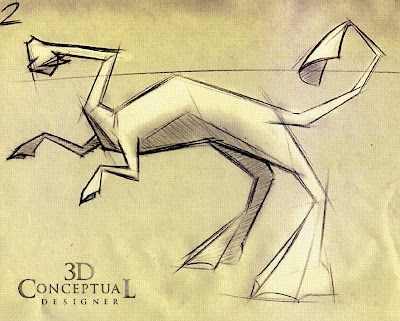 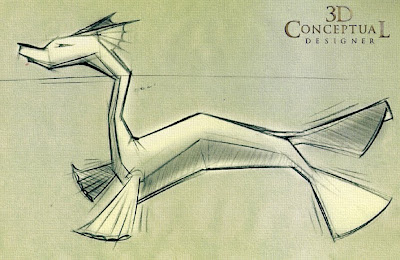 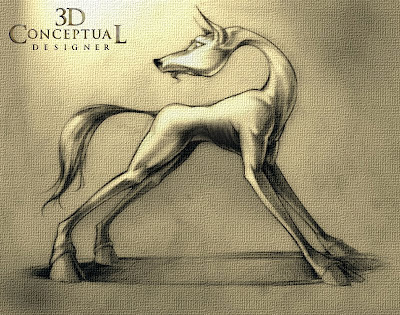 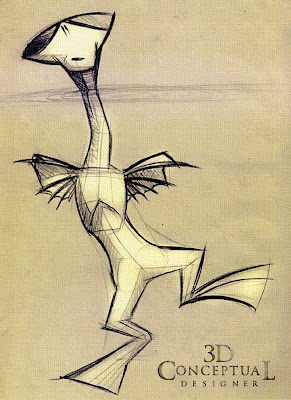 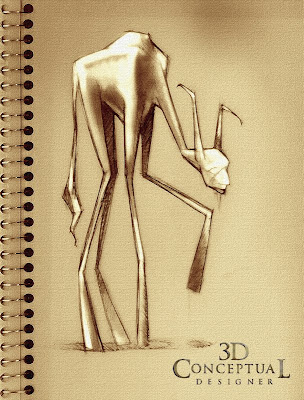 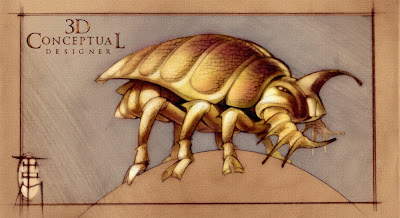 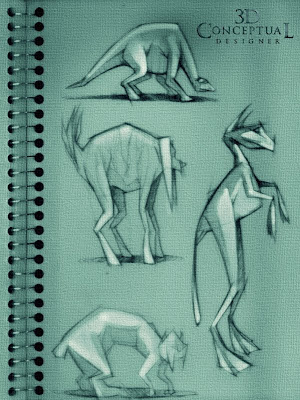 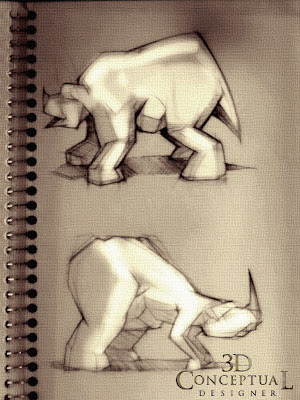 Cyan Worlds URU: Part I
In Y2K, I had the pleasure of going up to Spokane WA and working with one of the most talented conceptual thinkers I have ever worked with, the wonderful Rand Miller. I was brought up to Cyan from California by a great Executive Producer I worked with at WDI in Glendale, Susan Bonds. I initially came up to help with conceptual ideas, and it eventually grew to Creative Direction in creating new worlds for the Cyan universe. These posts are the first in a series and this focuses on the wildlife.

For the many worlds I worked on creating the look and feel for, the world itself, was the base to start with, but next was to populate these virtual worlds with creatures. You will notice some of the quick sketches don't show any details, just proportions, that was intentional. Since this was a real-time 3D world the creature design was tailored to the technology so the creatures were low poly in design. I have seen many an illustrator design a Real-Time character that is so complex once it is executed in real time it looses all details, so I work from the end and more forward designing specifically for low poly.

These proportional studies were done so that will all skin and fine detail removed what was the visual "signature" that was left from each creature. Some creature design ends up being identical proportions to existing animals or people, and is designed very subtle in a surface treatment. I went from the opposite end on most, so that the long shot view of these would be recognizable as something "alien" or otherworldly.
Posted by 3Dconceptualdesigner at 11:40 AM