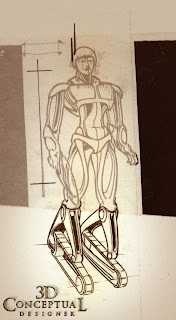 A mini BIOT on treads: So I had a technique where I'd slide the original on the glass in the direction of the scan to 'scale' it down, to get the shorty look[ remember this is pre good Mac's+PC's in the bizz], and that was the underlay. 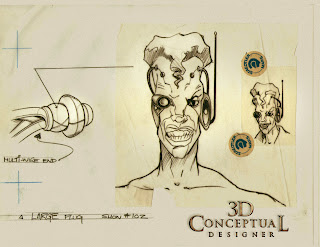 I revised the tech attached to Dr Jak from Peter Chungs concepts to fit the look of the rest of the tech, and here is the detail sketches I produced. 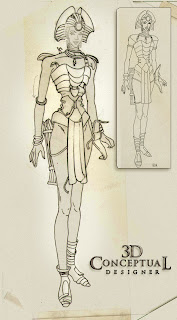 For the character Nia, I developed the costume all broken up and destroyed after battle with Graft[ .05mm pencil on velum. 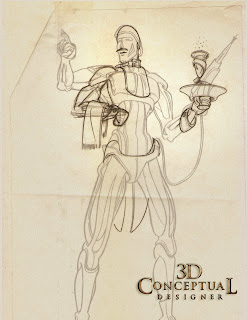 Here is a BIOT butler overlay.[ NOTE: The BIOT underneath is a very early Pre Production Model]

This is my 93rd posting for my work done on the Television 2D Animated Series, The Phantom 2040 from in the early ninety's.

Today I have put up a few underlay drawing I have for various characters from the show. As the lead designer for the series I had a 1000's of items that needed to be designed for the 52 episodes that eventually aired, and the sheer volume of design was what drew me out of feature film work, to be a full time Art Director for this series, it was a great opportunity as I look back.