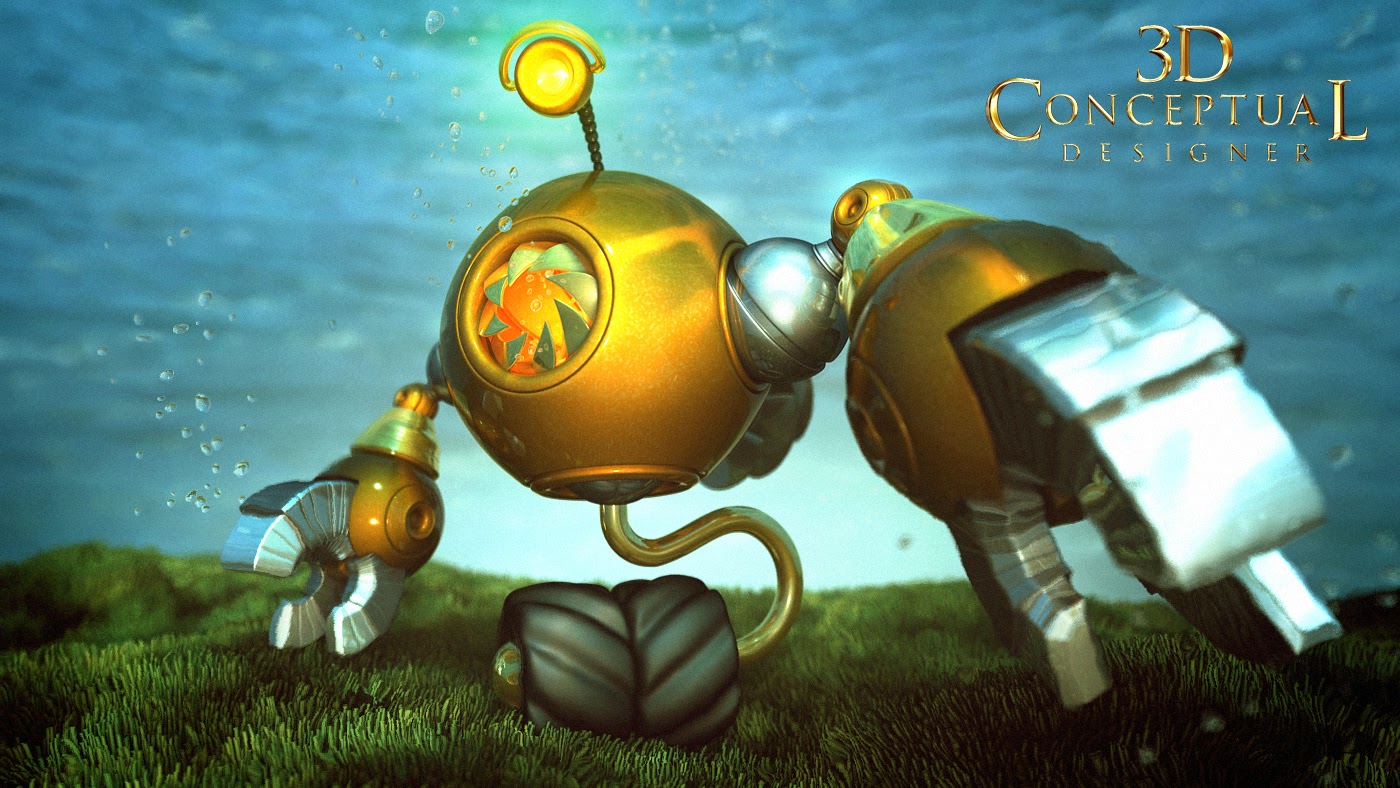 Here is my final Image produced for my little Robotic Crab 3D Character I designed this Past Holiday. 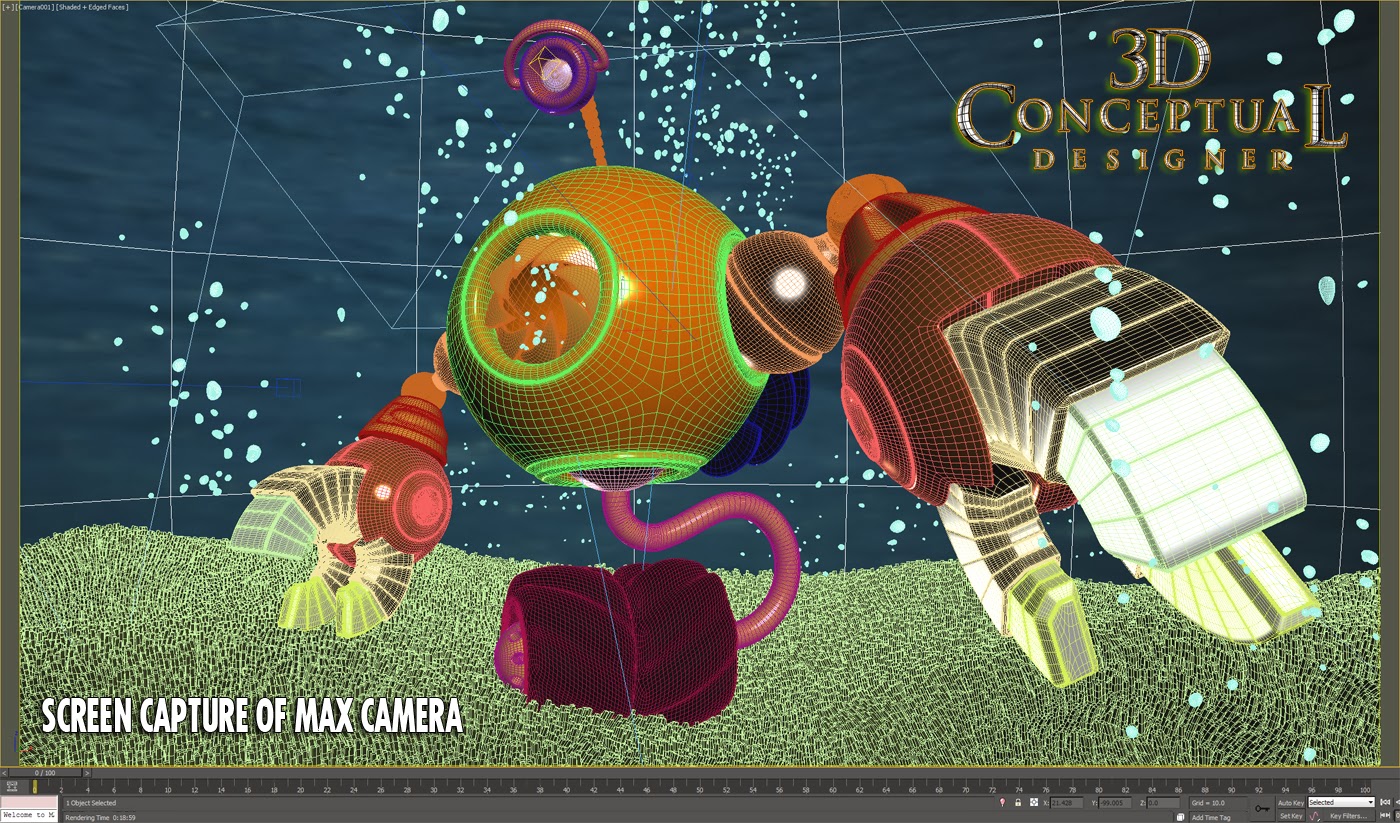 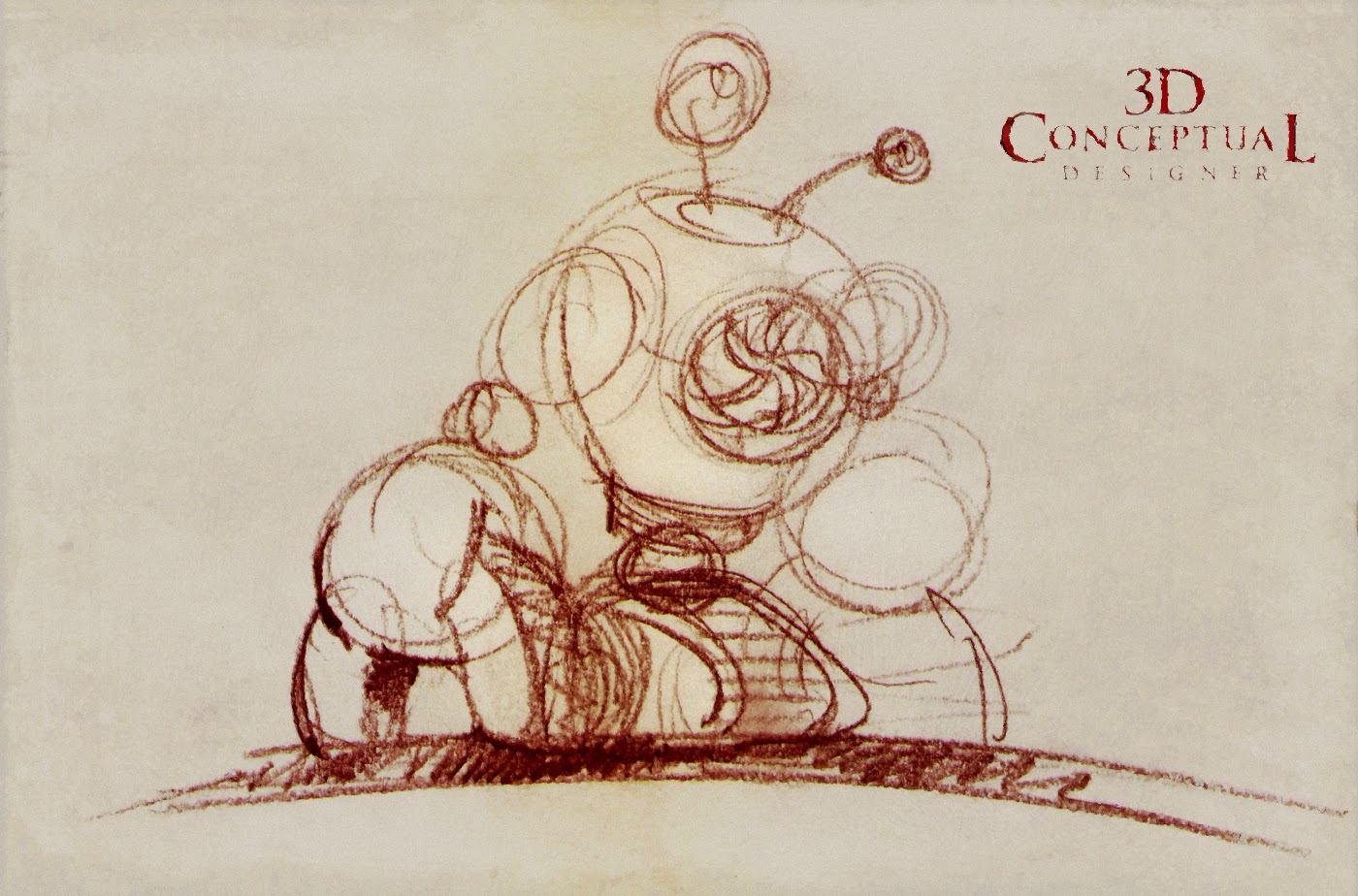 This is my little one minute sketch I did to start this all off. 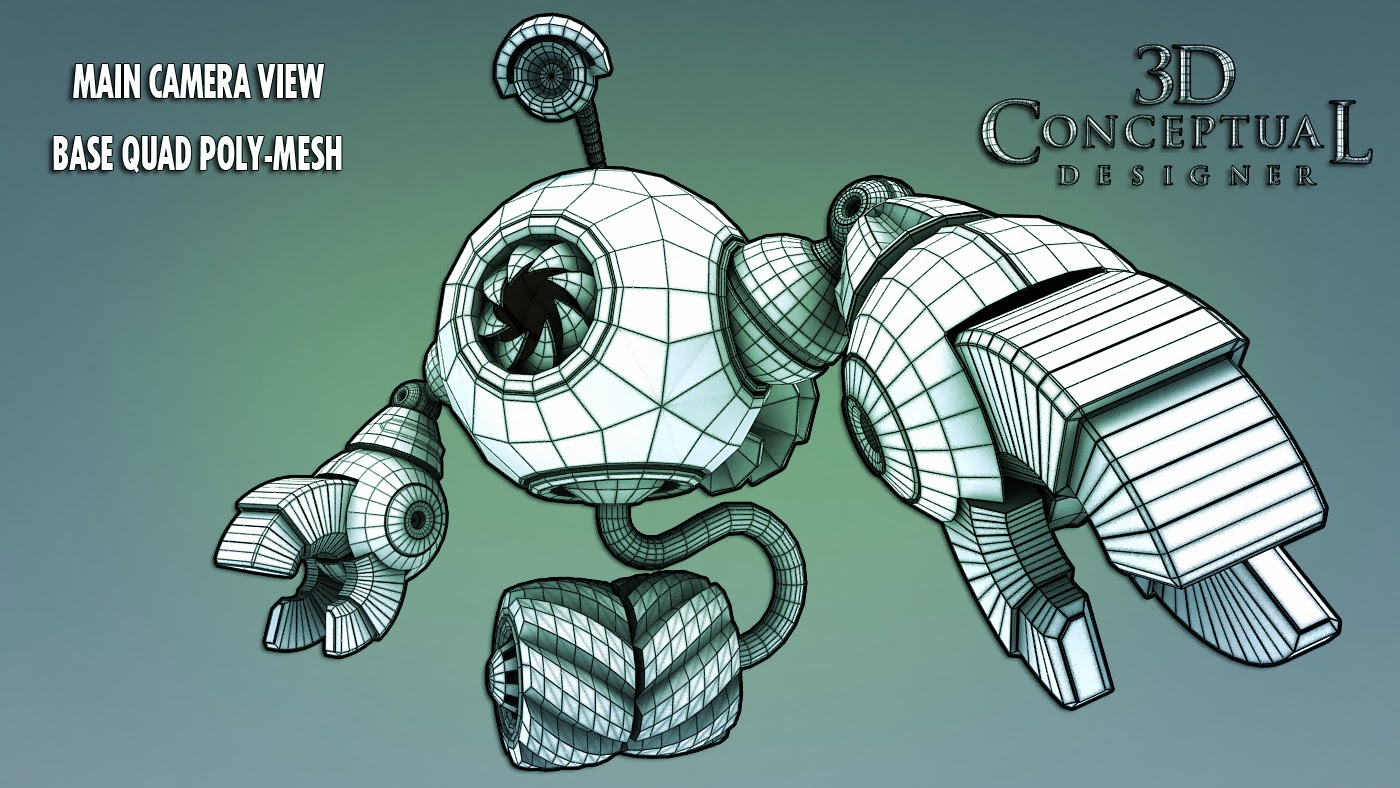 The base model is a full Subdivision model, and here is the main camera view in that Low Resolution form. 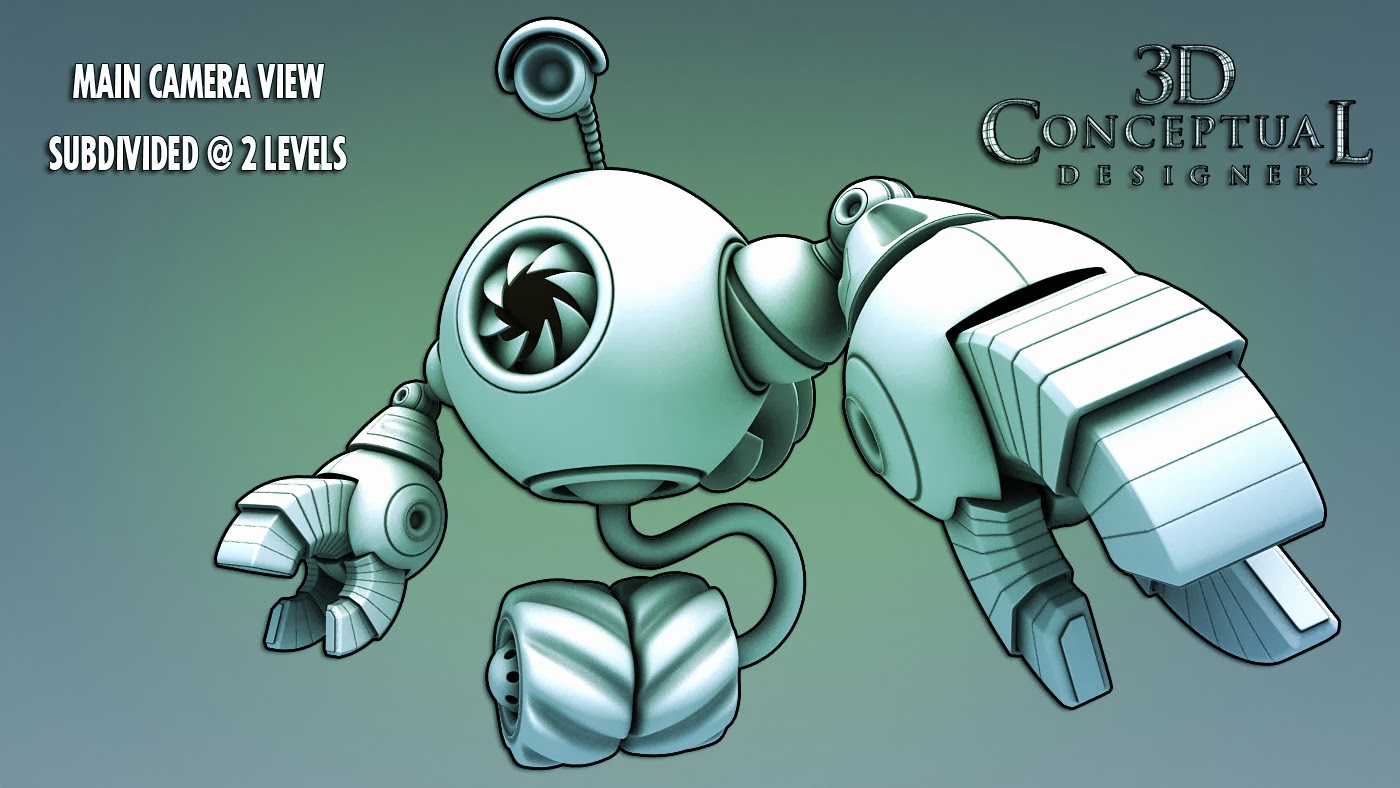 The above shot of my 3D Crab Robot  subdivided and smoothed for final use. 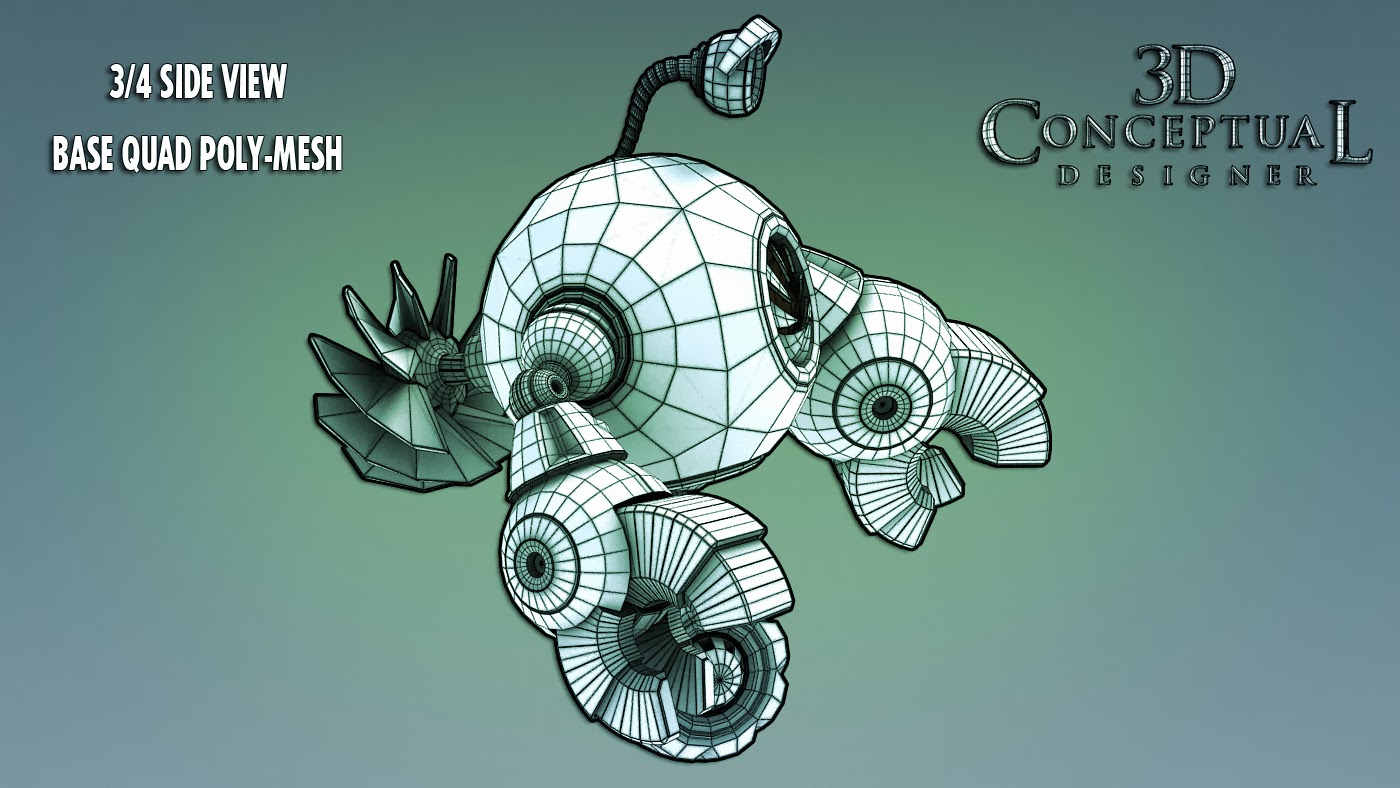 This side view shows the tripod like stance with the tail out back that is actually the propeller. 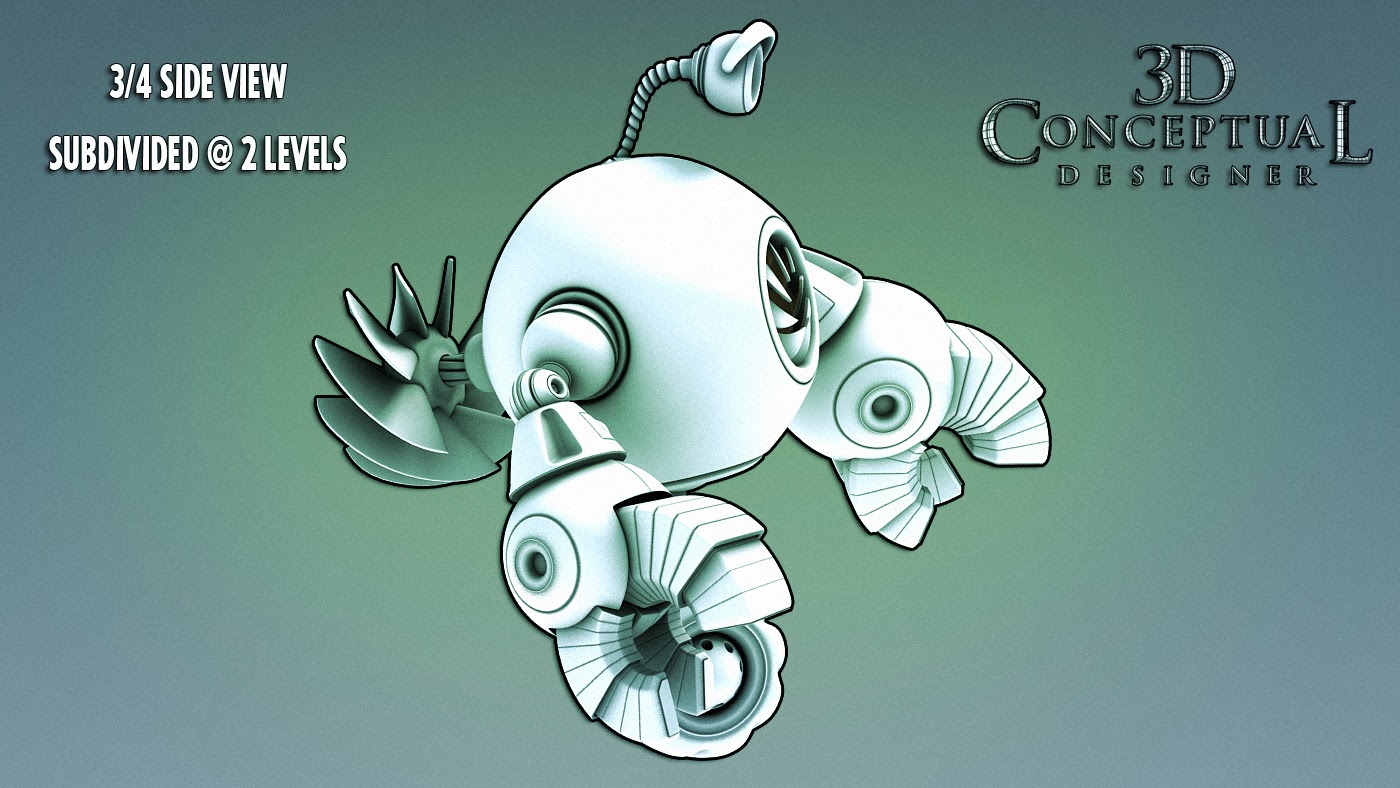 The same shot of my 3D Character subdivided as the final 3D asset. 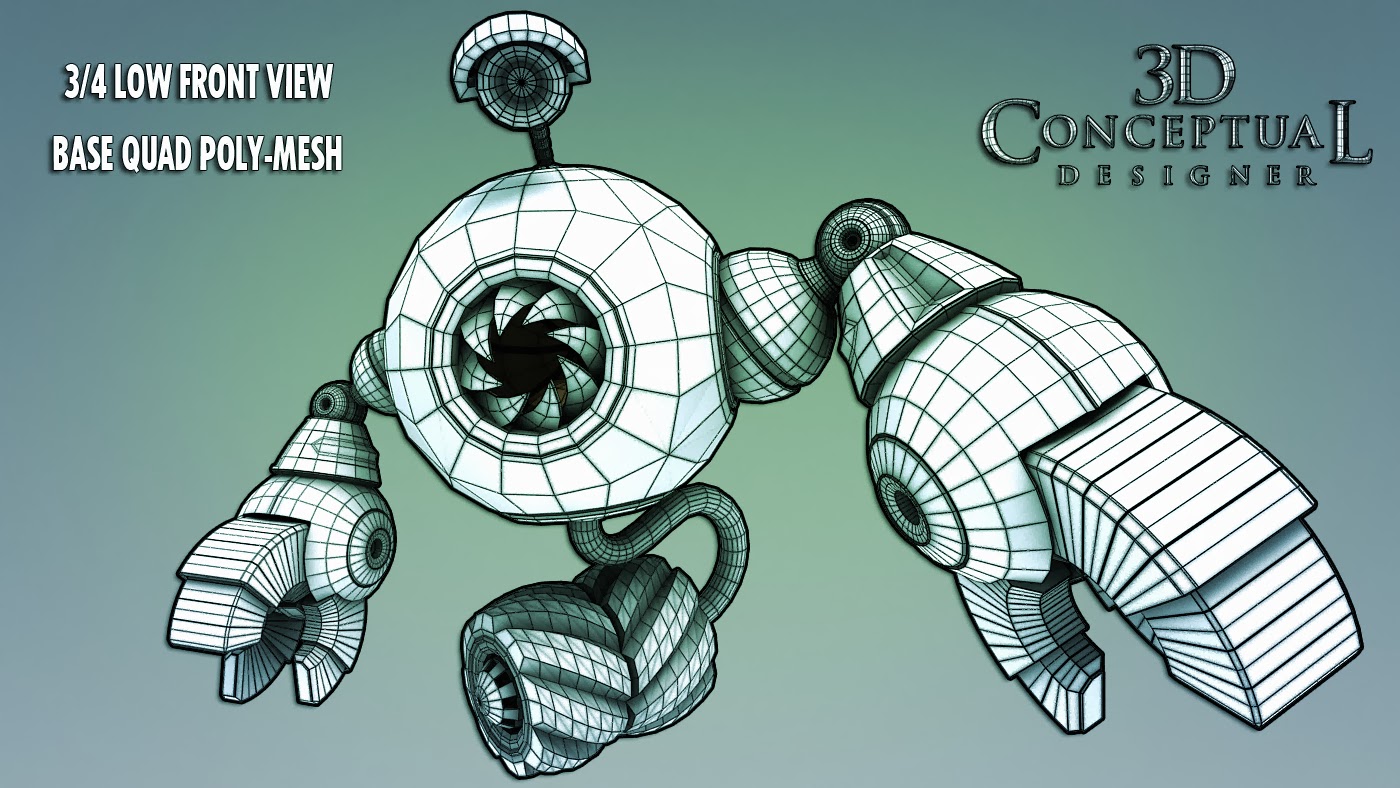 An alternate shot similar to the final with the camera raised up slightly off the Kelp Bed. 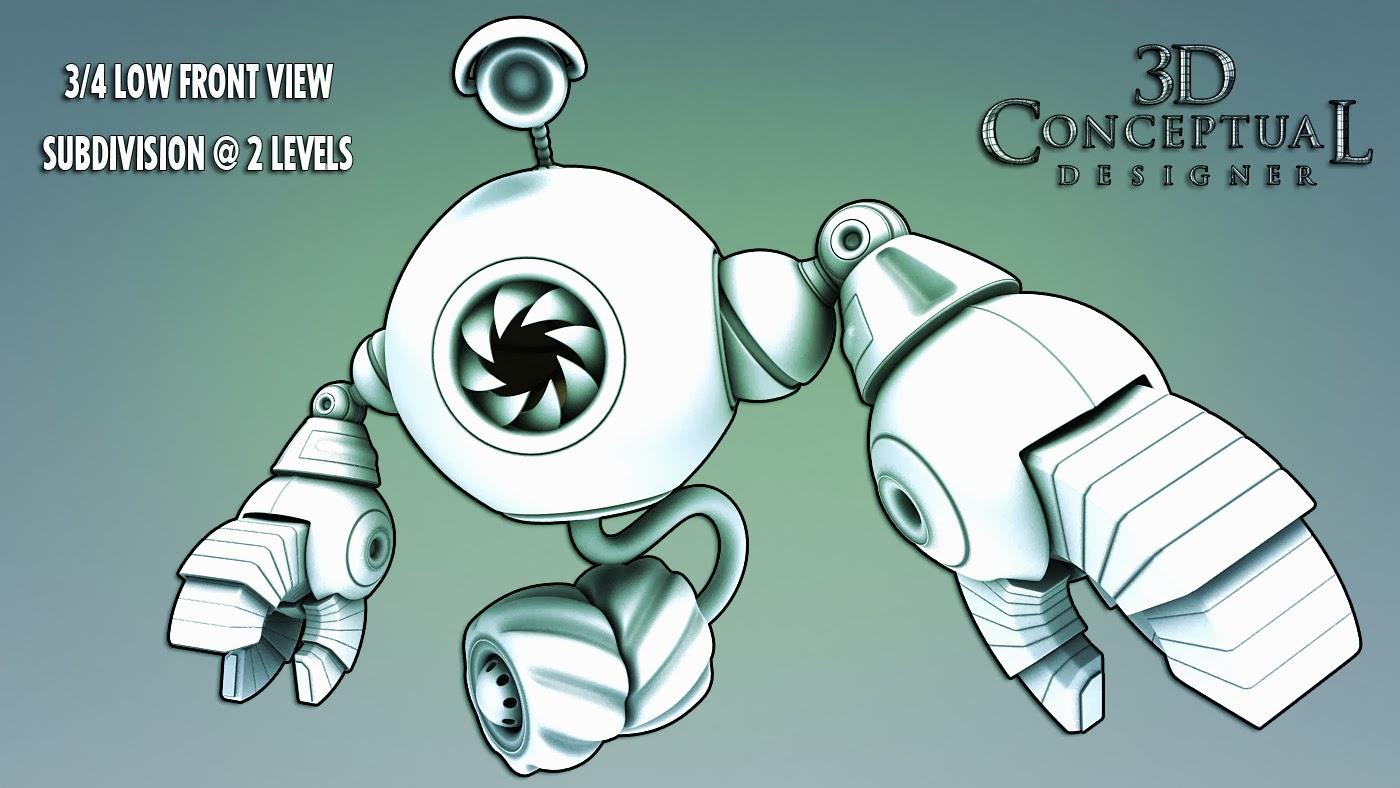 The Subdivided shot of the 3D Robot Character Design I developed out. 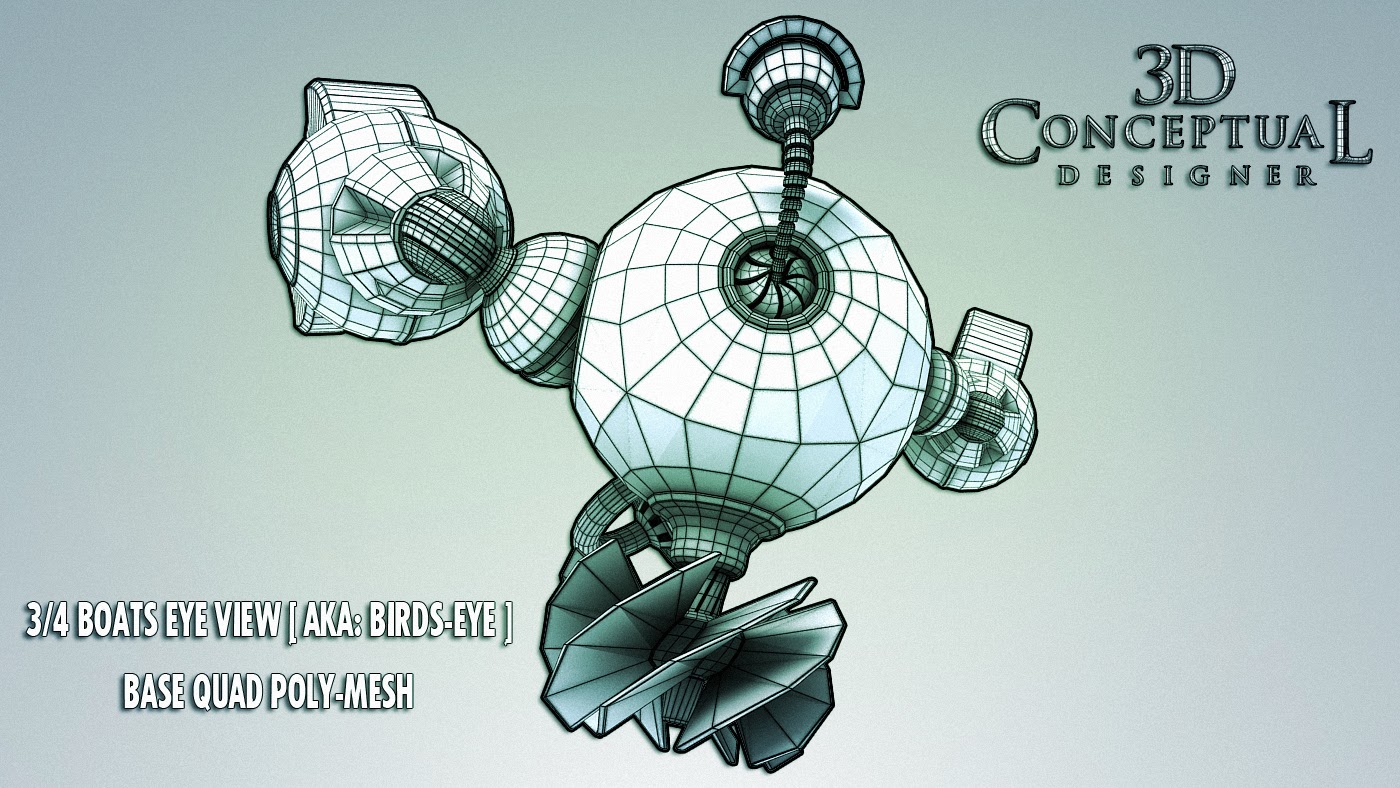 Overhead looking down] from the boat!] 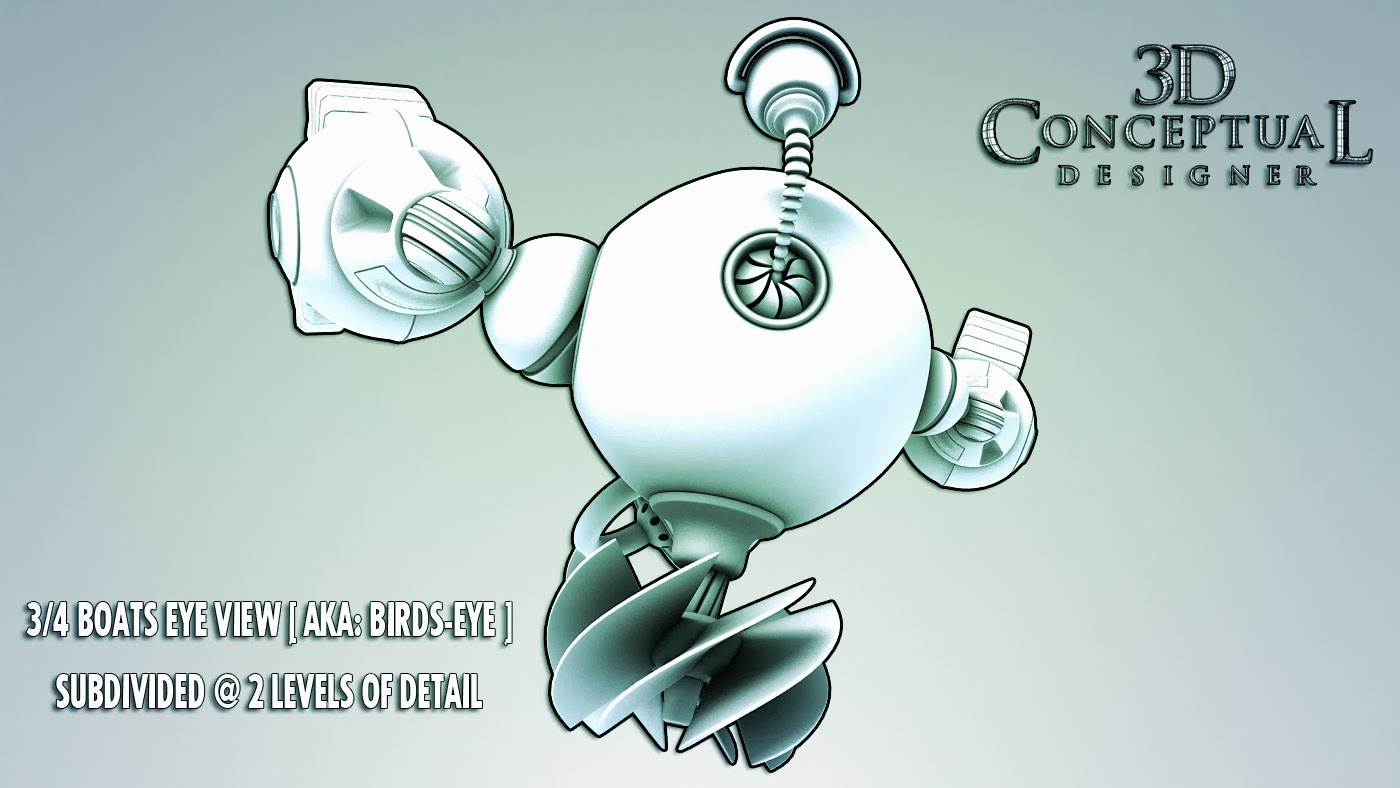 Same view from above the 3D Crab.
I did the propeller shaft as a twisted cable you can see that in this shot a bit.


Welcome Back! This is my first post for 2014, and my fifith year as a full-time freelancer.
During this past winter break I did a little personal project and designed out a 3D Robotic character of a small underwater Crab.

I worked on a very large robot project a few years ago, and I was inspired to do my own take on an underwater 3D Character. As a 3D Designer I did a micro sketch that took about a minute to get the basic feel of what was in my head, and blocked out the basic proportions,and then I go directly into 3D to design.

I built this little character out in the Tee-Pose so it is ready to animate in 3D, with some basic linking for posing, but what you see above is it posed.

A few design features I put into the little guy is that first and foremost, he is sphere based, not a surprise as I am infatuated with this basic shape as seen in my Bubble Car concept.

I love submarines as well, so underwater creatures are fun and so I added the propeller out back insipired by a early design I did at Cyan Worlds back in 2000 here.

I made the question-mark leg with a fully rotating little dualie wheel set to scoot along the ocean kelp beds.

Though I sketched two eye-pods, I went with a Cyclops instead that retracts back into the head via the iris up top as with a reuse of the the teeth on the circular mouth out front on the design.

Also, one arm was made much bigger as found in nature on various crabs, to change it up a bit I modified it in 3D.

About a 4 Hr build, with 2 Hrs to set up and render it out in the scene. A fun little personal 3D Design project for me to pass some time this Holiday season.