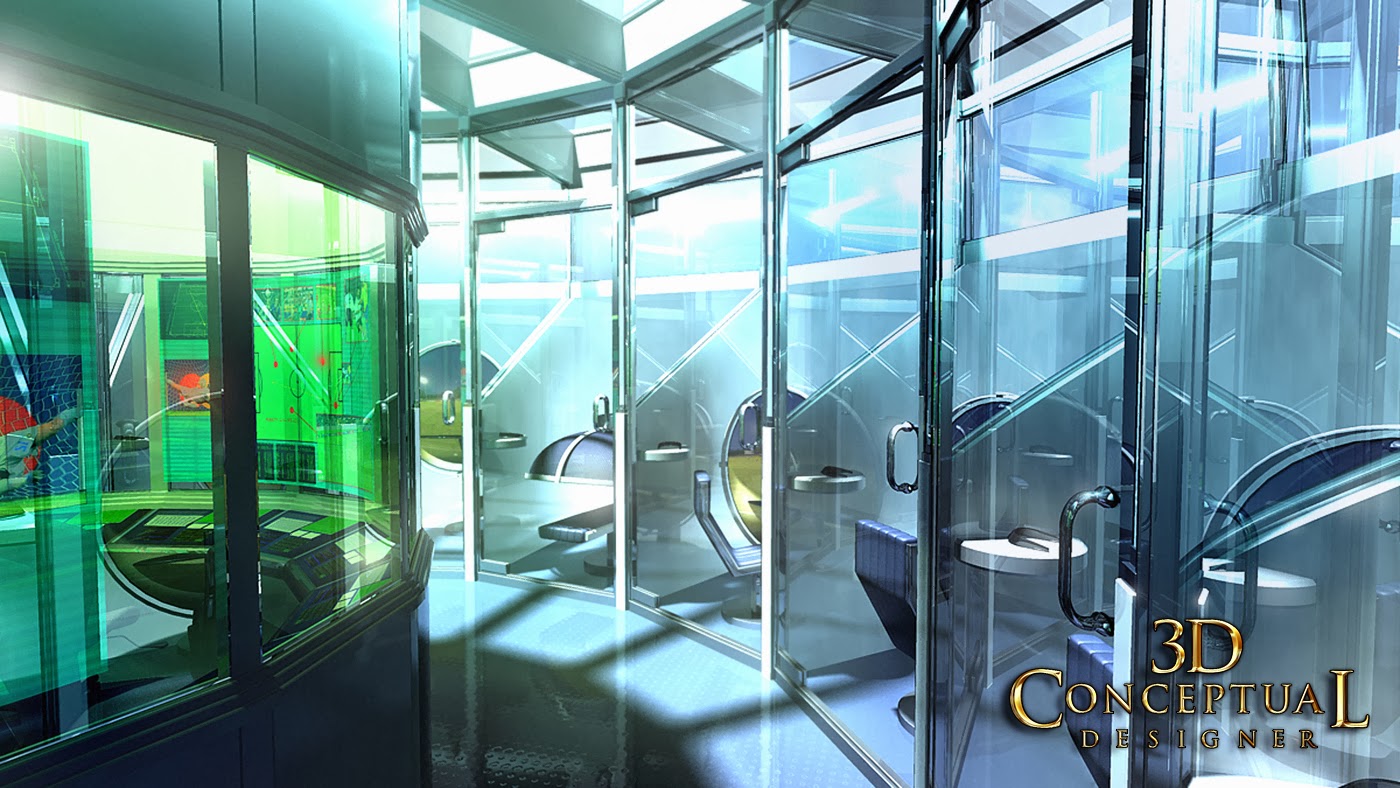 The first pass design in the circular space plan with each player having a glassed in Mindroom space with room for the Sports Trainers and Doctors to participate. 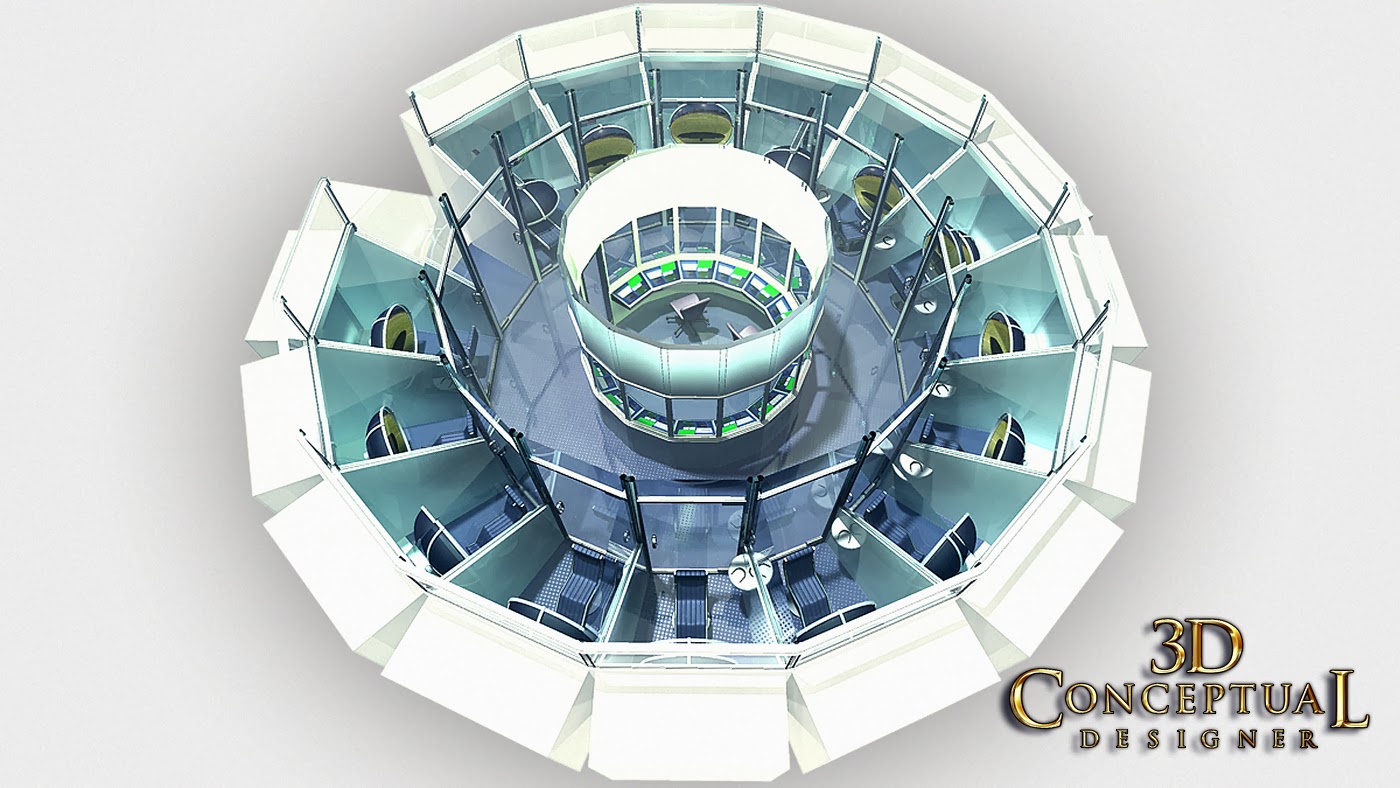 An overhead layout shot of that concept for the Mindroom. This early concept only allowed room for two to three Doctors in the central command and was expanded as seen below. 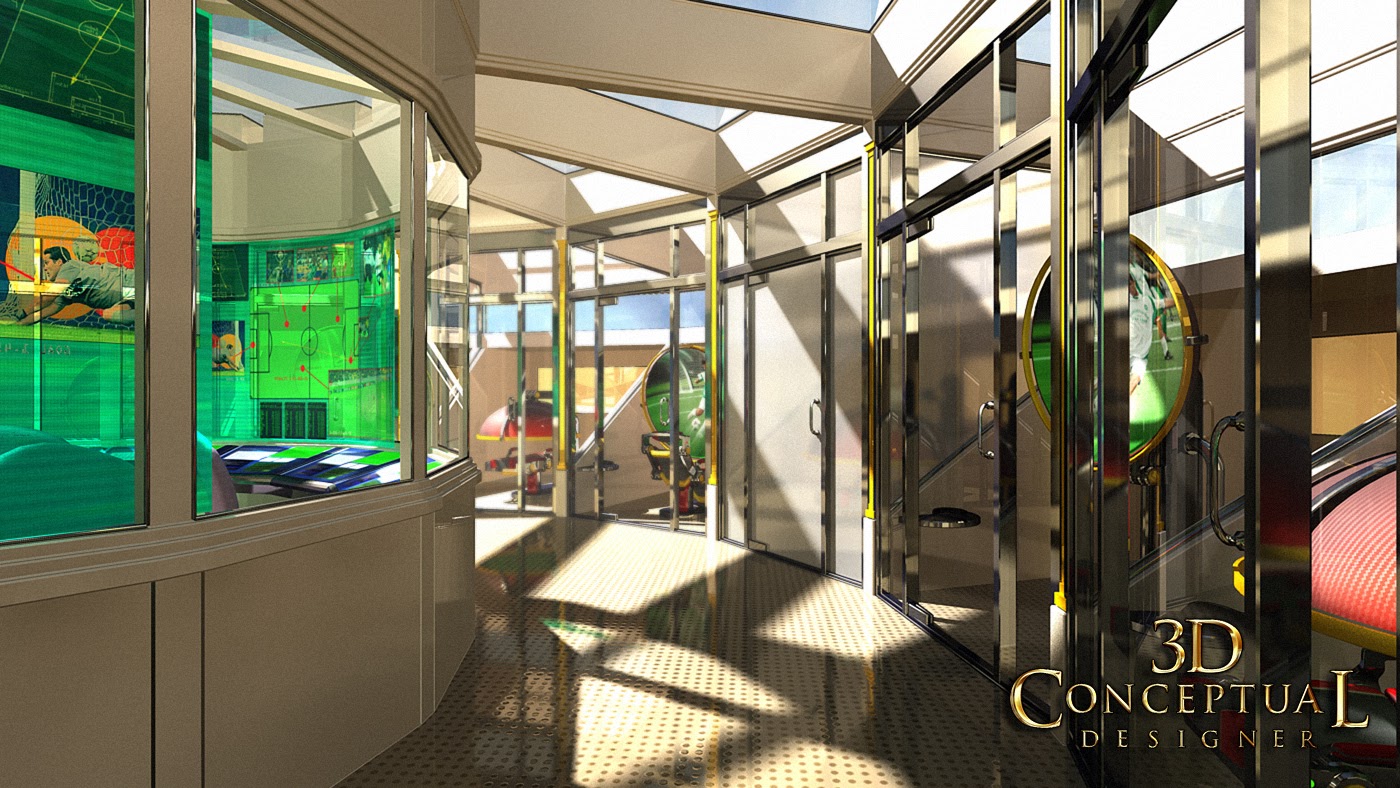 The final Design for the Sports Training Facility for the Mindroom done in colors to match a specific Sports Franchise. 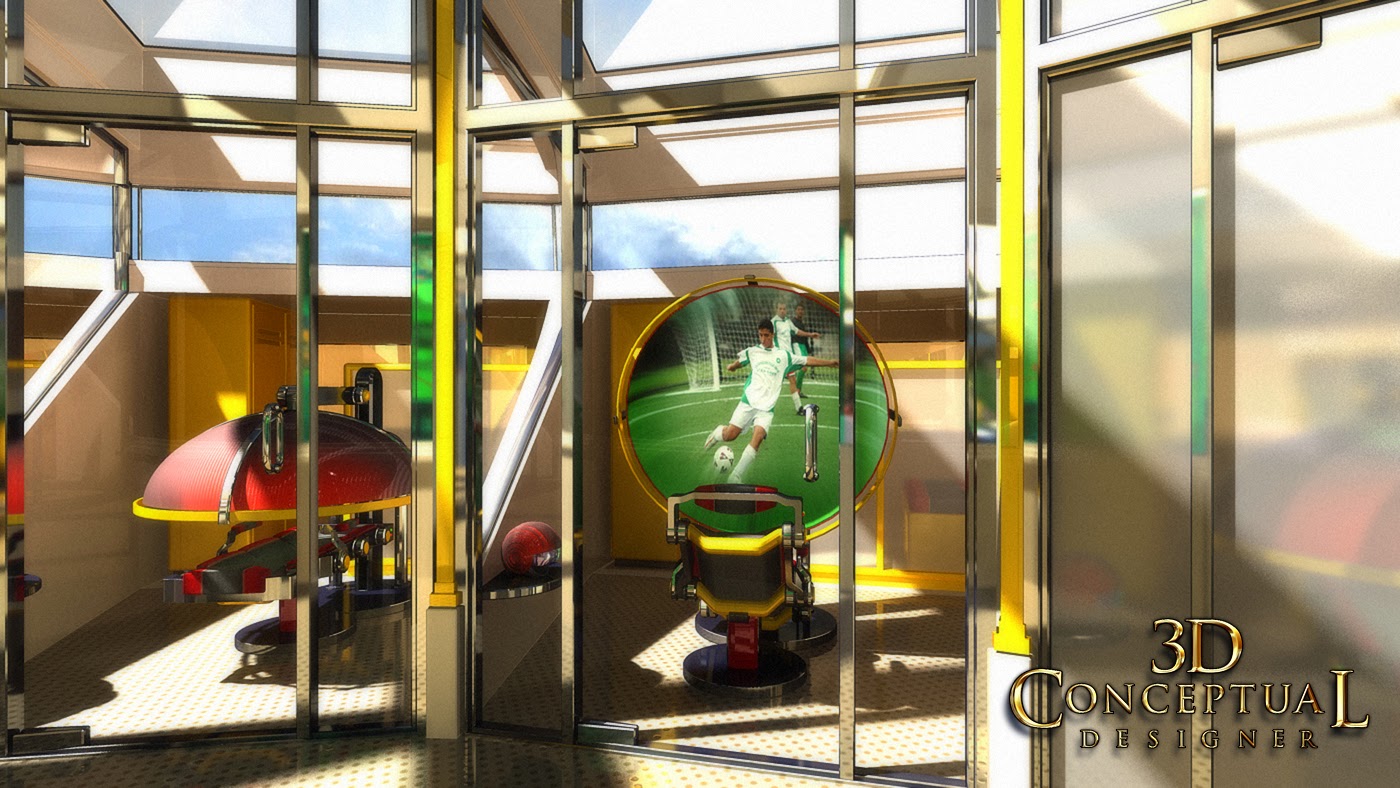 A shot into the individual bay with the VR dome up for the seated pose, and over the body when reclined fully flat. 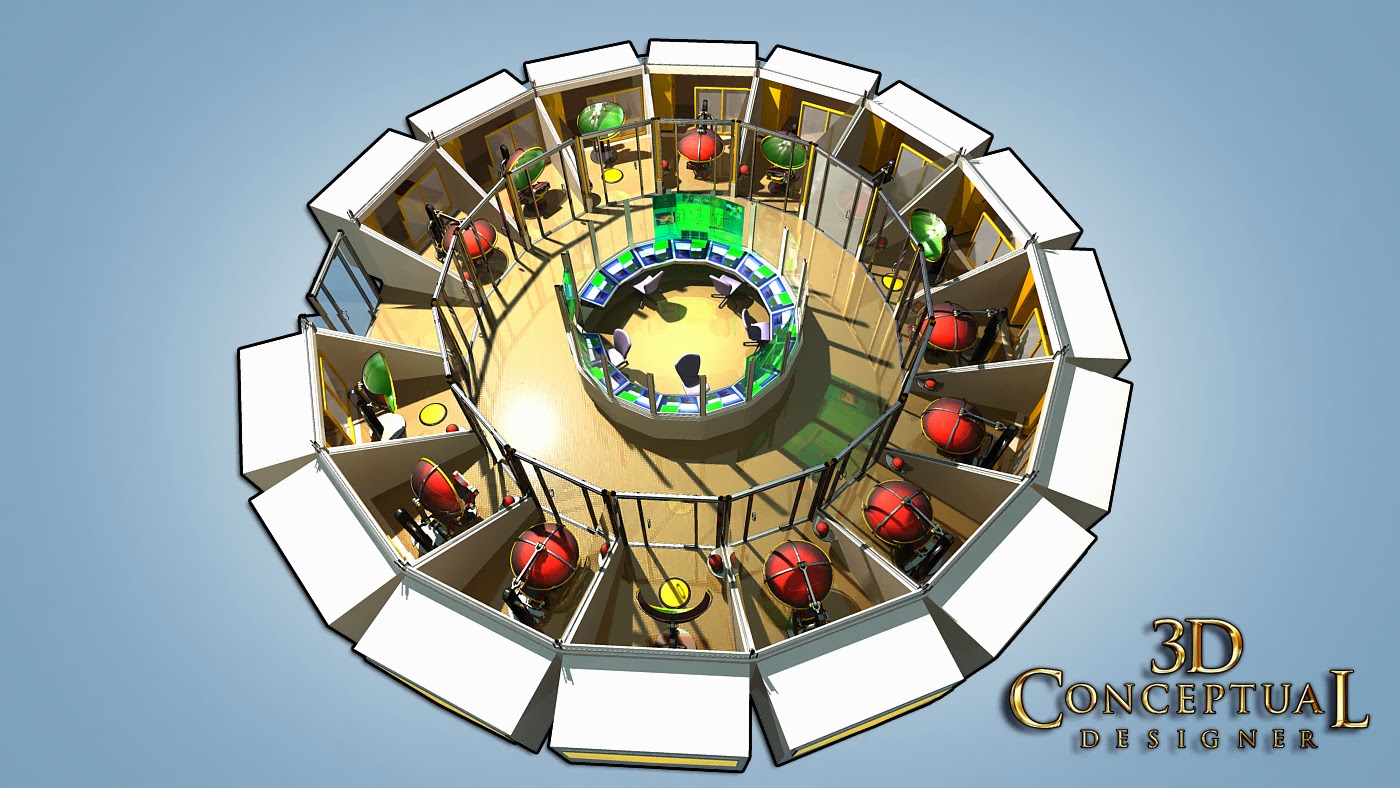 The overhead of the Medical facility layout with central monitoring for the final design.


Today in PART II of my posts on the Mindroom centers I am covering the second main use for the technology in the Sports centers.

This where the Medical technology was filed tested in Europe with various Soccer[ football] teams throughout the continent with excellent results in improved flexibility, stamina,and mental awareness all associated with the use of the Mindroom tech.

I was simply repackaging the technology for the masses, and in this case for various teams in the multiple application that this would assist the players in. The tech is the same as seen in my first PART I post for the high end Spa, with the VR dome and multi-postion table chair, as well as the helmet with EEG sensors and full VR surround capabilities so the trainer would be 'in there' with you.

Once again, a rounder shape was picked for the layout space planning, to allow for a central command area to monitor entire teams all doing the treatments simultaneously. Above you will see the early version in cooler colors before the parts were all worked out, as well as the warmer version which was actually colored out to match a specific sports team that this was being pitched to to 'brand' it for them specifically[ sans any logos].

In the coming weeks I will posting additional areas and the various parts in great detail so visit again!


Cheers, THOM
Posted by 3Dconceptualdesigner at 10:30 AM