The Photography lined up in the 3DS max camera view as they wanted it for the various one sheets and billboards ready for the 3D Set extension in Dumb and Dumberer: When Harry met Lloyd.

The RAW 3D Render right out of 3DS max using Final Render version 0 the first GI rendered I used back then.

The RAW 3D render combined with the the photography as an overlay to match.

The final PSD file I delivered to the team. 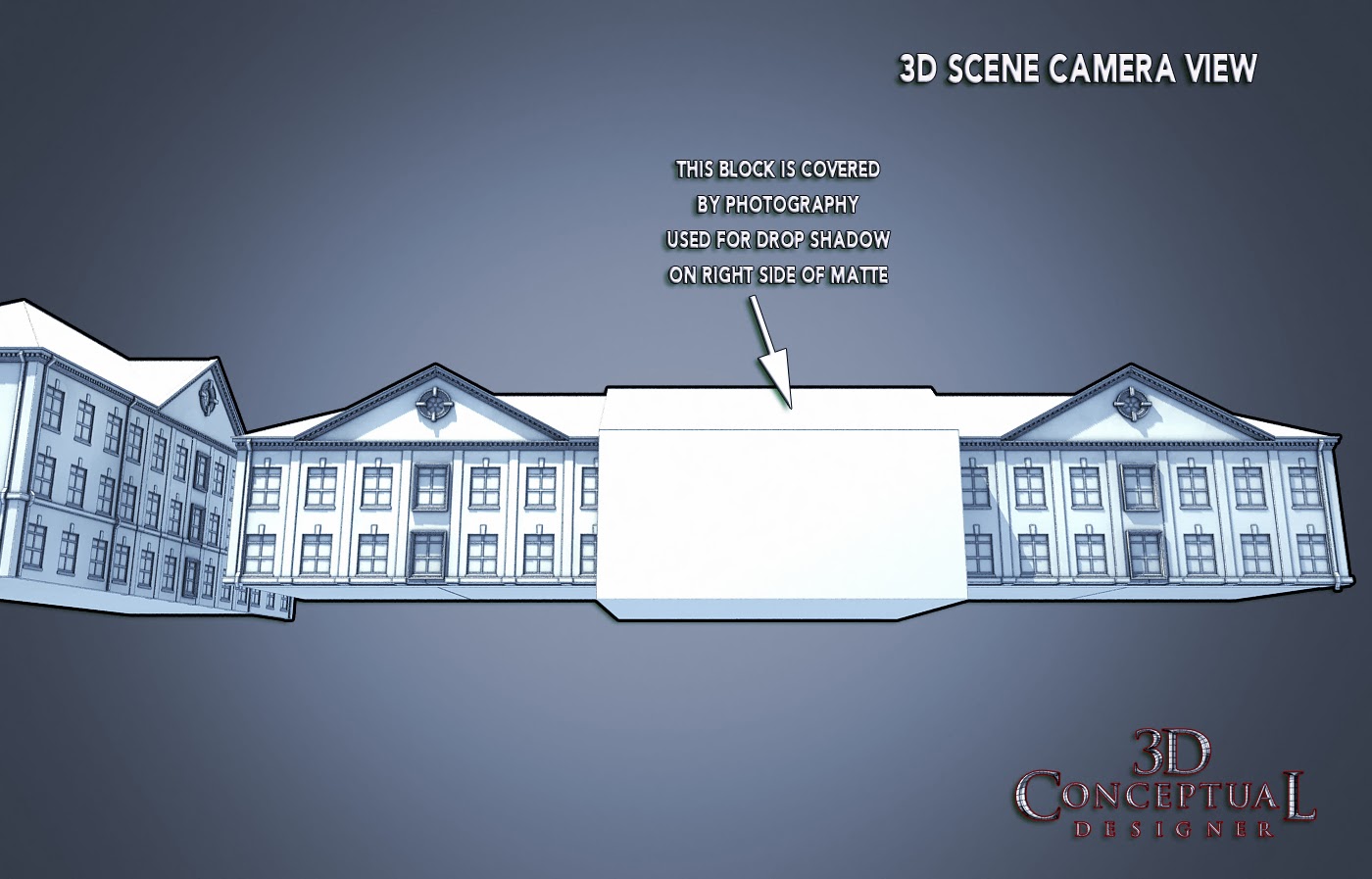 The basic Geometry I build quickly for the 3D Matte. 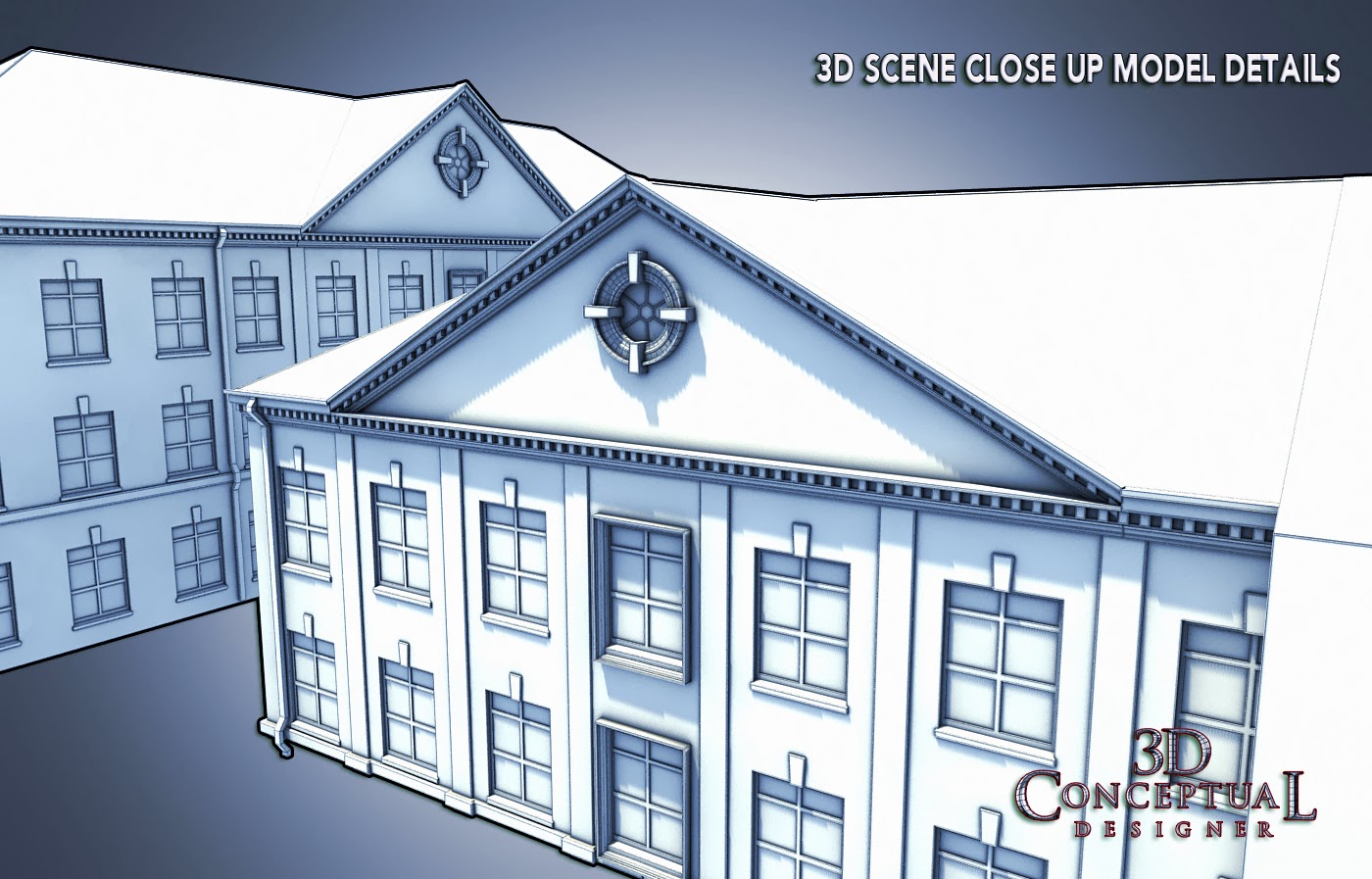 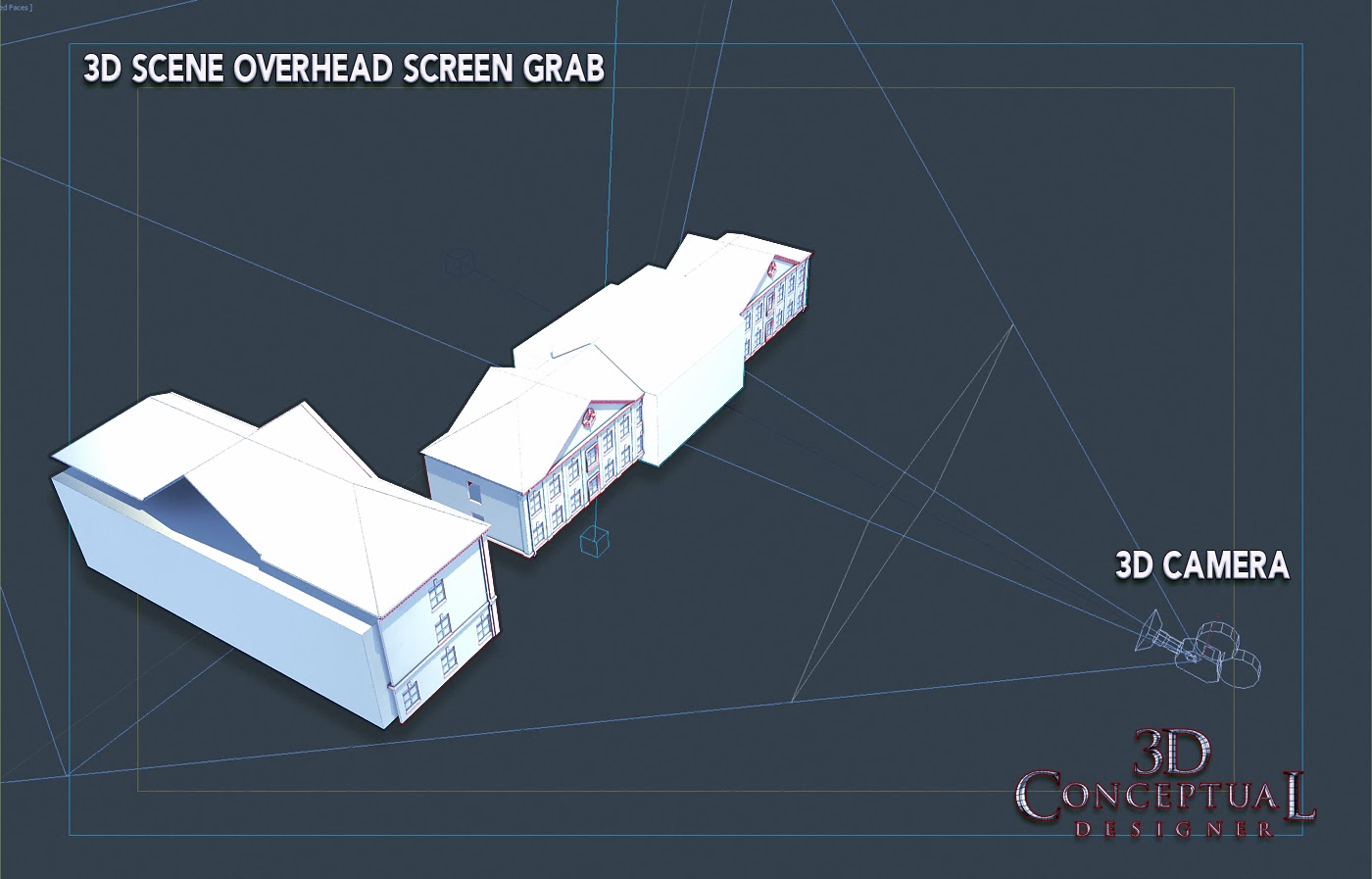 A overhead screen grab shot of the basic set up for the Set-Extension render.


Today I am posting a fun project from a decade ago now, an early 3D Set Extension Matte I created for some Key Art for the second film Dumb and Dumberer back in 2003 while I was in-house at BLT Communications.

A standard type of 3D Illustration gig is to create a set-extension asset at a different angle or proportion to enhance the posters for the advertising intent in various concepts. For this one, they wanted the High School in the film to feel bigger, so I was given a key shot from the photography from the set, as well as a sketch for the adjustments wanted, which in this case was a wide shot good for both the standard format posters, or One-sheets, as well as 30-sheet billboards that were landscape wide.

I built out he buildings and adjusted the camera to fit the principal photography, and rendered out the RAW 3D frame. I composited it in Photoshop, as this was a still frame delivery, and did color adjusting and distortions to match the lens and delivered to the team for comps as a layered file to drop into their work.

A fast one day gig, as most theatrical advertising 3D Illustration work has an extremely short turn around from concept to full render in less than a day.

Looking SO forward to the sequel, Dumb and Dumber to!