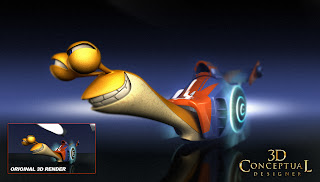 The final render delivered for the Teaser Comp pose for Turbo. 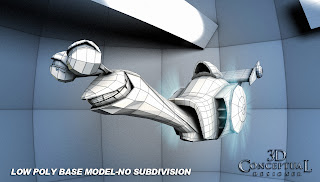 The base Low Poly mesh I created for the Turbo Character Comp back in July 2011. 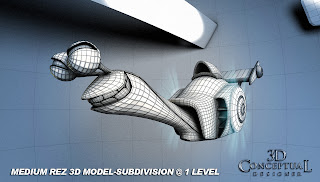 The file with Turbo-smooth[ no pun] applied at one level[ ruff]. 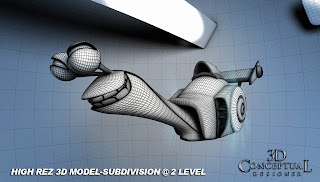 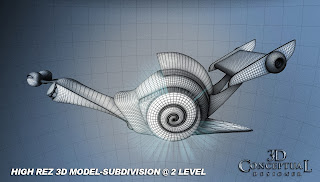 Here is another angle showing the higher[ sub-division poly model] I built in Development.

I regularly build out 3D assets for my clients from the various films they advertise for to use in the various posters, trailers, and websites they build, and sometimes I build something that only exists in concept form, or a 2D painting, because it is early in production. Today we review a project like this for Dreamworks.

Midnight Oil contacted me to build out the main  3D Character for the newly produced Dreamworks film, Turbo, and I was off to building back in the Summer of 2011.

The main Character was designed out as a 2D Concept Art Painting, and they did not have the model yet, so I built this from a single 2D concept piece and created the above 3D Character Illustration for Turbo.


A fun job, as I get only a few 3D Character jobs per year as 3D Logos are my bread and butter, but I do love to do these fun jobs in-between too.

Cheers, THOM
Posted by 3Dconceptualdesigner at 11:21 AM