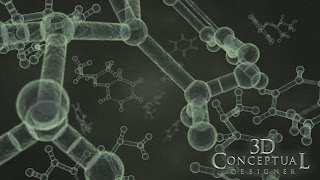 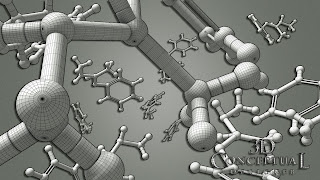 A Shot of the smoothed Geometry for the "meth' chemical model. 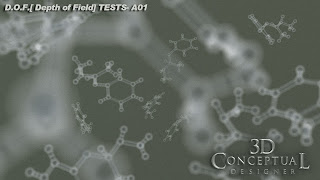 I did a set of DOF[ Depth of Field shot tests to see what worked the best for the 3D particle animations, and this is the first test shot I did. 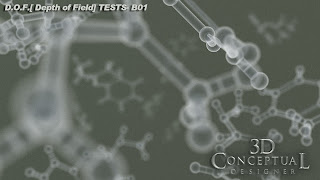 For each shot I moved the focal point in Z depth to test to look. 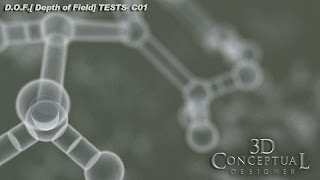 The camera target was close to the front in this test and we loose almost all background particle completely. 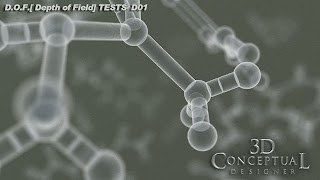 Here was a midway point so foreground and background was out of focus with just the center of the scene in focus. 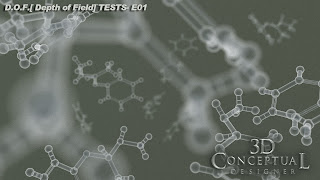 Here is a shot with the focal point moved 70% back in the scene.


Five years back now, I did some 3D animations and 3D Illustrations for the Blue-ray Menus for the Cable Series Breaking Bad. I had done a good number of menu projects for the Home Entertainment Department there and had worked extensively with Brain Larson who was Art Directing the job in the past , so I was tasked with this one day job for him.

I built out the chemical model for Meth as the show deals with the subject, so I created a Medical Animation using microscopics for the look as I had done on prior projects like this here, and here.

I used the Simbiont procedurals with the Xray texture as the base for the look.

I also played with the 3D Depth of Field settings, which we could animate in 3D to get some great focal length FX on the frames as these were delivered to the Art Director for the final AE[ After Effects]comp.

Cheers, THOM
Posted by 3Dconceptualdesigner at 11:35 AM