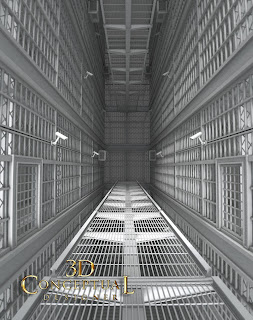 The first R.I.P.D. shot I did was closer to what was in the film, but was not dramatic enough. 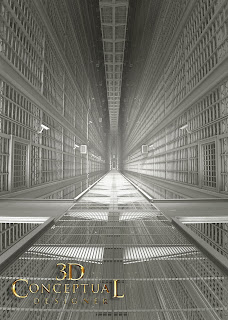 The second round I went about 600% deeper and taller since we see more ceiling area. Duplicated the cameras etc all the way back. 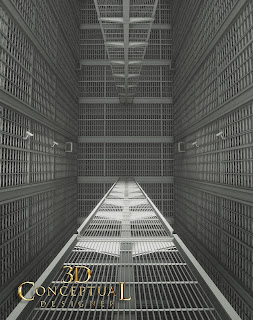 The We came back even closer in this comp. 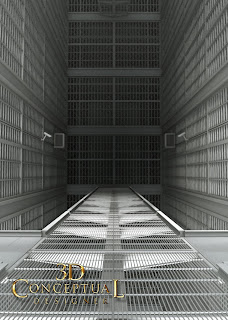 At the same distance I adjusted the catwalk design to a X shape with the cross-path with a solid floor. 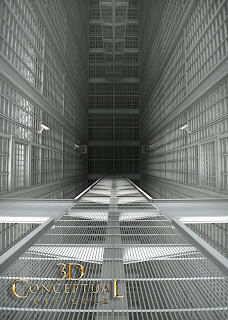 A pulled back shot with the new catwalk was what we ended with, until... 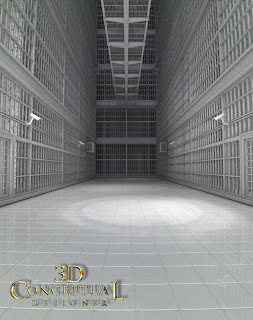 The alt with a fuly solid tile floor version was requested. Then I was done with the Jailhouse. 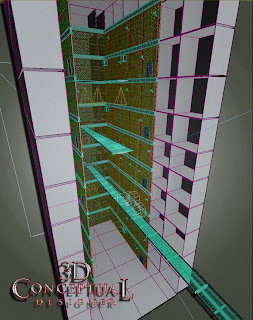 A screen-shot view of the first set I built. I basically copied these sections 6X to get the larger versions.

This is my third post for work I did for the Theatrical Advertising for the film R.I.P.D, as well as my second posting for R.I.P.D work that was performed for the Agency Gravillis Inc.

I was contacted by Vince again to work on this next room. The room is from the film and is the supernatural jailhouse, and they wanted to modify it to the proper angle and proportion for the comped Movie Poster idea, so I proceeded to build out the various elements found in the set from the film shot I was provided to me.

3D Illustration is perfect for doing these kinds of modifications , and especially true for a background made of of fine details like jail bars and screens as the old standard 2D approach of piecing it together in Photoshop gets difficult the more complex the items you must clone and bend to fit as this background had.

Also the film still was less than HD resolution so it would have been a very blurred "Frankenstein" comp if it was done in 2D, so they chose to go 3D so we had full control over the side depth and all over details angles and scale for a variety of ideas.

In 3D you build once and render many times,and this is where the saving is to be found.

You can view the Gravillis Inc's R.I.P.D work for PART I here, the bank vault room.