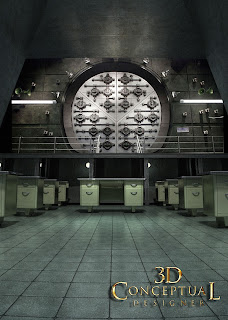 The Main shot as a RAW un-comped 3D render as delivered for R.I.P.D as a set extension render. 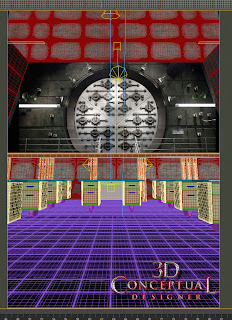 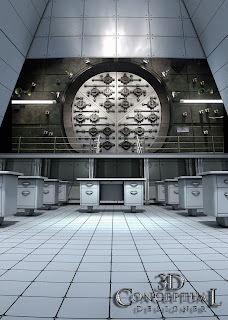 I give an Ambient render so as they retouch it in post they can add some lighting details with overaly work. 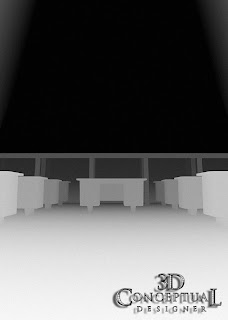 I provide a Z-Depth mask so they can pick objects based on distance for Tilt-shift or other Camera FX. 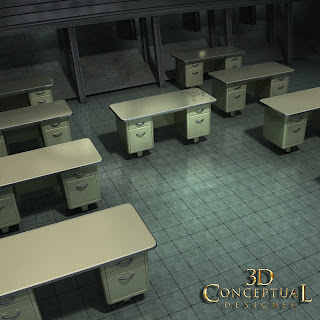 An overhead shot of the desks I built out for the foreground. 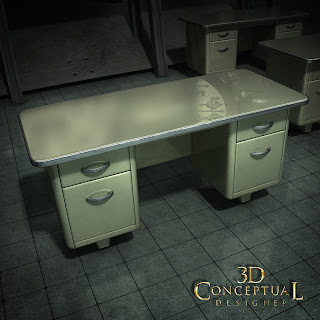 A view up close on the metal 50's desk I reproduced in 3D.

This is my second post for work I did for the Theatrical Advertising for the film R.I.P.D, but my first for the Agency Gravillis Inc. in which this was my first job with them.

I was contacted by Vince to help them do a set extension for a shot they wanted for a poser concept, so I was provided with a clean back-plate and a few extra shots of the desk design I needed to build out for the custom shot.

The back-plate as all photography, has lens curve to it, so I always use the Final Render[FR] extra Plug-In cameras for these shots, since I can align the curve in my render to the curve in the back-plate lens.

All regular 3D renders and view ports show straight lines, so trying to align to a curved shot is very difficult, so over the years I have developed a pipeline for this with FR. If you look at the screen grab above you will see the straight walls as seen in the program, yet you can see the curve in the renders as they all use a Distortion Curved Lens in FR.

Also I was able to adjust the room to compensate for perspective differences with the talent that sat on the desk up front.

I did half a dozen rooms for them for R.I.P.D, and will be posting them over the coming weeks, so come on back!

Posted by 3Dconceptualdesigner at 2:20 PM