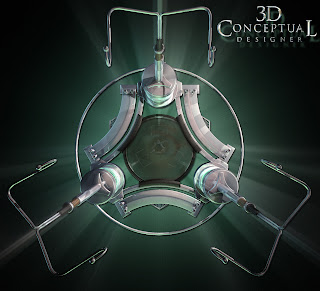 The main symmetrical front or top down shot on the eye clamp I designed for the posters for Minority Report with a reflection of Tom's eye in there. 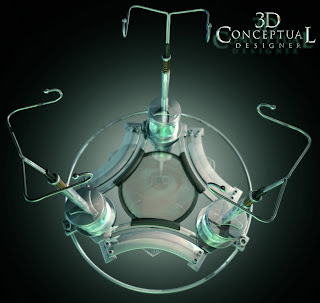 A 3/4 shot on the eye-clamp from the work I did for pitching the Minority Report advertising. 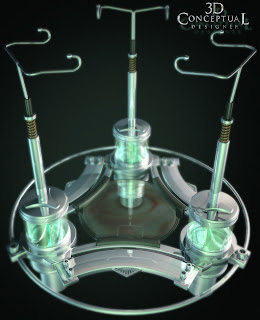 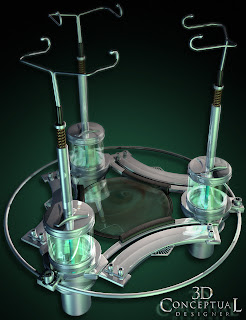 And one more 3D render that is now rotated to not be symmetrical with a bit of DOF[ depth-of-Field]. 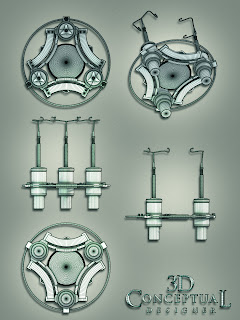 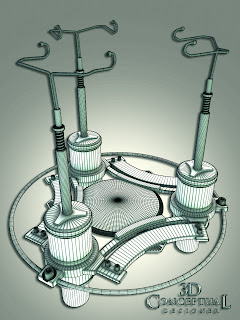 A shot of the base mesh[ built all high-poly] not sub-d as I now would tackle this project as.


I was freelancing for BLT prior to coming in-house there for three years, to build up a 3D Department, and Minority report was a very early project that I had done the badge for here, and they had me move onto a tech medical device that was to be used in the film to remove the eyes of the main character to swap them out to untracable ones.

As with many projects they did not have reference images to send to me of the device, only a shot of something pulling on the eye itself, so I designed out this Medical device for a series of movie poster ideas.

If you look closely, you will see that I used a few parts off the badge directly, including the center and the little 'grills' , as well as following the three pointed concept design established for the badge I mirrored it here in this prop I designed.

You can review PART I on the badge here.