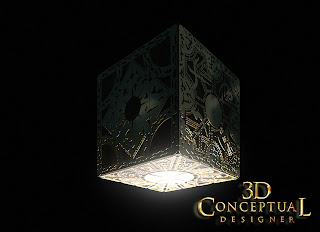 A simple closed position for the Puzzle Box I built from Hellraiser. 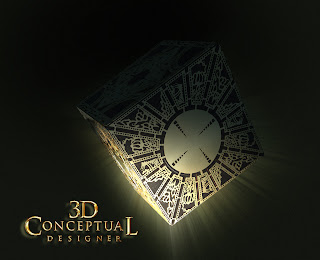 Here I rotated the Lamont Box[ Puzzle] still closed up. 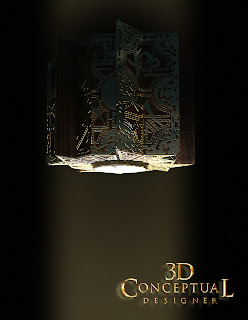 A volumetric light from below with the floating Lamont box above, no NOT that Lamont! 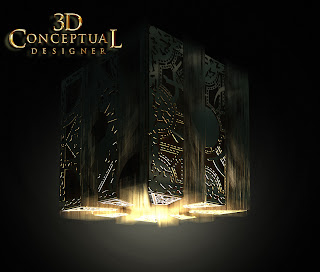 The Box is opening up and this shot caught it in with the 3D Motion Blur ON. 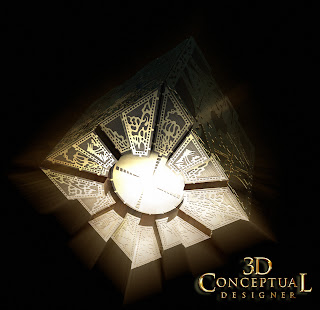 Another 3D Illustration of the Hellraiser Puzzle with it opened up and rotated around a bit. 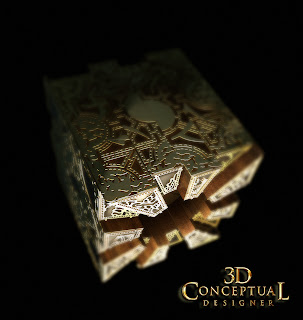 A bit of the Tilt Shift Focal Look in this shot of the Lamont Puzzle. 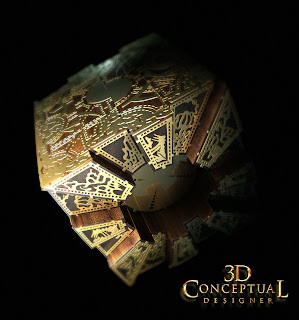 Here is a shot with focal and lens effects with some warm to cool lighting on the floating Pinhead Homebase.


This is my second post in the series of work I performed for a pitch to re-boot the franchise for Hellraiser back in 2008.
Today my post is covering the Lamont Box[ Puzzle Box] I built out for the comps for the Print presentation for Hellraiser[Re-booted]. If you are unfamiliar with the films this is the key prop that is in every film, so without attempting any redesign on that item, I built out a virtual version of the puzzle that was animated for a Motion Graphics counterpart, as well as using some motion blurred frames for print.

The Idea was simple a series of floating boxes at various angles with the puzzle in a variety of stages to be solved. I played with depth of field and focus as well to get some fun looks.

Most if not all of the Puzzle Boxes I rendered out were floated above Pinheads hand below which was shot live action for the comps.
I will do a behind the build on this in the future to show the complex spline etchings and how I made them quickly for this fun little gig.