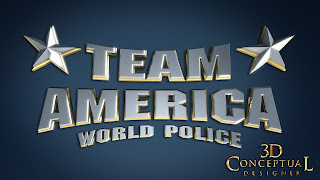 The main Title Motion Graphic I did for the TV spots back in 2004. 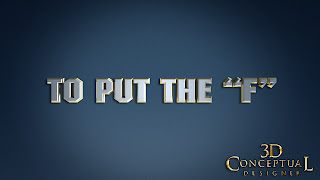 Internal card used in a TV spot for Team America. 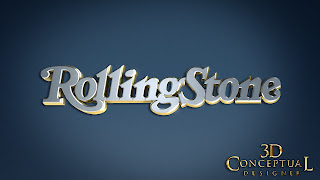 I also did the Rolling Stone Logo in the same two layer chrome and gold stack. 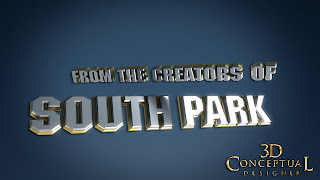 Here is an early frame in the fly-in as the type scissors into frame with each line as a group. 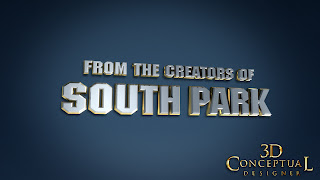 Here is that above scene with the type seated. 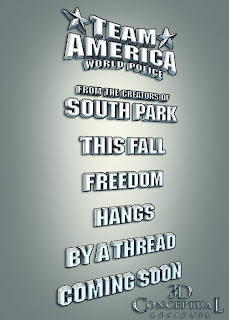 
When I was the in-house 3D Design Department of one at Cimarron from 2003-2009, I got a few chances to work with the Motion Graphics team up on the 2nd floor, and I was tasked with creating these 3D animated Graphics "cards" for the TV spots we were cutting at The Cimarron Group back in 04.

The look was setablished for the theatrical , and I did our own take on the type for TV, and we finished out a series of commercials using these 3D cards in the trailers.

All cards flew in at various angles, to slam into place with some tilt on the camera to show of the '3D-ness' of the type.

A fun little project for the boys from my hometown, Littleton CO.