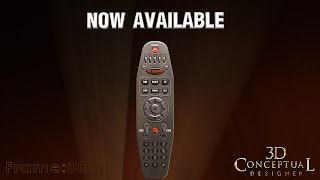 The FOX opening frame for the On Demand trailer button from 2007. 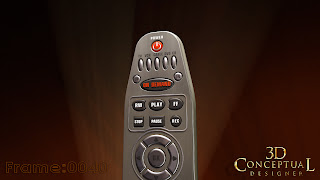 I built out a generic Remote with some polished metal rounded buttons and trim. 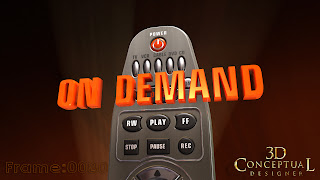 The Type in the main button in the middle of the remote flew out at camera and filled title safe. 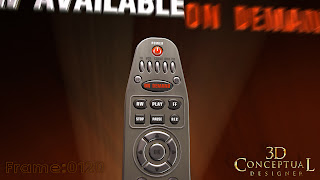 The new type slams in with 3D Motion Blur on. 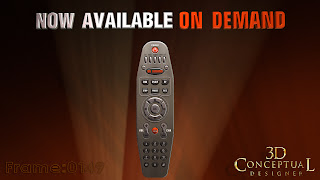 Here is the last frame 0149 , of the five second piece I rendered.


About six years back I was in-house in Hollywood at The Cimarron Group, and I did this little bumper for the FOX client out of the International Division.

I designed a generic remote, built it out in 3D space, and animated and finished this piece for the Motion Graphics team upstairs from me.

It was a basic five second piece of a 3D remote the drifts to camera and has some type animation imbedded into the 3D footage I built. We rendered the final in only SD, though we used the entire 6 PC renderfarm available to us to do the multi passes.

I saw the new revised Motion Graphic on a FOX trailer a few weeks back now that this was retired.