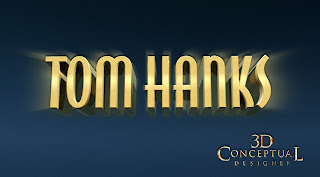 Motion Graphics cards from The Lady Killers from back in 2003.

I used a slight fish-eye lens on these using Final-Render. It has a Real Fish-eye setting Camera that ships with the Plug-in. IT ROCKS! 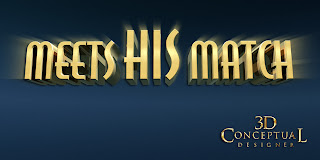 The last internal card with all gold used.

Here is the final card, the title with glass in the center.


Back in 2003 I was in-house in Hollywood at The Cimarron Group, an Entertainment Advertising Agency, and I was tasked with some 3D cards to deliver to the Motion Graphics team for The Lady Killers, the then new Tom Hanks flic.

I had just started the prior month, so this was an early first job I delivered to Motion Graphics. As a department of one at Cimarron, I was responsible for all 3D assets for Print, AV,and the web.

These cards are simple three layer stacked plates, making up the final design.

I put thin gold brushed metal plates on front and back, sandwiching a central deeper plate. I did do the final Title with gold glass in between which was my first sell to them on a glass card. FUN!

Posted by 3Dconceptualdesigner at 9:31 PM