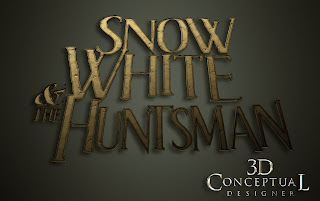 The first pass look I did was a flat faced font with a slight extrusion into the font mass. 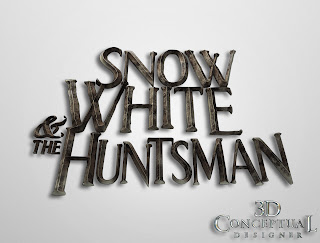 This 3D Model is what finished for the trailers over at GreenhausGFX, for Snow White and The Huntsman. 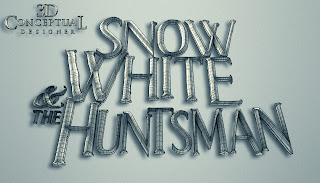 Here is the base mesh I built with a concave bevel in  Single Point Bevel. 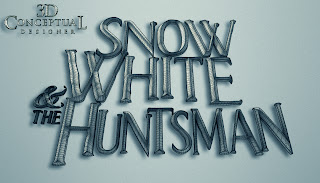 Here is the version in Russian I did for Ukraine.

Here is the Korean Translation of Snow White and The Huntsman I did as well back in March of this year.

I regularly build out 3D assets for my Motion Graphics clients to use in their trailers, and I did a series of 3D single-Point-beveled hand modeled fonts, for GreenhausGFX for the film now in theaters , Snow White and The Huntsman.
I was given the vector file from GHGFX, as it was locked in already, so I was to tasked to build it out as a hand modeled font and I did it as a Subdividable Quad Polygonal Model.

The client returned back to me to do a few translations of the title for Ukraine, and Korea, both Single Point beveled as well, with the Korean as a clean look, but the Russian was roughed up like the original title.

I also worked on this for another vendor, just last month for the opening to help out, though what I did for them was a clean version of the title with no roughness to the outer edges at all, and they went Gold for the finish as well. Look for that post in the future.