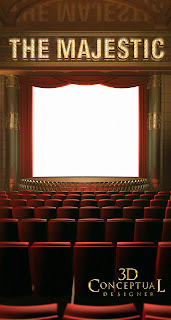 Here is the first tall format 3D render I did for The Majestic Hollywood Reporter Reviews a decade ago, pre-GI. 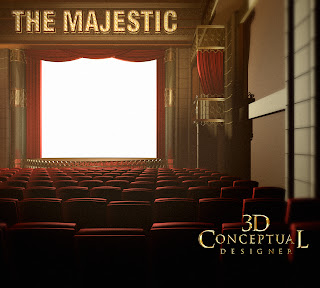 Here was the two page spread I was directed to create as well, a 4K final render. 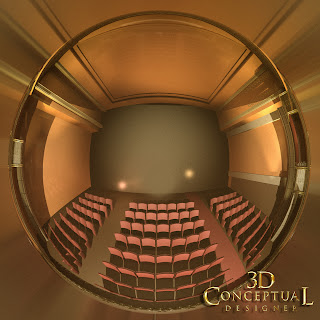 I made a reflection sphere from the screen position to have a map of the theater for reflections for the back of the room. 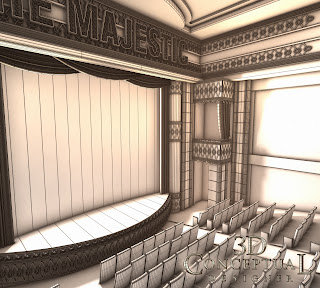 Here is a 3/4 view showing the fast high-rez modeling that I did that day. 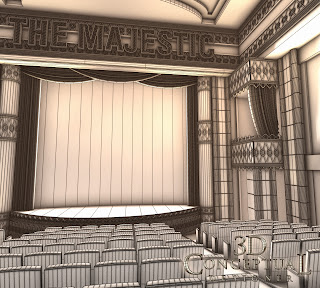 Here is the two page spread view showing the level of complexity I added in.


Back in 2001 I was still the in-house 3D Department of one at BLT, and I was asked to create a quick one day build of the theater from the Jim Carrey film, The Majestic.

The ads ended up being Black and White, but I did this work in color none the less as that was the deal.

I built out a quick interior first, used for reviews in The Hollywood Reporter, so the majority was filled with quotes. I built out the neon sign from the facade horizontally and put in above the screen as well.

A fun project and a fast turn around. I builtthis theater based on a few screen shots only from the film in a day with two 4K renders.

For the lighting I used a technique based on HDRI which was new at the time and I created a reflection sphere to use an my reflection space for the non-GI renders.