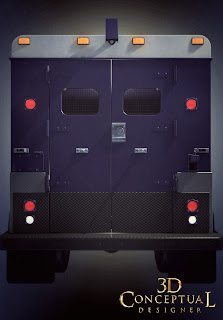 A straight on back shot of the S.W.A.T. van that I built for the feature film marketing. This was designed around a few comps done by the team of Art Directors on the 'pod' for the project back in 2003 while at BLT and Associates as 3D Designer. 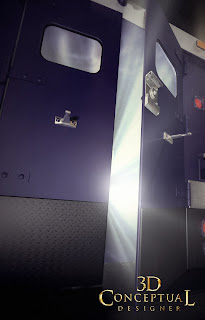 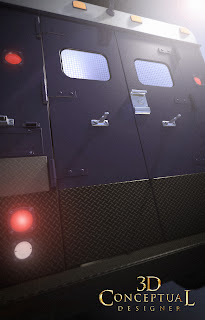 A low angled back view with a bit of 'dutch' on the camera, with the back closed up again. 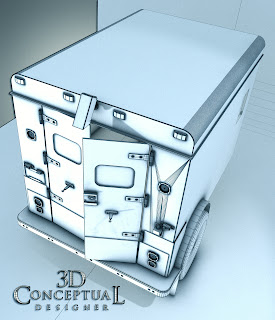 This overhead shot shows that all details were limited to what was seen in the renders so no front or even side details. 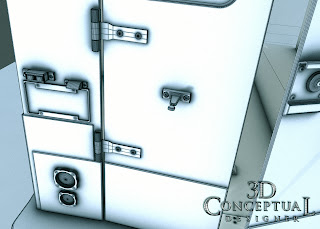 I went to great detail to be accurate on the door locks and stays that keep the back doors open on these vans so that they would be accurate in style for the iconic vans used by S.W.A.T. 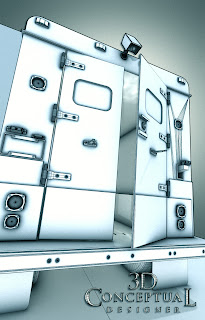 Here is that back shot in polygons so you can see the level of detail that went into the individual parts on the van.


It this third posting for the work I did for the TV to film adaptation of S.W.A.T., from almost a decade back now. I did this work while I was still an in-house 3D designer at BLT and associates back in 2003. I had done a couple dozen 3D Logos for the film posted here, as well as helping out with the teaser trailer.

In today s blog post we look at the back end of a typical Personnel van used by S.W.A.T. teams in the past, so they wanted an iconic look for the teaser with a van doors.

I built this 3D scene out as all hi-rez, as this was before I perfected my quad modeling techniques over the last decade,  and this was a fast turn around as usual so I did a speed model of the van.

I built out just the back of the van, and a bit of the sides, since we were just creating teaser shots for a few comps using the backside of this van for the posters.

I have a few more posts on S.W.A.T., that I will try and post up these in the future, so keep an eye out.

You can View the logos in PART I here.