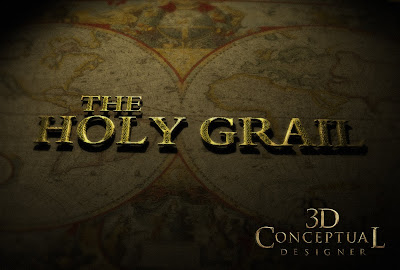 A full room zoom animation was done as a test for this card sitting on the big floor map. This is the final frame seated. 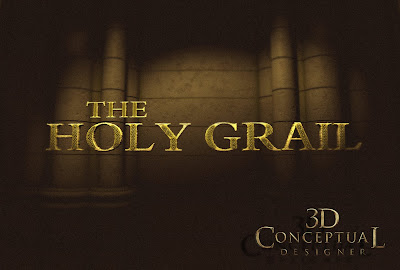 Here I used the wall and rounded Gothic columns for the backdrop ledge behind the text with a simple truck-in move. 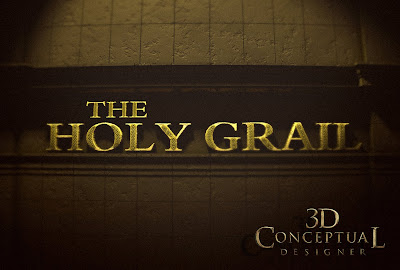 Another wall idea, with a fisheye lens plug-in used in the Final Render GI rendering software. 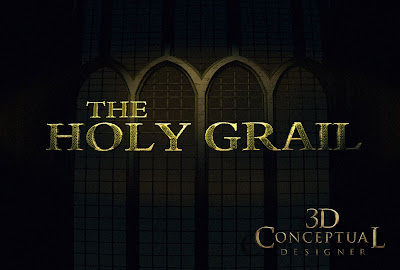 For this idea, I used a high resolution set with arched Gothic widows with atmospheric lighting streaming though the leaded glass panes. 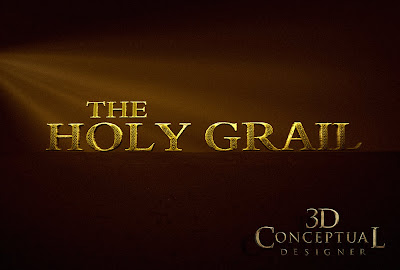 A box ledge with a volumetric light that animates past the golden lettering. 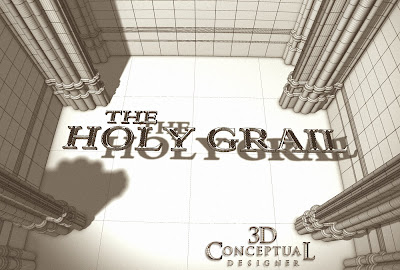 Here you can see the model itself built as a quick High-Rez only scene. 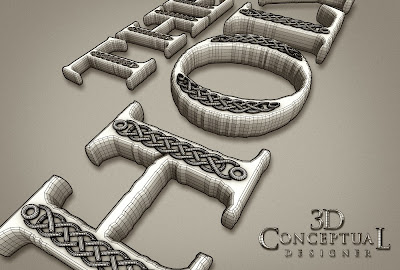 Here you can see I simply extruded the type with a rounded bevel, I then used a FFD[ Free-Form_Deformation] to stretch it out, and applied the filigree modeled parts to the face so the Dirt Shader would emphasize the intersections..


I did a couple dozen typical Sci-Fi Chrome cards for the motion graphic used for the trailers for the project Fanboys, which was in the studio for about 3 years or so before they finally released the film. I also designed a title for the trailers that was used on the film as well here.

What you see above on "The Holy Grail' is what is called a Misdirect Advertising Campaign. This is where they lead you the viewer, in a false direction, and later reveal at the end of the trailer the gag is on you the viewer, you were misdirected to a wrong conclusion.

So, for Fanboys with all the chrome lettering I did, we applied a Old English look to the font and cards to seem like a Robin Hood, or some "Epic Quest" type of film as the misdirection. GOld aged, in a Gothic cathedral.

I had a set of Gothic architectural elements built from the film MGFX for Blood and Chocolate, so I used the Gothic widows, wall, and columns to add a bit more backdrop detail to the scenes to add to the font itself.

I also used some filigree effect as I did for The Kingdom of Heaven here as well with a dirt shader from Cebas Final Render to get the aged look just right.