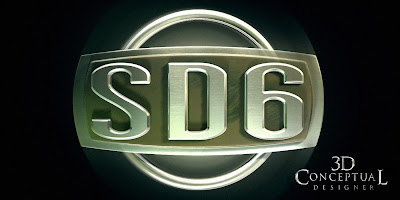 A badge of sorts, or a lapel pin type of logo I designed for SD-6 the spin off series planned from Alias for ABC in 2002. 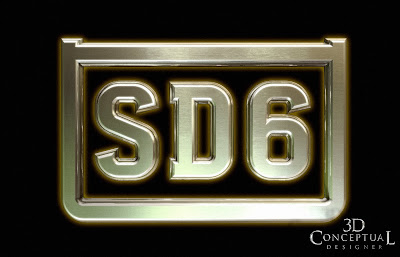 A 3D Logo with a holding device around the edges in double layer chrome and gold, a standard look asked for. 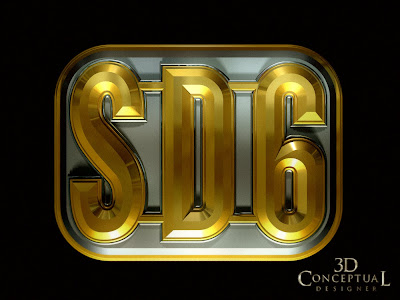 A brass SD-6, Alias Logo done for ABC on a dark metal plate. 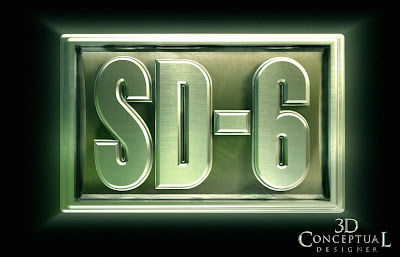 I put this logo on a sounded barrel like surface so the letter sit on a curved surface for lighting and shadowing smoothness. 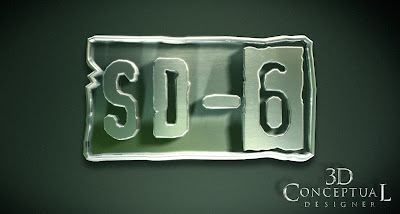 A rough edged look to the font for this version for SD-6 the ALIAS spin off series for ABC Television. 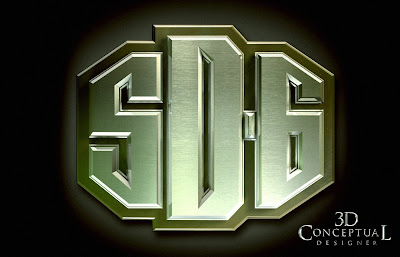 A bold large Icon created early on in the process with brushed metals from the X2 development.

Here is the rendered 3D Logo for Alias that I matched up to the original.

Back in 01' while running the little 3D division at BLT and Associates in Hollywood CA, I had a Home Entertainment staple of work that was brought to us by ABC, and the show Alias was planning a spin off with a show called SD_6, which according to Wikipedia states: "The Alliance of Twelve, with SD-6 being one of its subsidiary cells, is a fictional international organized crime group in the television series Alias."

I recreated the Alias Logo along with a series of looks for the spin off show. All metal like the X2 they loved that I did was the basic direction, with a military feel, so I did a bit of "brass" to match up the the look in the OG logo as well as the "brass" they wear on their uniforms.
Cheers, THOM
Posted by 3Dconceptualdesigner at 11:33 AM