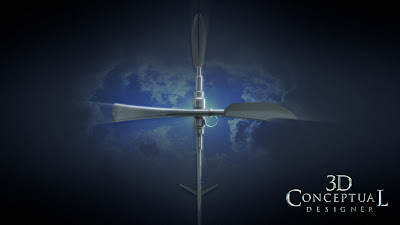 Here is the background Image I built in 3D for the Blue-Ray menu concepts for Sorority Row, presented to Summit for the product release back in 2009. 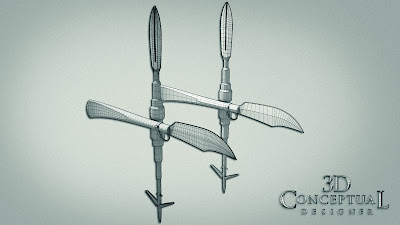 Here I show the smoothed quad model in front of the lower resolution Sub-D base model I made. 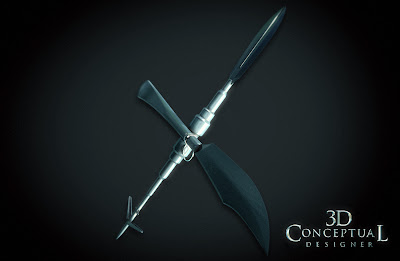 This is a frame from a test animation I did for a Motion Graphics piece, though I think we ended up using just a few frames[ budget]. 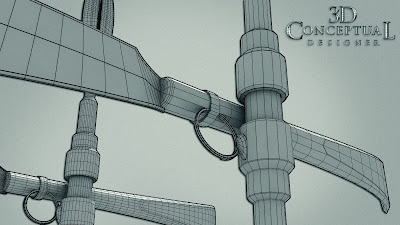 A close-up view showing the spot weld and various smaller parts all built subdivision so we can zoom right up close as needed. 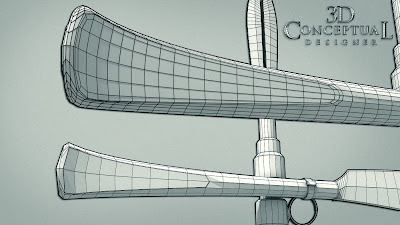 The opposite end of the weapon had a spoon handle on it as shown in both smooth and sub-D for Sorority Row in 2009. 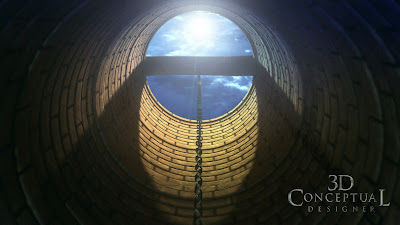 A second concept was to build a well with a chain hanging down via a big log across the mouth, and here is the 3D Illustration I created for the pitch. 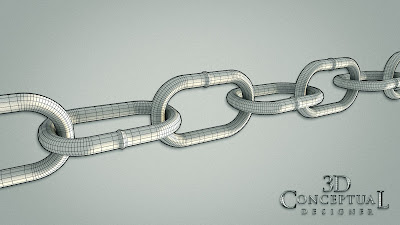 The chain I build had a weld modeling into the links and was ready to "rig" for a swinging effect if needed. 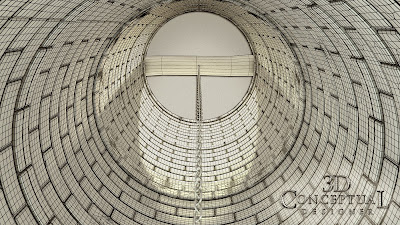 Here you can see the modeled , not mapped bricks for the wall of the well for Sorority Row's Blue Ray menu designs.

This was my final 3D Motion Graphics and 3D Illustration job a performed for the Home Entertainment division at The Cimarron Group as an in-house 3D Design Director. I regularly over the prior 6 years provided both Hesham, and Brian, 3D Illustrations and animated elements for Blue Ray menus, and this was to be the last project I worked on before I left and went out of house.

I first built a 3D model of the main "tire-iron" weapon used in the film did a few renders and animated it spinning through the scene. It was a hand made prop for the film so I did the same virtually and built it from parts down to the spot weld for the key-ring.

I also did a bottom of a well with a chain on a log for the menu as well and built out the brick wall and used a procedural "Dirt" material to get the grout just right.

They were built as mostly quad models and I applied a turbo-smooth to increase the resolution for renders.

I still do projects for this team when the need as rises from my home studio, and they are always something new to build in 3D and usually animate as well.
Cheers, THOM
Posted by 3Dconceptualdesigner at 10:57 AM