A 3D Illustrated Platinum Jewelry Logo than was put around the necks of the main characters for the Poster Comps done for Art Director Coby Gewertz. 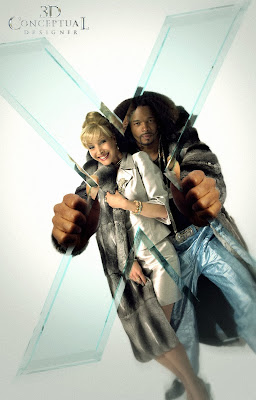 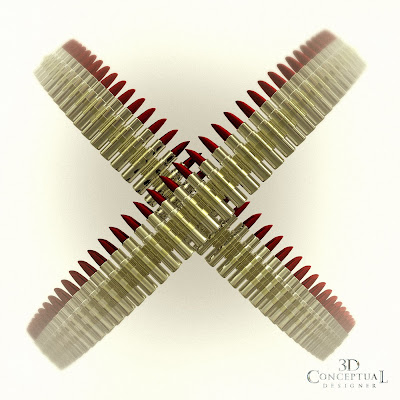 The 3D Illustrated Lipstick belts worn by Lisa Kudrow in the Poster wanted comps we did. 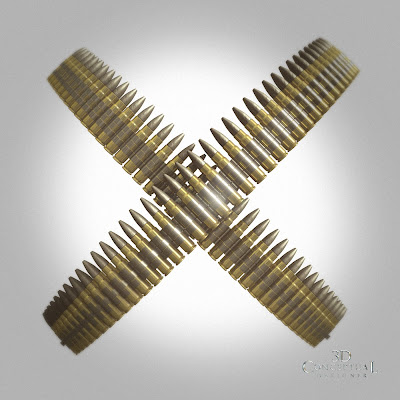 The 3D Illustrated Bullet belts worn by Damon Wayans in the Poster wanted comps we did. 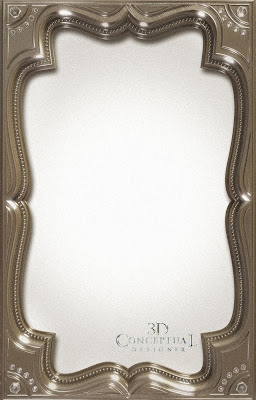 I did an ornate silver frame for one idea as well.

I had a chance to do some 3D Illustration and a few 3D Logos for the film Marci-X back in 2002 while in-house at BLT in Hollywood CA. It was a story of a Jewish American Princess that has to run a Hip Hop Record Company so we had a fun time with some iconic images and even the logos.

It was a small job, at just a day or so, but I was able to make some fun logos with the necklace design above with the huge platinum title on a chain that was eventually put into a few comps over both main characters. I also did the big glass or crystal logo being held up in front of them both as an alternate design presented.

The belts of bullets and of lipstick were for some side by sides where Lisa Kudrow had Lipstick while Damon Wayans got the banditas bullets.

I also did some 3D framing devices for some concepts as well shown above. A small but fun project.

Here is a link to the IMDB page as this was an unknown film with a small release.
Cheers, THOM
Posted by 3Dconceptualdesigner at 10:11 AM