A Single-Point-Beveled Text version of the Transformers Logo. 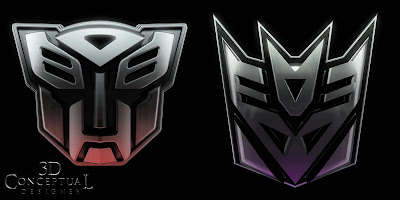 Autobot and Decepticon Icons built out in 3D. 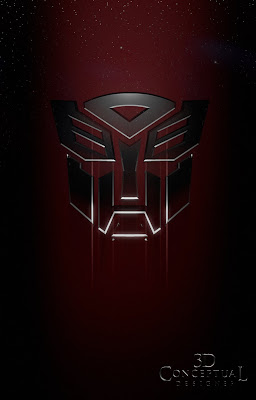 An edge-lit One Sheet Teaser Image we did for the Presentation. 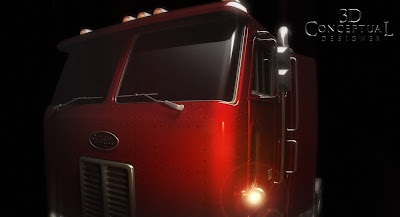 Optimus-Prime was a snub-nosed Peterbuilt in the Animated Show so I built that in 3D for the AV work. 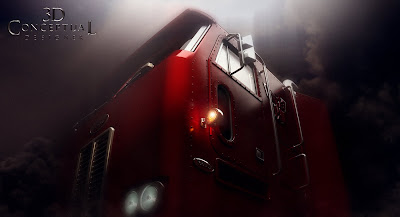 An up angle on the Peterbuilt Truck from the animation. 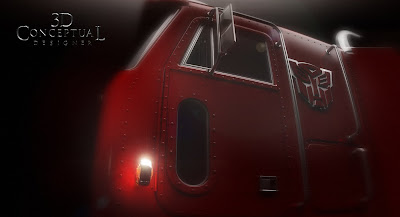 A Side Shot of the Animation.


While running the 3D Design and Animation Department at The Cimarron Group we did a small pitch to try and get some Transformers work for the studio. This was before any design work was let out on the film itself, so we had to make it up including the Logos and Optimus Prime based on the 80's cartoon vehicles that existed already.

We did an AV motion piece that has some moves on the Peterbuilt Truck which is what was used in the TV show, and with a resident expert Tom Kositchotitana in Motion Graphics he taught us all about the world of the the Autobots.

It was a fun experiment and I got to build a truck which as a Transportation Designer, any time you get to deal with wheels and a motor, this is good for me.

Look for added posts in the future!