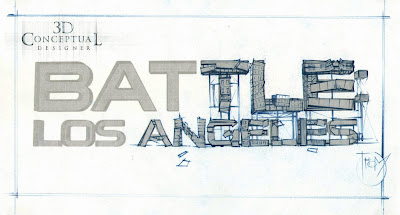 Here is the 3D render I used as a "grid" to sketch over the rough concept for approval, about 1 Hr. 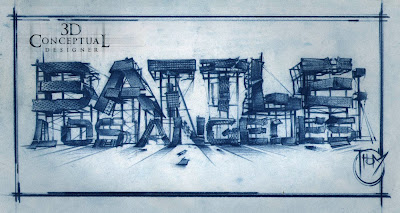 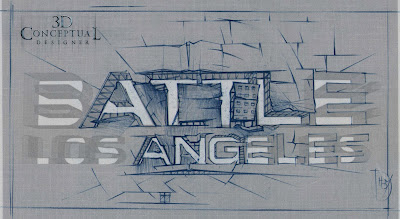 We did a negative space version with a wall of rusted tin and steel, and you can see the 3D grid underneath the overlay sketch I presented for approval to move ahead. 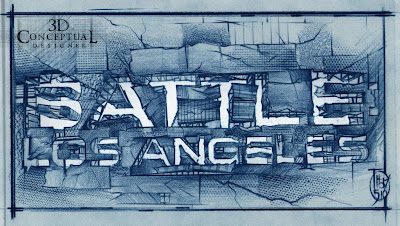 The final Concept Design sketch I did for the Title

I always love to get a fun Conceptual Designing sketch job, and the bulk of my work these days is 3D Illustration, so when this came along I was very excited to get on with the design.

Battle Los Angeles was a logo concept that I did for Helen Greene owner of Greenhausgfx, and because it was a pitch it was decided to present the concept is sketch form before attempting to build out in 3D as the design was a very detailed concept for a 3D Logo.

You will see above the under drawing that I used which was a 3D render to get the font and perspective right, I put a grid material on it and printed it out and drew over the top using the 3D render as my "grid" for the 2D sketch.

I did a positive and negative space concept on the same font built out of distressed and busted up scaffolding and girders with sheet metal and concrete chucks lying around. would have been a fun 3D model to complete.