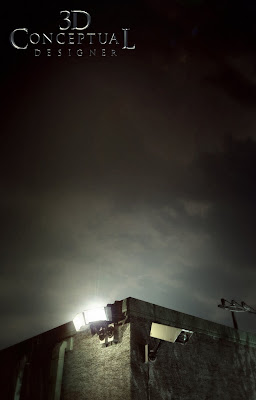 A Virtual Illustration of a School Roof-Top with Security Cameras, the cast stood on the edge in the comp. 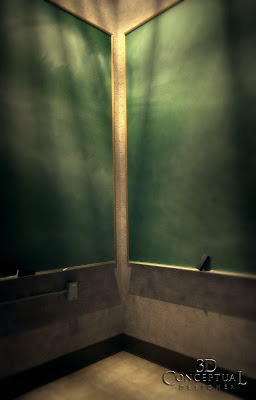 A "Sit in the Corner" concept with a classroom chalkboard scene for the cast to be placed in. 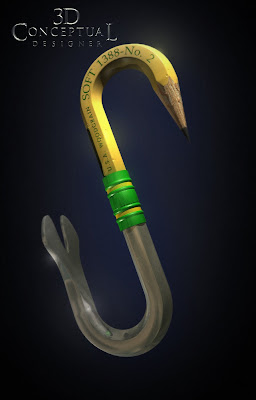 A fun concept of a Number 2 pencil bent into a crow bar to steal the answers. 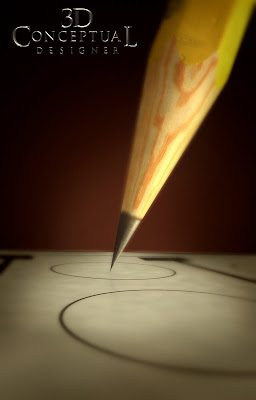 The SAT test close up 3D Illustration above had the full cast running away from the giant pencil in the comp, as if it was chasing them down for stealing.

I had a chance to work on the print campaign for the film, "The Perfect Score "which is a story of a group of Seniors in High School who decide to steal the SAT score sheet, hence to get a "perfect Score".
Conceptually the crow-bar with a #2 pencil hit the mark for an icon and it doubled as the letter "S" in a few comps as well. I also did some virtual sets with a very quick turn around and had to design, build and render out a few within a day. The "Sit in the Corner" comp was based on the "Dunce Cap" idea It was a fun project to work on. I also built out a roof top and a few more areas for various Art Directors.

It is fun to look back at early projects as you can see with the Talent, almost all the main stars have gone far since the film.
Cheers, THOM
Posted by 3Dconceptualdesigner at 10:47 AM