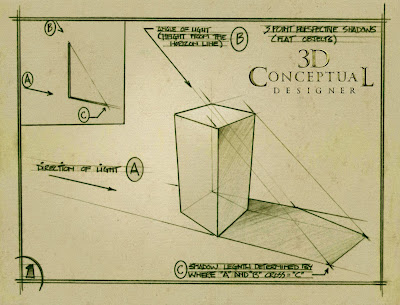 Page One of the Basic's of Perspective Packet I did for the Show Vendors overseas. 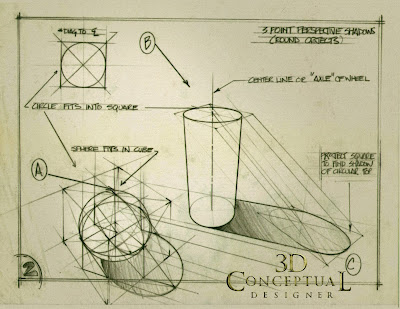 Page Two of the Basic's of Perspective Packet I did for the Show Vendors overseas. 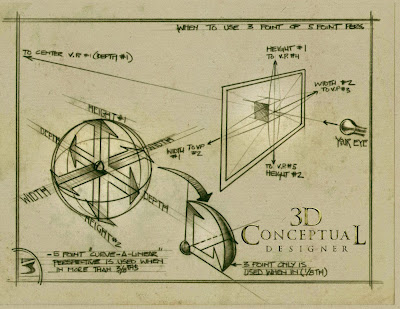 Page Three of the Basic's of Perspective Packet I did for the Show Vendors overseas. 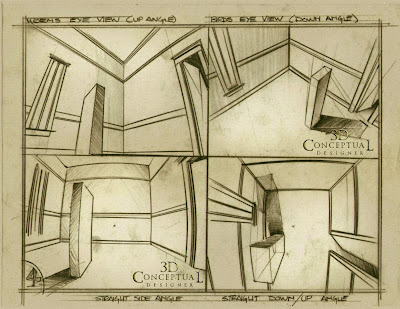 Page Four of the Basic's of Perspective Packet I did for the Show Vendors overseas. 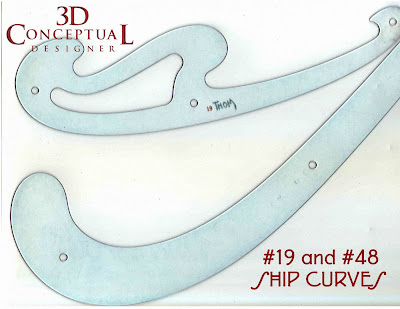 The two ship curves used to Illustrate the Fisheye Curvilinear Perspective used in the Series. 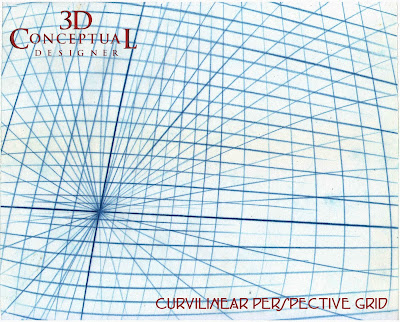 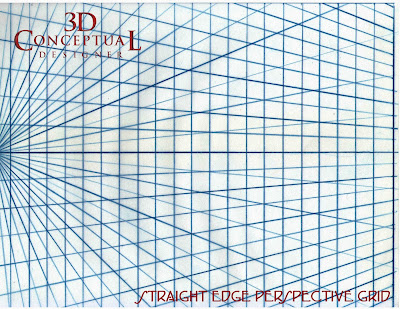 A Straight Grid as an example that uses a straight edge instead to draw a 3-Point perspective Grid.

In this 41st post on, Hearst Animations, "The Phantom 2040", I have posted some the packet pages I created that were translated into Korean and French for our studios outsourced vendors.

Basic Perspective is part of all training for drawing and design in the States, but the vendors we used had worked with little or no knowledge of how perspective works and the Layouts we were getting back were having basic issues, so I put together a few brief pages of points to use in perspective drawing. When I visited the studios in person I would do a small perspective classes for about 30 minutes and walk them through the basics needed for the shows and these were the leave behinds.

Also some of the overseas Artists had done perspective in the past on a limited basis, but nobody had done any perspective with curves, so we bought 100 sets of ship curves #19, and #48 and sent them over to the studios to have them use these tools to get a curved fish-eye look that was part of the main look we achieved in such a low budget show. FUN.