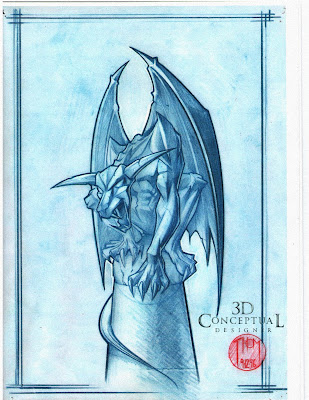 One of my first Disney Interactive sketches for the Virtual Magic Kingdom Project. 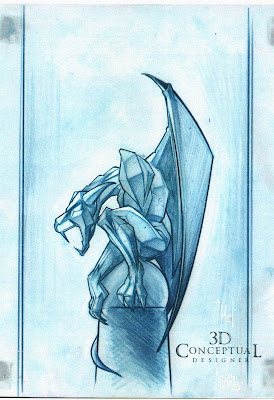 A Side view for the 3D Department Modelers to follow the design for. 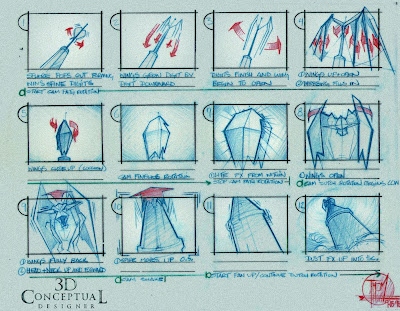 The Storyboard Sequence I designed for the transformation from a flag pole to a Gargoyle in the interstitial films for the Game.

This fifth post in my series on the Virtual Magic Kingdom [ VMK] project I did for Disney Interactive back in 1996, this post covers a small early job I did for the project while still a freelance Conceptual Designer. In the hub at the Castle the flag poles grow out and become Gargoyles in the teaser bumper film.

First I designed out the Gargoyles themselves as there was one per spire and they eventually crawled down and shut the gates. I then designed the animation and transformation sequence via the storyboards above for the animation department to build and bring to life.