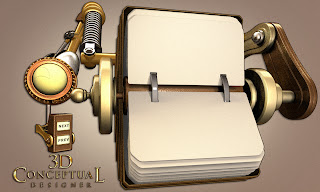 The final Rolodex design concept I designed out and rendered in 3D back in late 2009. 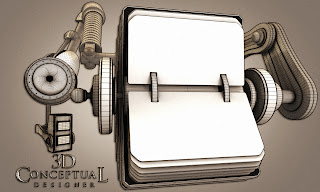 This ambient render shows the geometry in the build. 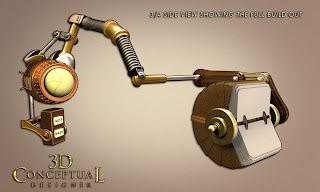 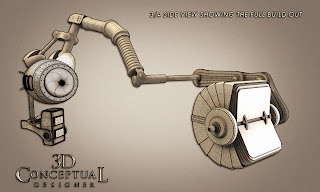 The polygon shot shows the cabin from the flying luft-craft I did here was reused. 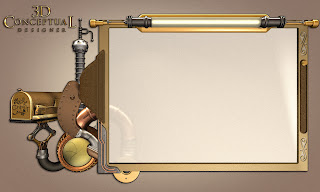 The mail screen as a final render. 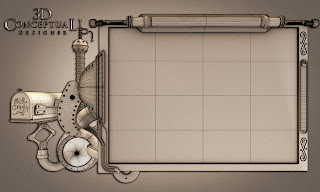 The polygon shot of the main web-mail interface I helped design and build in 3DSmax. 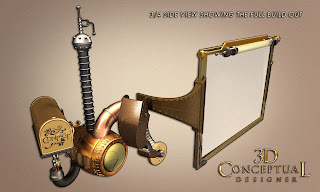 This 3/4 shots shows a few parts were 'faked' to match some of the 2D Art Direction I received.  Sometimes it is faster to quickly match the 2D and back-fit it later 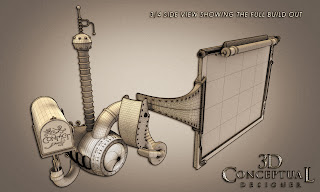 The 3/4 view in polygons for the mailbox scene I did in the steampunk look for Menagerie.


I was asked to help out and design a steam-punk styled website to match the logo flying craft I helped out with here, so I created tow main screens for the website design and we can review those now.

The first design of two, was a Rolodex like address roll design for the site that would be animated by Dean Fowler once the design was locked. I created a few versions for Cheryl and rendered out a still for approvals. Once this was done I sent it off and Dean animated it and got sign-off with Cheryl for the move itself. I then took it back and rendered out the moves using my lighting and rendered.

I next did a communications interface with a mailbox that would animate up turn, and open on up. I did a few rounds in 3D Design on that one as well. Once the still image design was locked and tweaked out on their end, we got the animation over to Dean to lock in all motion as well, then I rendered the finals again in Cebas' Final-Render product for the finish.

A fun project to design and implement, and I always love working with a great motion designer like Dean.