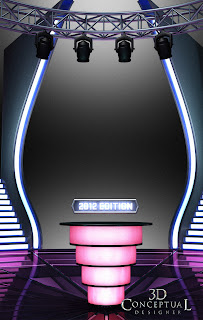 Here is the new Game Show Set full 3D Illustrated Cover Key Art for Who Wants to be a Millionaire for 2011. 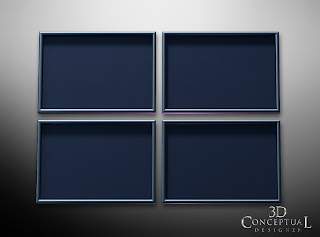 A very simple back cover frame made from the "2011 Edition" plaque used on the cover art above sized to the screen grab.

A Lower 3rd type of asset, this Contestant row with stage floor was rendered out and used for the Key Art for the 3rd years offering of 'The Price is Right' X-box cover I have worked on for Nomadic. 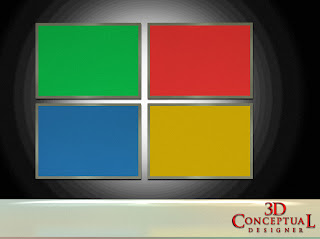 Here is the back cover frames for the assets and description, a quick pick-up render made after the front is signed off on as well.

Here is a line up [again] generously provided to me by my client Greg Orlowski at Nomadic.


In this, my second post for the 2011 versions of Game show Key Art, I have two additional games to review, Who wants to be a Millionaire, and The Price is Right. PART I for 2011 is here.

The main logos for both were reused from the existing logos that were created by me for Greg and Wynn last season.
The X-Box Game Who Wants to be a Millionaire 2011, was a full set and a large build to do. Also, it required the longest rendertime as the entire floor was reflective and refractive, as it was purple plexiglass. Also, the podium is frosted plexiglass, so I used the Sub-Surface-Scattering material in Final Render, there as well to simulate the effect of the lights on the actual podium.


Cheers, THOM
Posted by 3Dconceptualdesigner at 9:33 AM