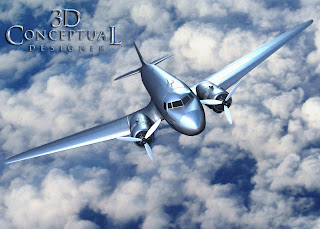 The DC-3 I built for some Motion Graphics pitches done at The Cimarron Group in 2008. 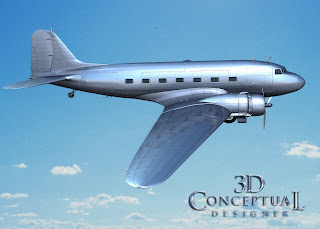 A side shot showing the modeled panels, rivets, metal warps, and gaps[ no texture mapped fakes] 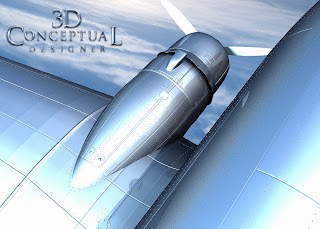 A shot showing the engine pod detailing on the DC-3 from Indy 4. 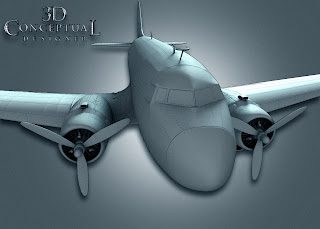 A Grey scale render showing the surfaces smoothed near the nose. 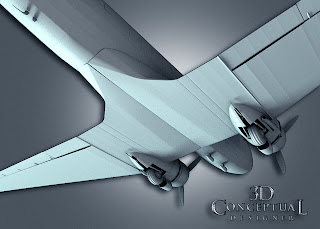 A Grey scale render showing the underside of the plane, seen in bank shots. 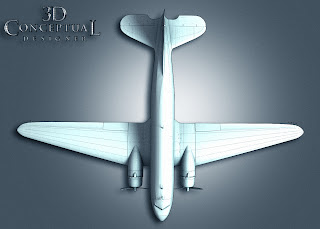 A Grey scale overhead render of the plane I made for Indiana Jones 4. 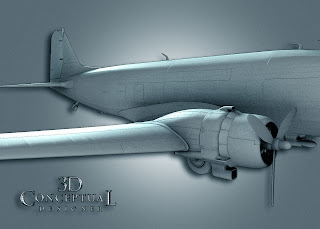 A Grey scale render Showing the wing details with a back-light catching metal buckling on the wing skin etc. 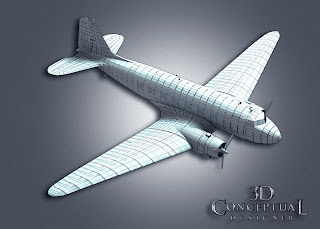 A Quad view of the model with sub-division OFF.

This is second post for Indiana Jones four, The Kingdom of the Lost Skull, showing the work I did for the advertising key art, and especially for Motion Graphics work.

Today, we look closer to the DC-3 plane I built for trailers we pitched for Indy. We went with the red line animated on a map look from the films interstitials, but updated it to the plane POV done in full 3D. The animator Ehren Addis, a pilot himself, rigged and finished the work out for them.

The MGFX team bought a model online but it lacked the details, and the level of finish needed to sell the idea, so I was tasked at re-doing the entire outer skin of the plane.