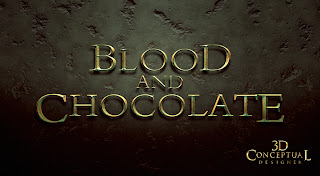 Verdigre aged Brass Type over concrete for this style frame for Blood and Chocolate.

A Procedural layered Concrete with cross hatched lower layers with a dirt shader on this look. 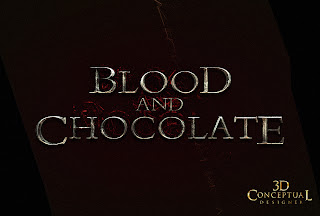 This was fun in motion, as the background is a cracked glass in red so it is reflecting the type and skewing the reflections to create the shattered red effects behind the test, and when I moved the light it really read as a thickness. 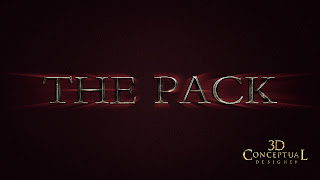 We had one tag line I modeled in 3D and animated as well, here was what we sent over. 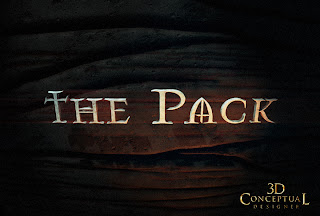 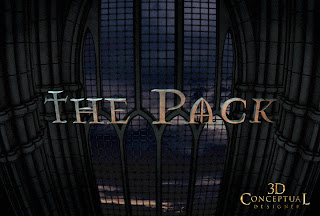 Inside a Gothic cathedral I developed this look where the type did a slow drift forward.

After 6 years running a 3D department of one, at The Cimarron Group, I got the chance to work on over one hundred film Theatrical Trailers, with 80+ finishes, so it was a regular occurrence to create what are called "Style Frames".

These illustrate the intended look for the moving type, to be used to sell the looks for buy off before the labor to move it around is approved by the internal client first. I was asked to develop a few looks and so I did.

Though none of these were used in the finals, they all were shown. And as always I built the type as a Single Pointed Bevel with the Trajan font[ used every week in Advert's] and did a series of looks using the procedural textures I build in Dark Tree.