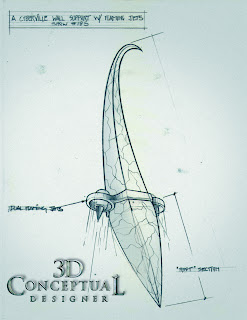 A post form Cyberville during construction they would fly down to the site. 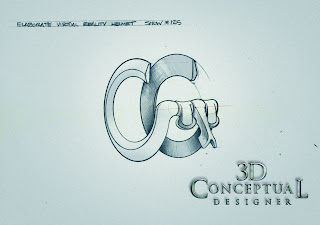 A Virtual Reality Head-Rig used by Maxwell in the VR ball here. 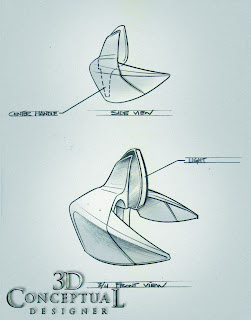 A Hand-held scanner with a bright scan light. 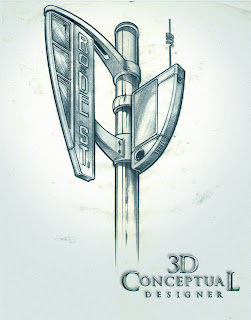 A Digital Stoplight and street sign typical from Metropia the world of The Phantom 2040. 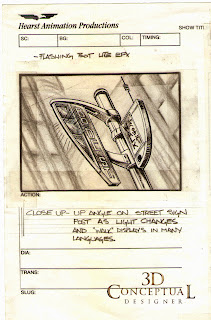 Here is the prop as used in a typical storyboard frame.

This is my 90th posting here on my design blog for my contributions to The Phantom 2040, and here I have posted four different props that I designed for the various episodes.

Cyberville was a city being built by B.I.O.T.'s for Maximum Inc and this is one of the "claw" columns that surround the city being flown into scene. I also found the scanned VR head-gear for the VR sphere for Maxwell today so I've posted that today as well. A hand-held scanner that Guran, and The Phantom 2040 both use regularly. And finally a typical Streetlight found in all street scenes.