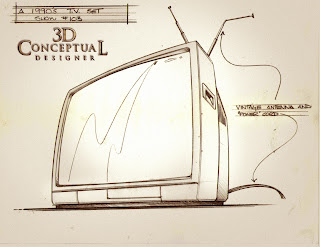 In Sparks apartment, there was an Old 90's cathode ray tube TV[ CRT] needed in the script so BAM! 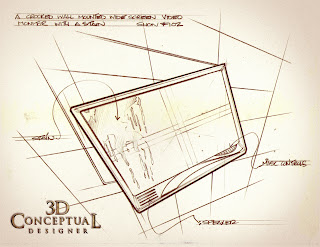 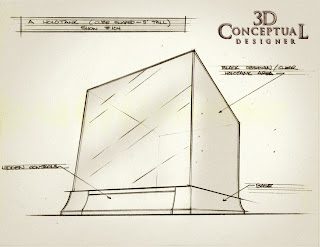 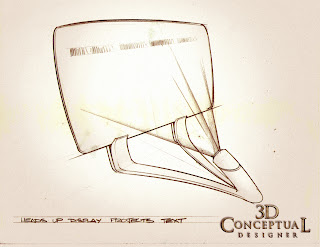 A heads up display from The Phantom 2o4o.

This is my 89th posting here on my design blog for my contributions to The Phantom 2040, and here I have posted four different technology displays that were used in the scripts for The Phantom 2040.

I Had to design lots of circa 2040[ current time for The Phantom] products, but I also had much  older props like 1990's displays as well. And bear in mind that I did the show in the 90's pre-flat screen era we enjoy now.

The variety I show today is a sampling of what I did on a regular basis as Art Director and Conceptual Designer for the series. A holographic cube display, that was a 360 display box. The World of The Phantom 2040 was filled with flat screen with touch based tech everywhere in the 90's, and this is where the great writing for the series really set it apart.