My first pass design utilized some chrome sphere in the text design with a dark edge lit dark face look that would be animated with the glints around the typeface.

A brighter version on the gloss black floor with some reflection blurring on my first MGFX card design.

A multi-stacked version of the edge lit logo with some radial blur added as volumetric lighting.

The alternate version looses the chrome speres and adjusts the font a bit. I emulated the 2nd look above with a brighter font on a gloss reflective surface.

An edge-lit version with some 'Matrix Green' added into the look. 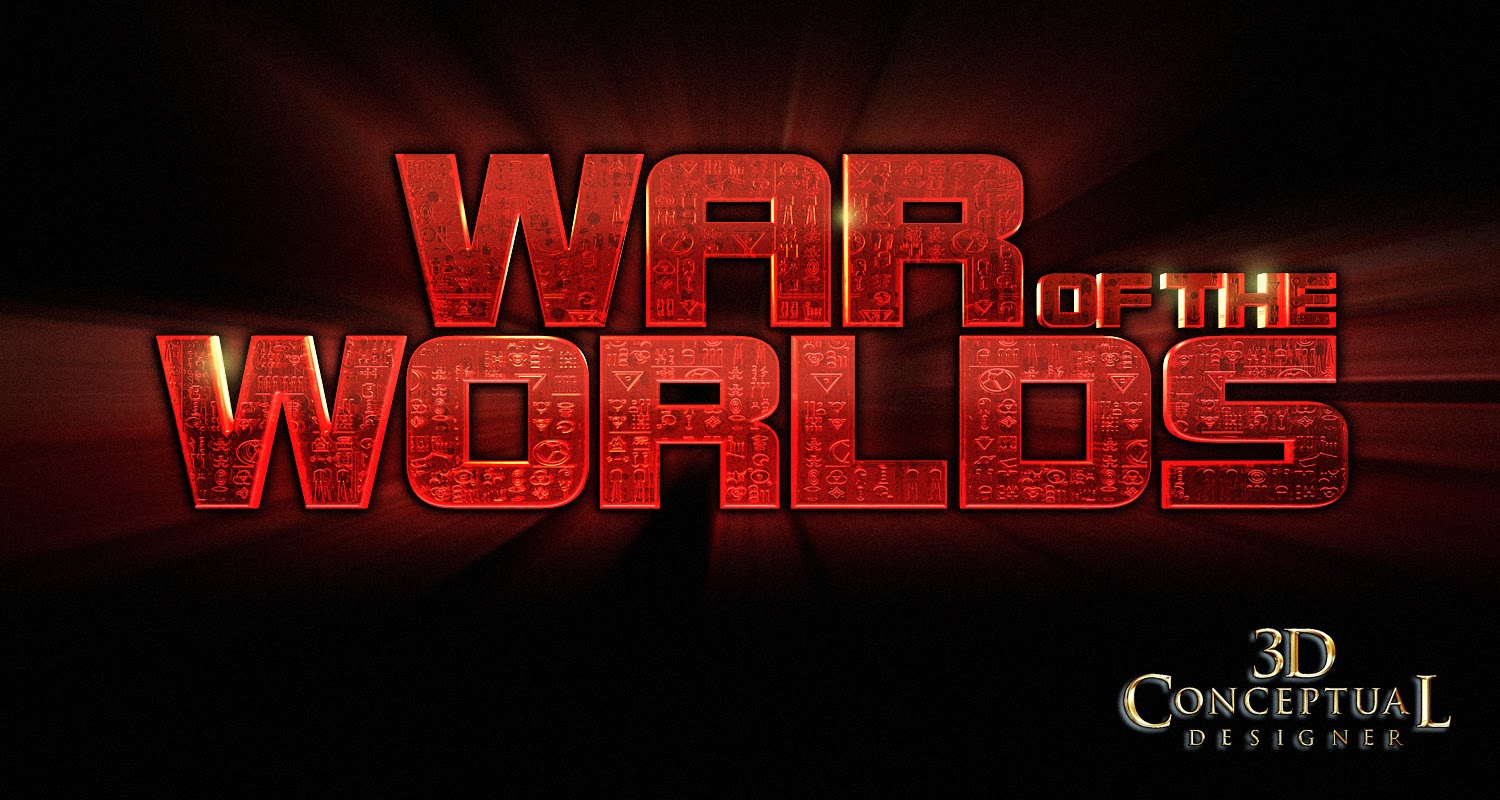 This version was created based on type provided to me by Chad Robertson. I built out alien Hieroglyphics and put them inside the glass text. 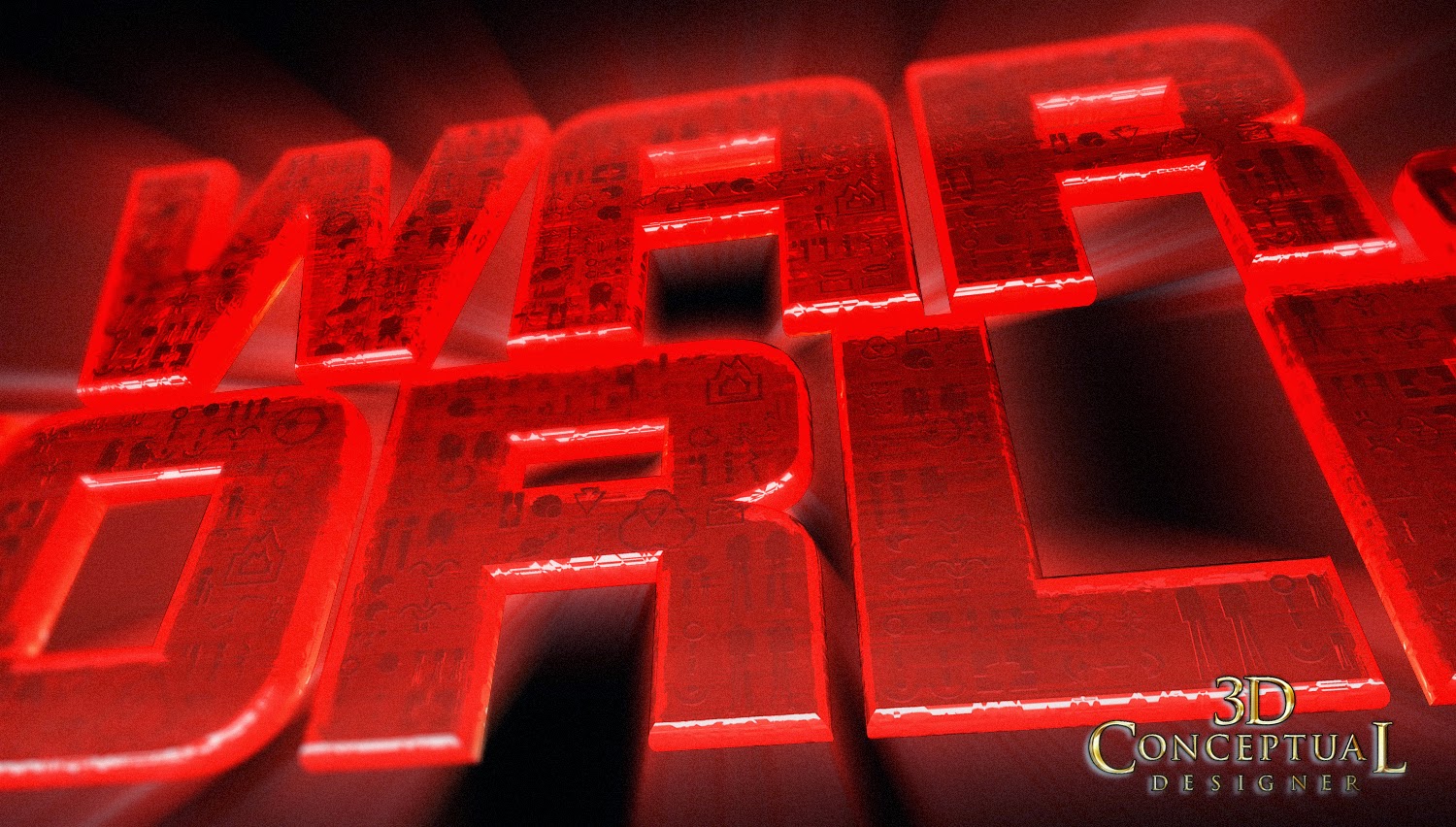 A close up Low angle really shows off the Hieroglyphics inside the glass. 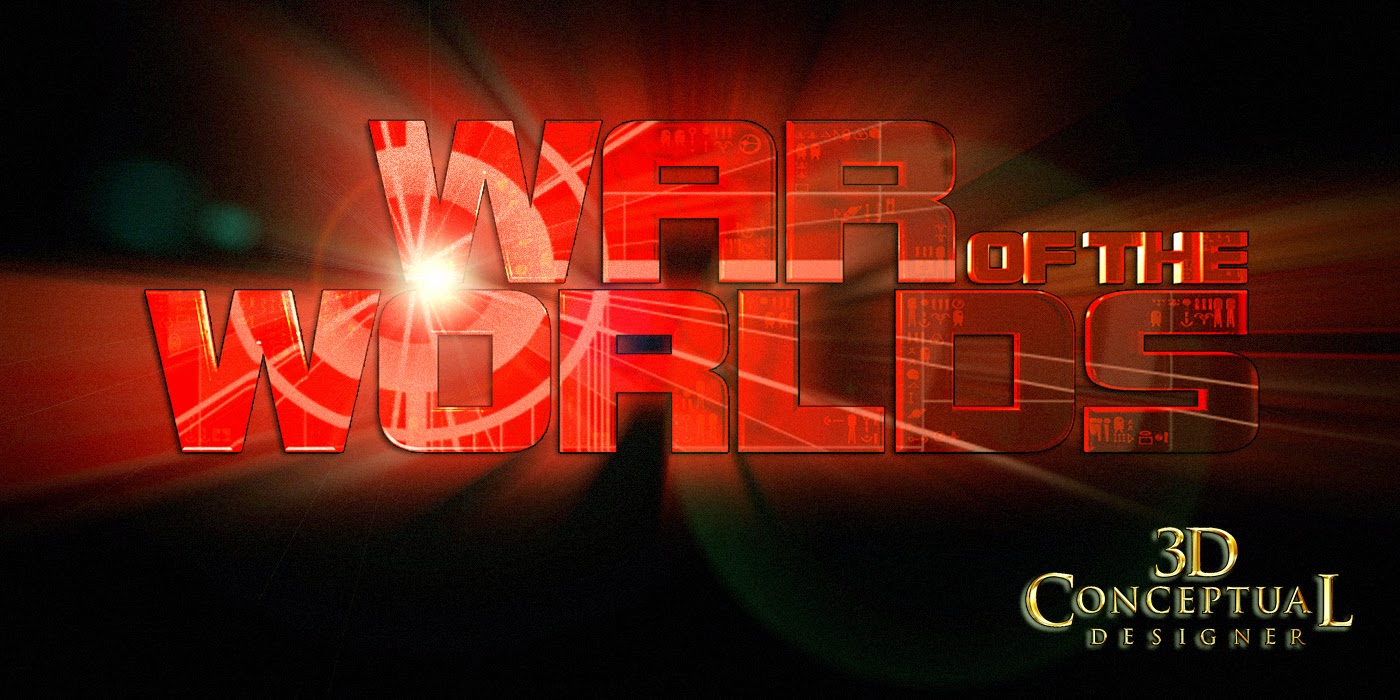 For the final version I overlaid the lighting effects directly off the layered file from Chad. 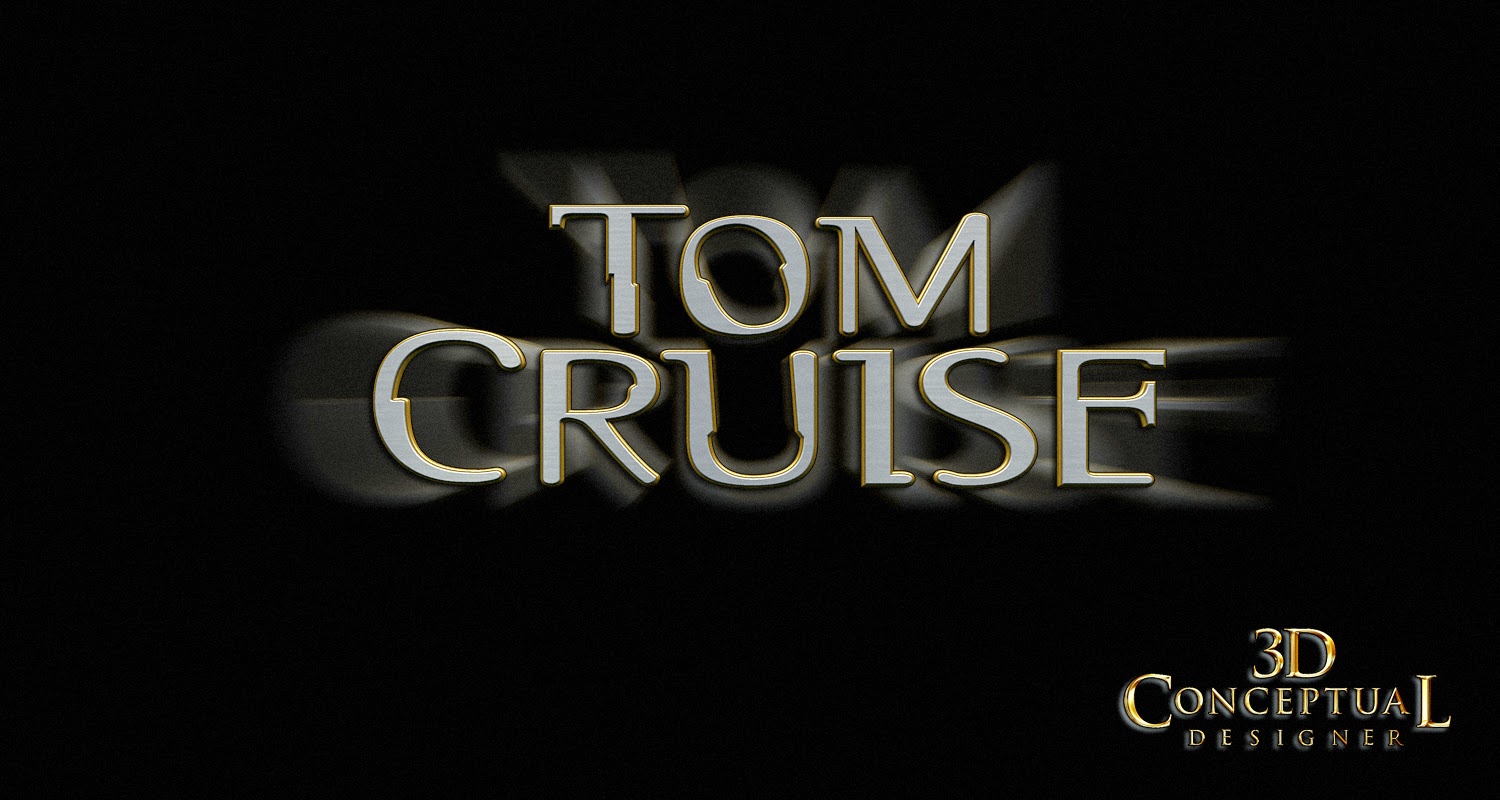 Here is the version I did for Calvin Sumler a double stack with brushed aluminum out front,and a gold holding device around the edges. 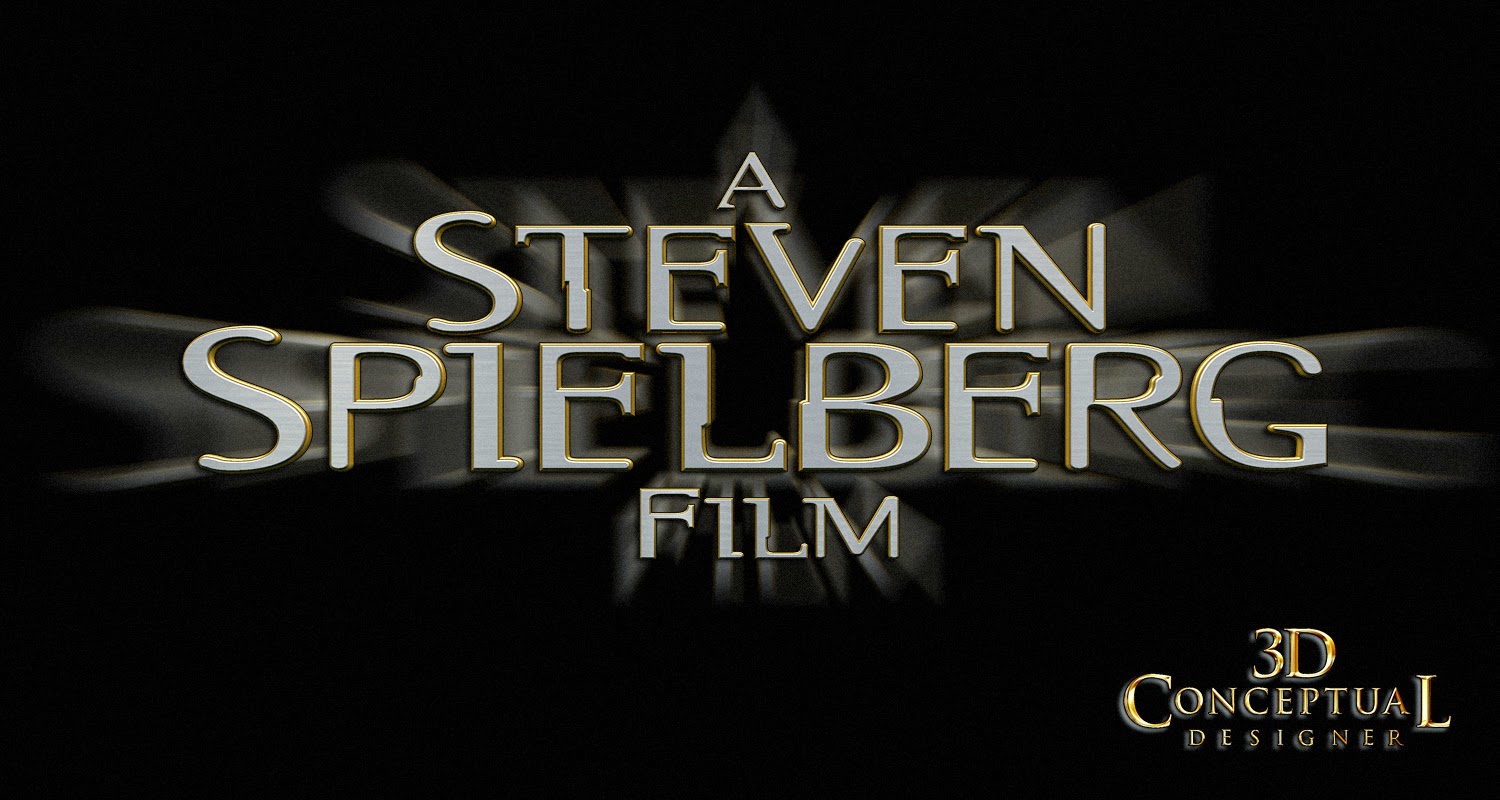 Some motion blur as the cards would slam is emulated with the radial blur in these style frames. Here is the second internal Card I built out. 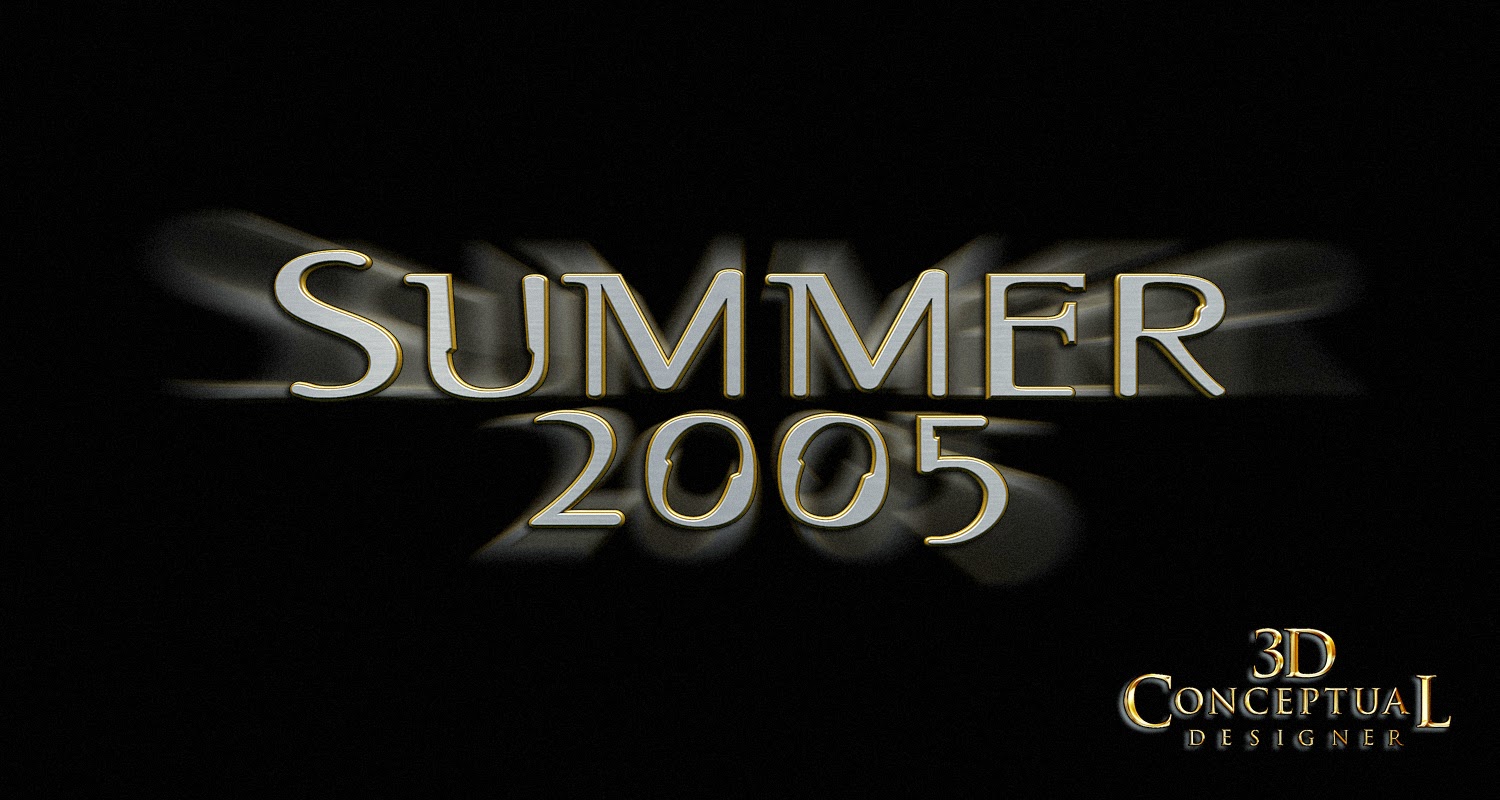 The Date Card in the same look. 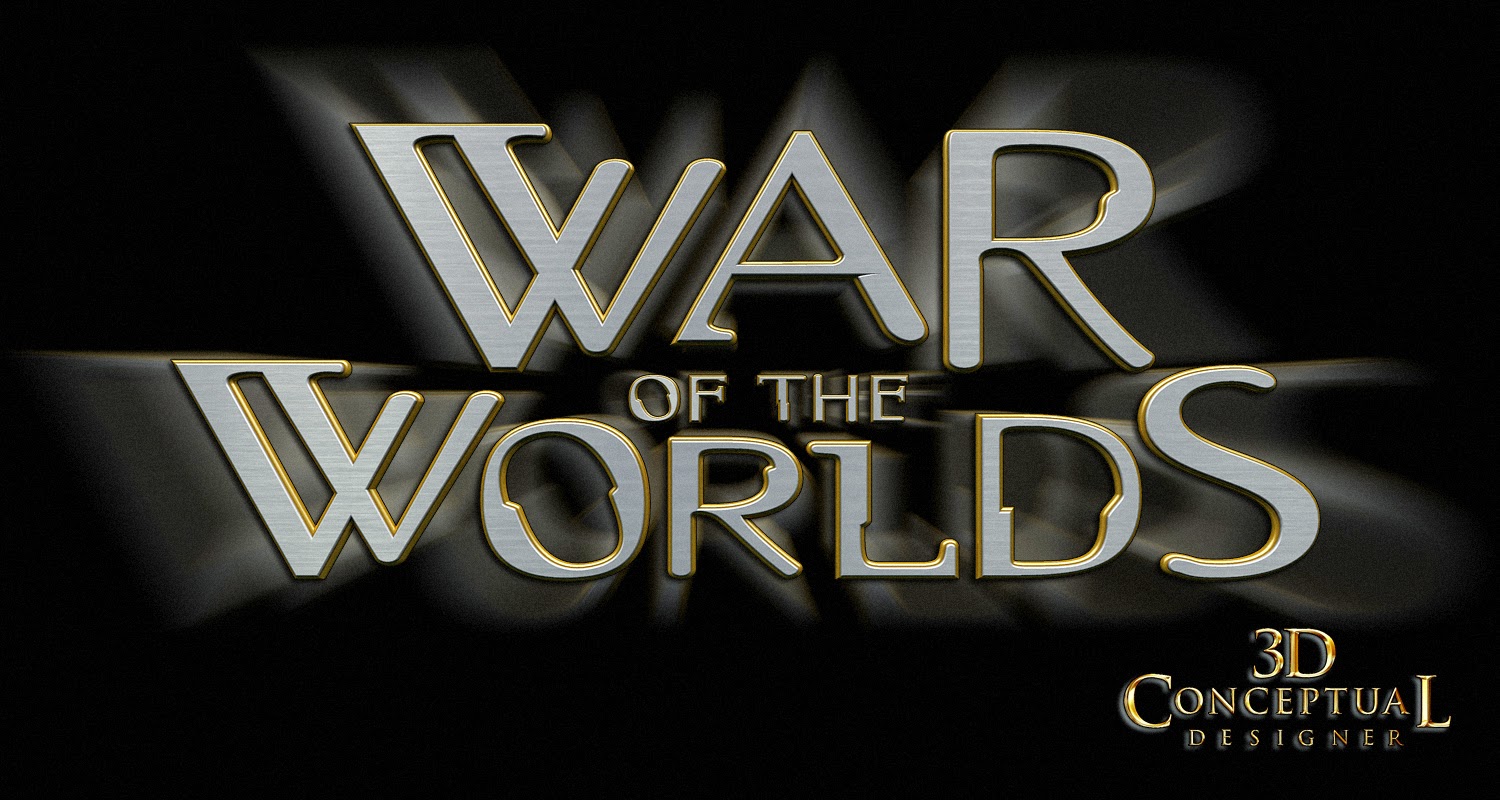 The final Title Treatment card for the Teaser we presented.


Today I am posting PART IV, covering the 3D Design work I did for the Theatrical advertising pitches back in 2004 for the Spielberg remake of War of the Worlds, and today I am covering some style frames for the internal MGFX[ Motion Graphics] 3D type Cards for the first trailer.

I did these over a Thanksgiving weekend, as I was the only one in the building and this was done my first month that I worked there.


I Did some design work myself on this one,  as well as getting Illustrator type laid out from both Calvin and Chad, Art Directors from in the Print Division to build out as well.

I did a total of about 100 logos during the process before we finished. The one sheet contains the 'BIG LOGO" and the 3D iron look for the world ,and these are my 3D contributions that went to the final, or finish for the Movie Poster. I did not finish for any AV work.

Cheers, THOM
Posted by 3Dconceptualdesigner at 10:09 AM