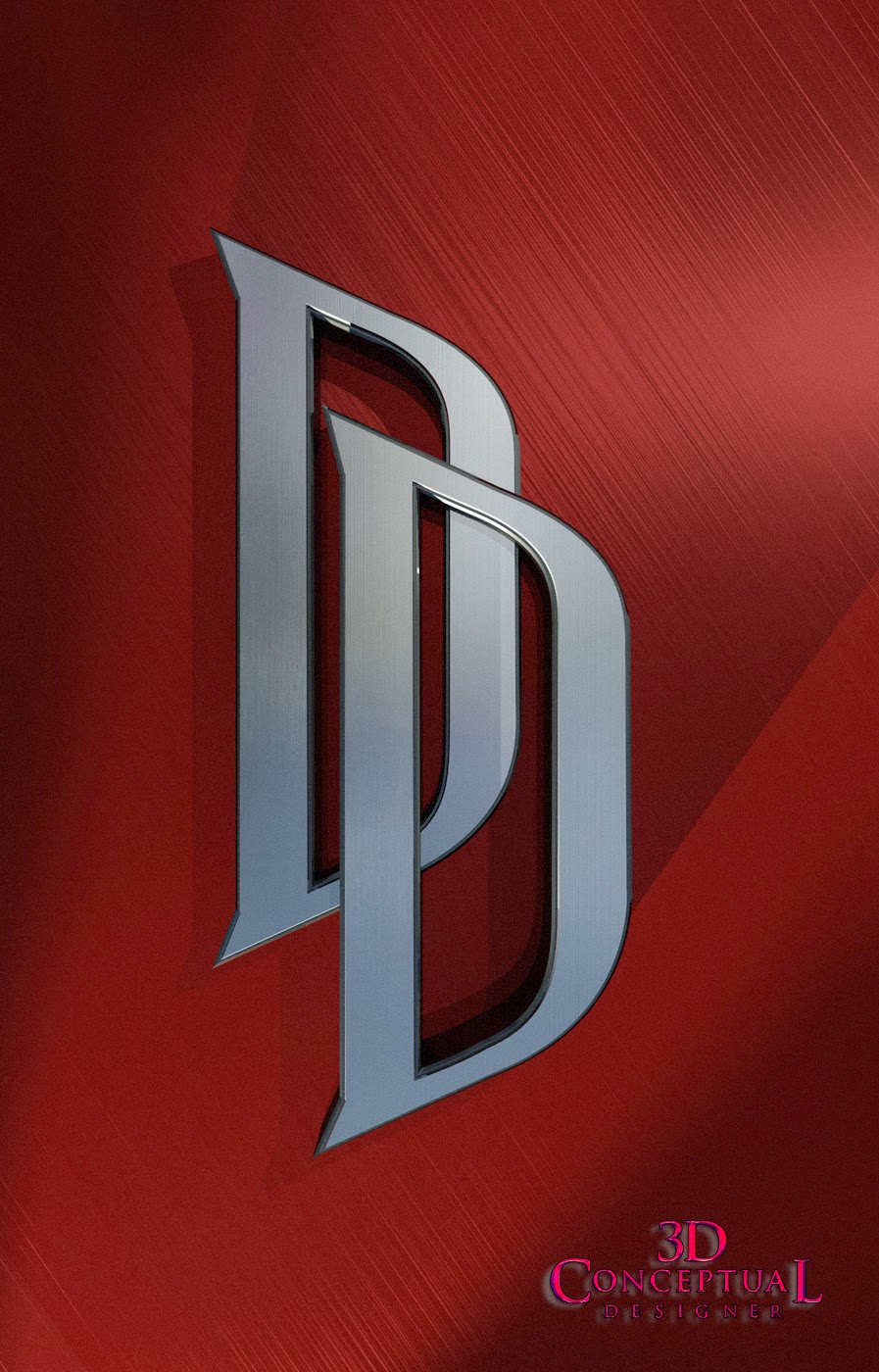 Aluminum Daredevil DD's, overlapping and stair-stepped back on a brushed anodized metal back plate. 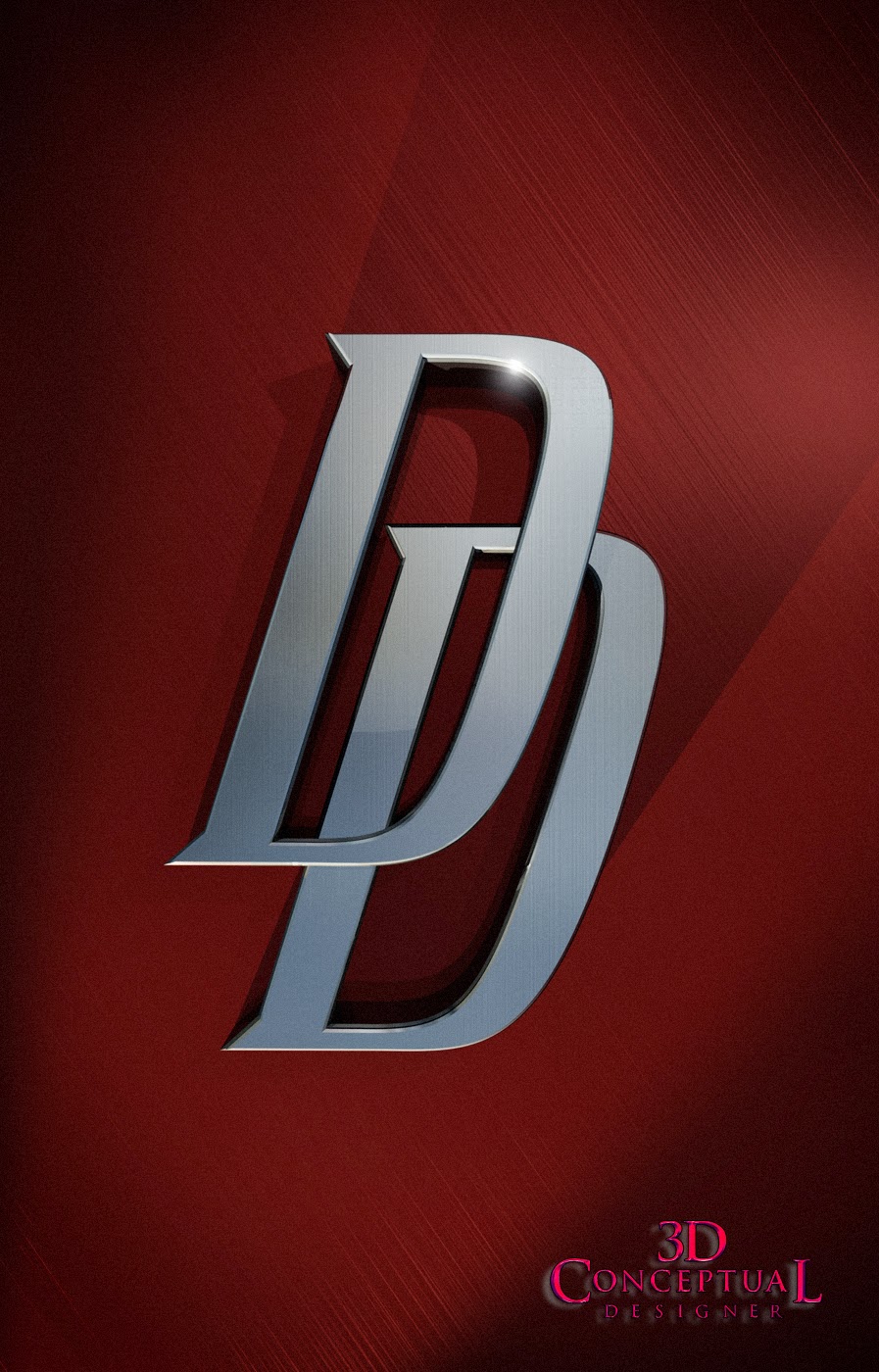 This Dare Devil font was taken from a comic cover and I applied the same look as the top image. 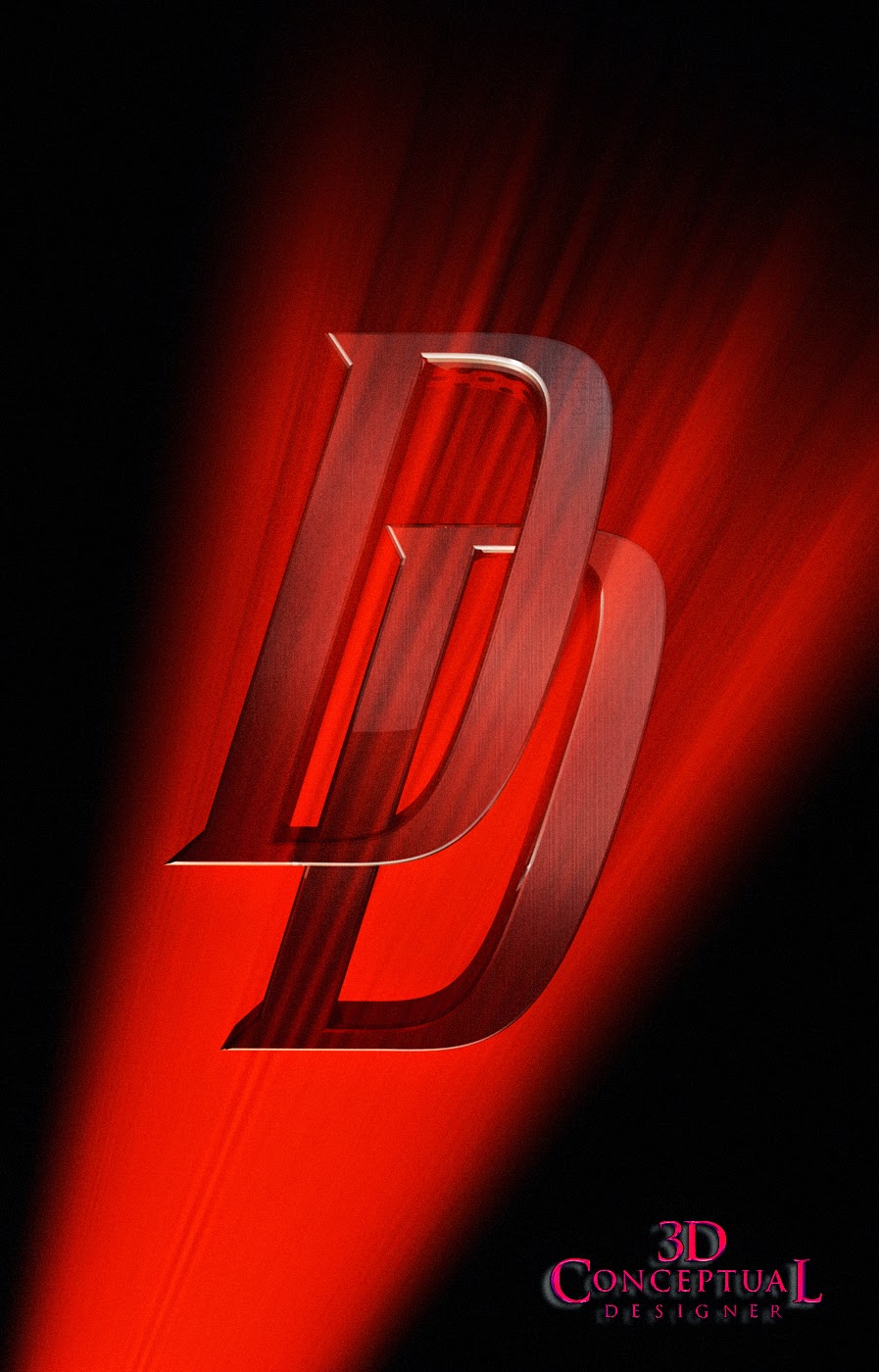 I removed the back plate, and added in a red lower volumetric light to stream across the Daredevil two metal D's. 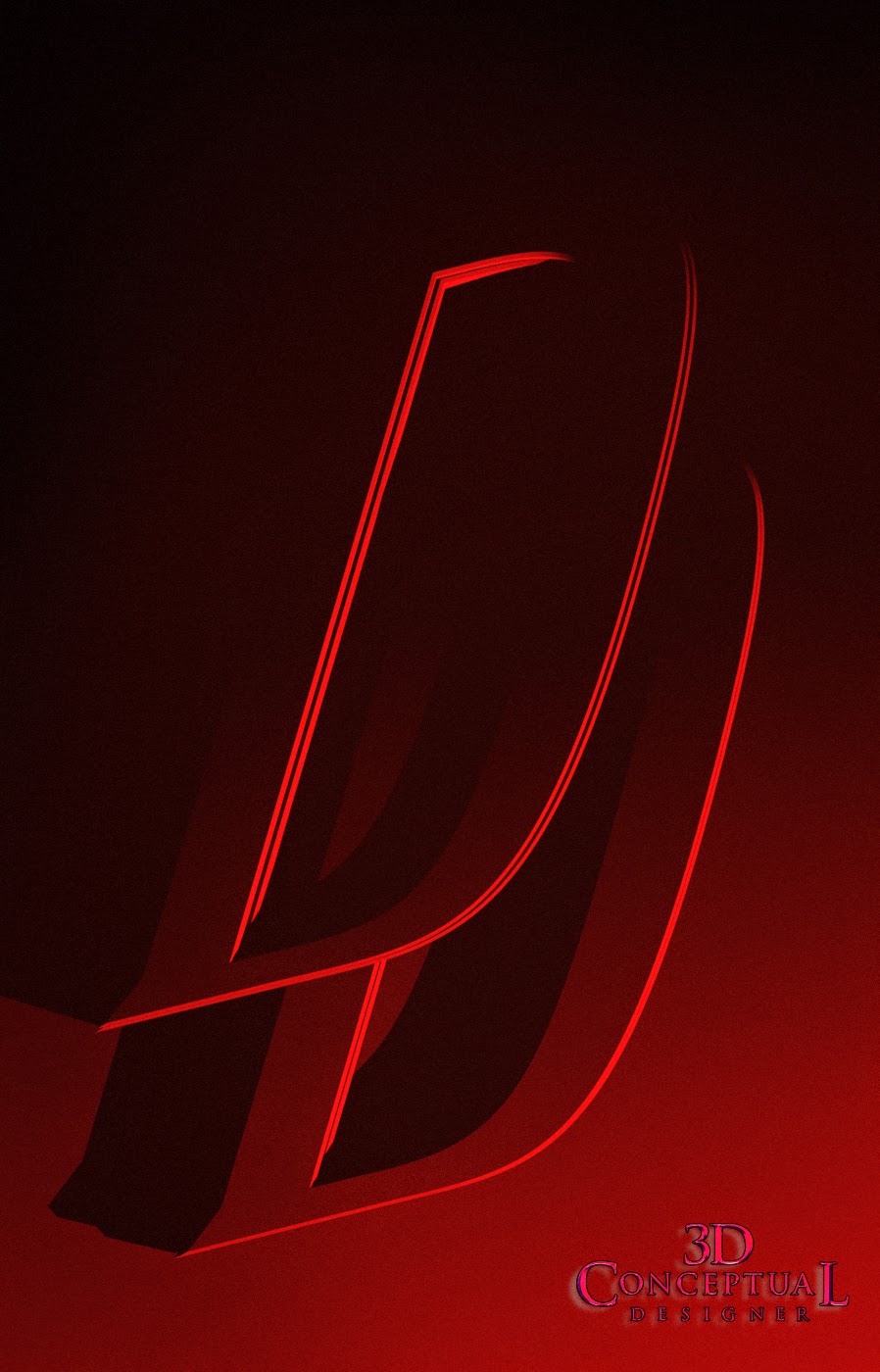 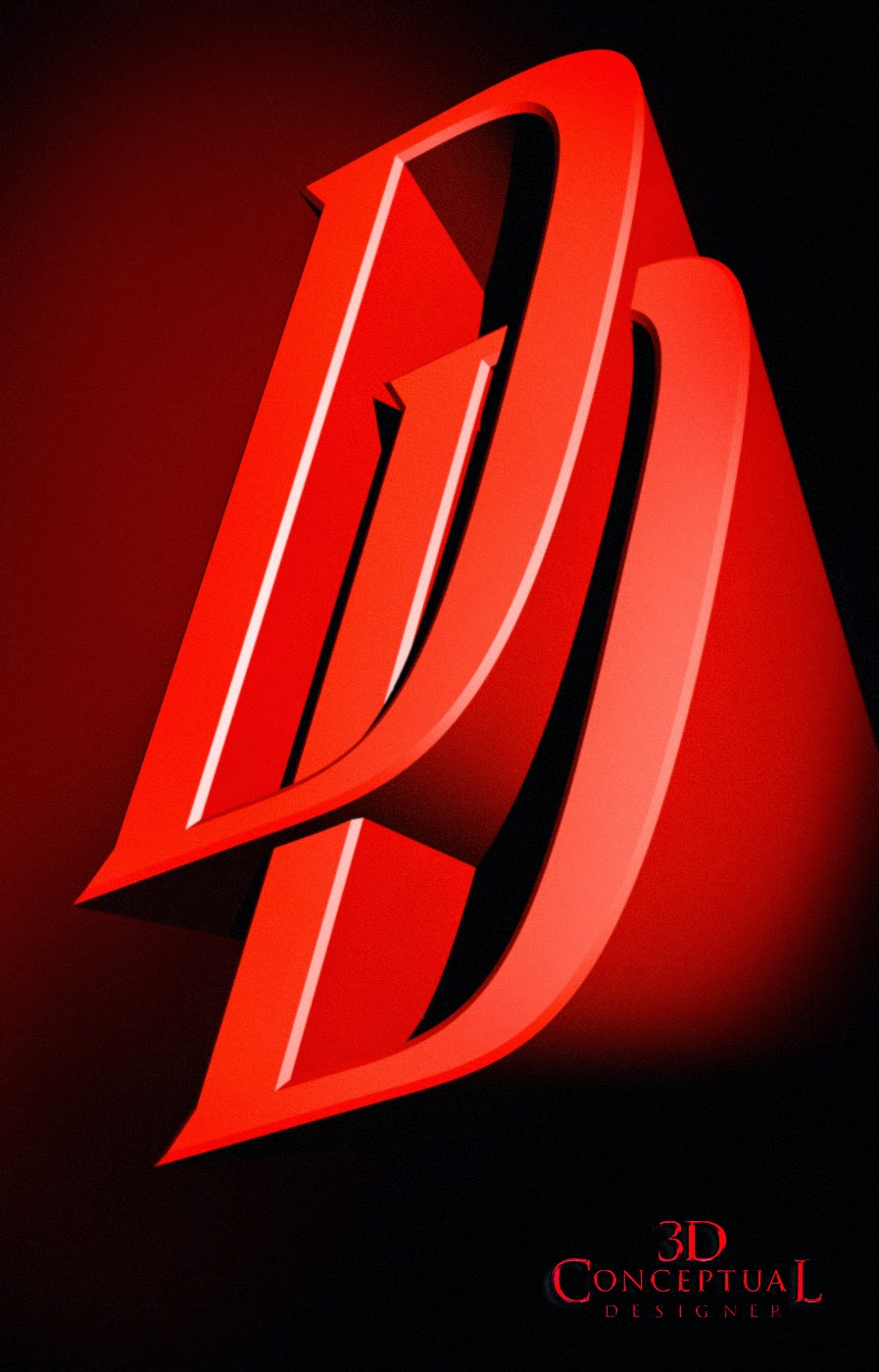 I extruded back 100x these two D's and put a basic high contrast red on them with the camera lowered down for this DareDevil icon idea from 2002. 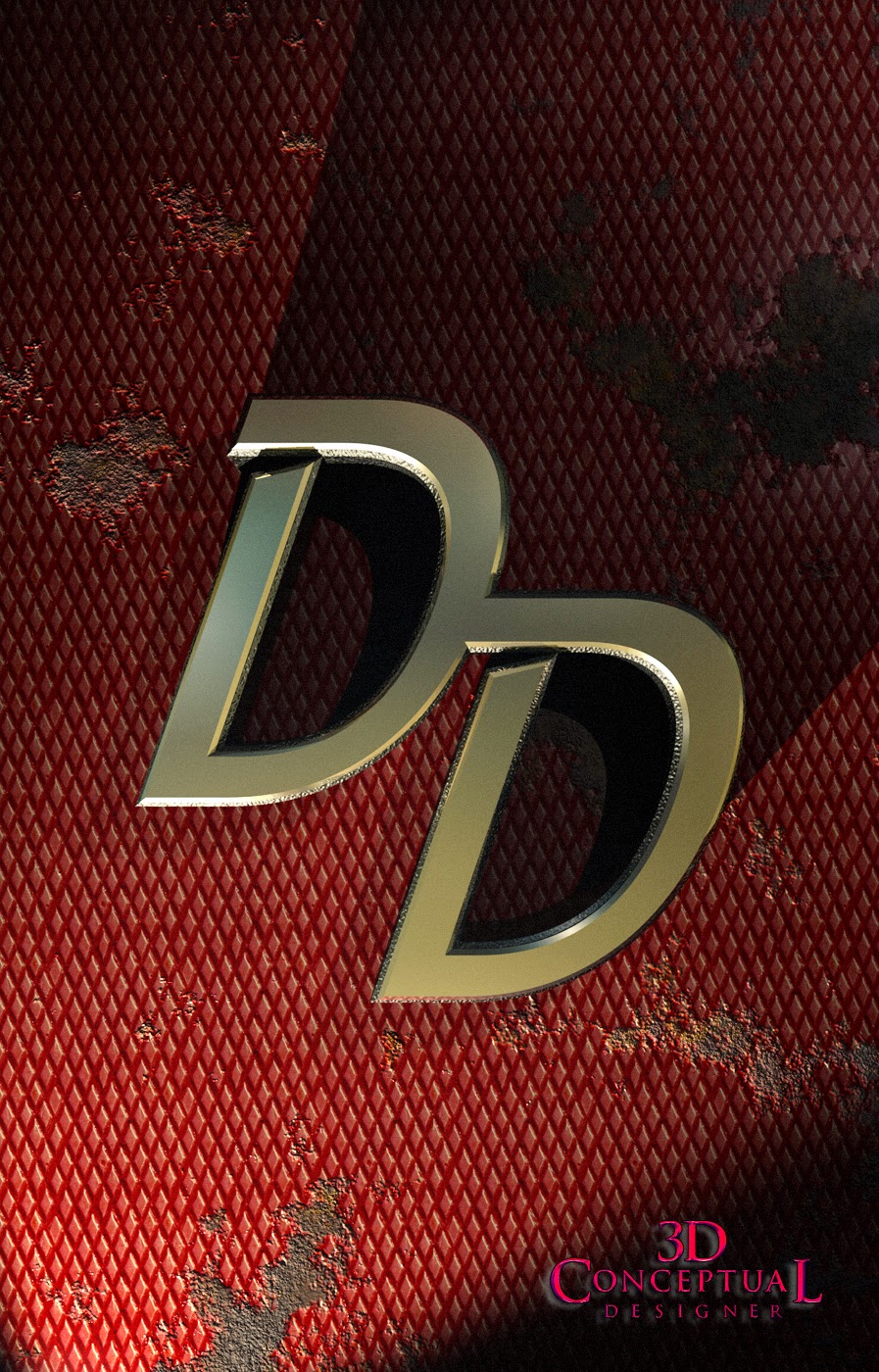 Brushed Aluminum DD's on a hex metal rusted back plate. High contrast still in the lighting but realistic textures were combined in this Title Treatment. 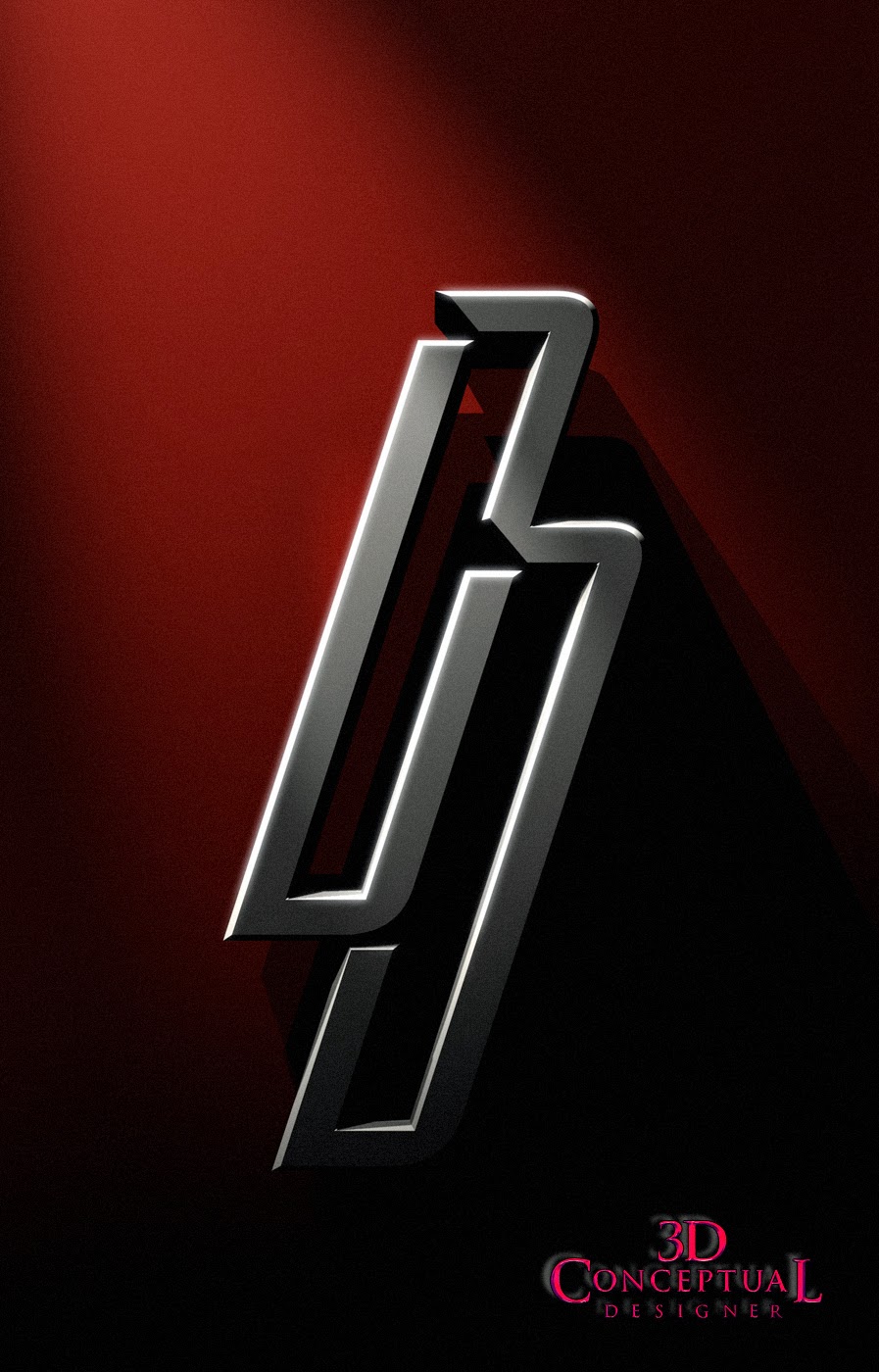 I used High contrast light and shadows with a realistic metal texture on these skinny Daredevil D's, and added some post FX with the highlight glows. 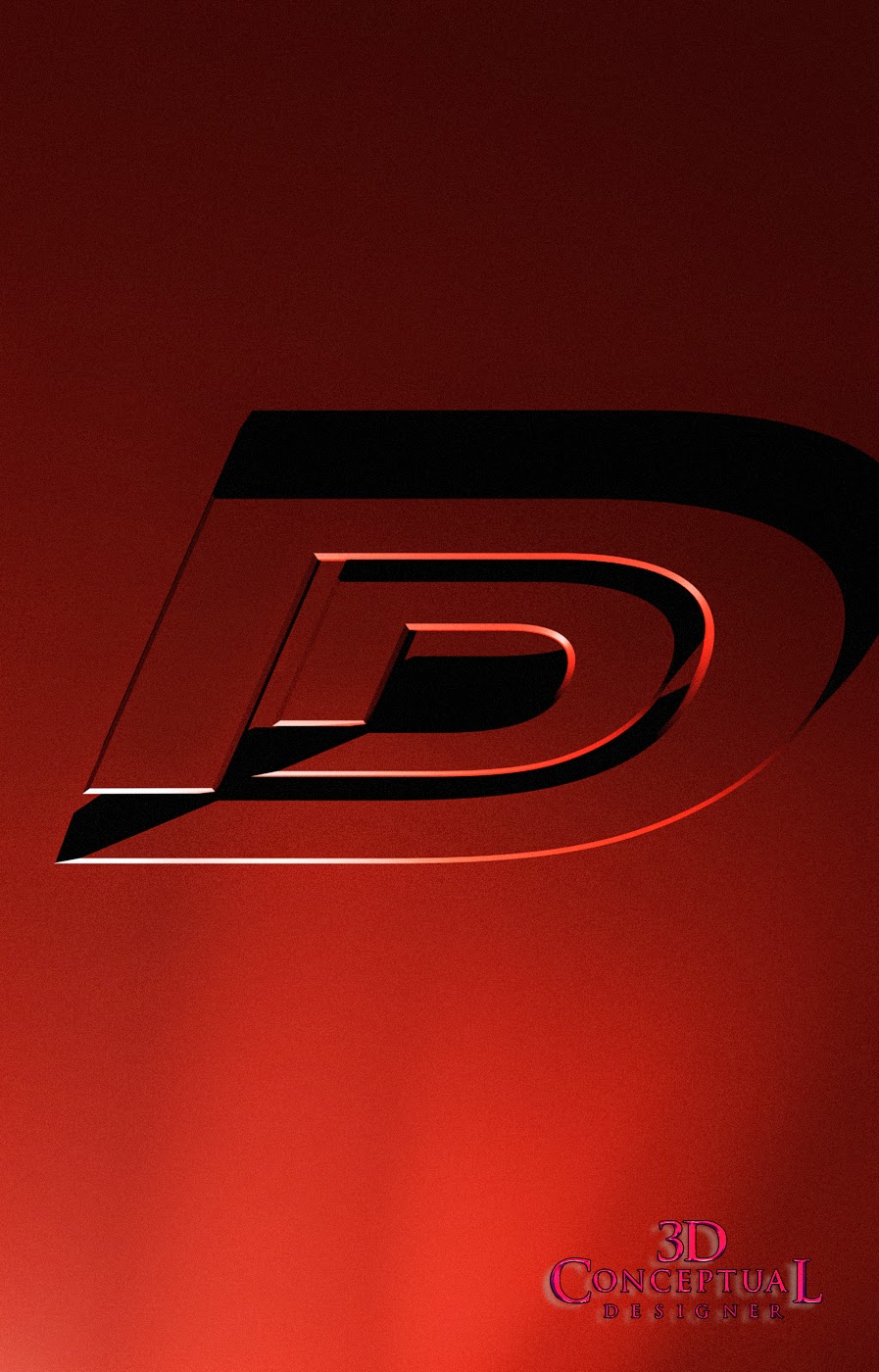 Inset squared out Double D's with a little gloss added to the material for the type so I could get that thin sharp highlight. 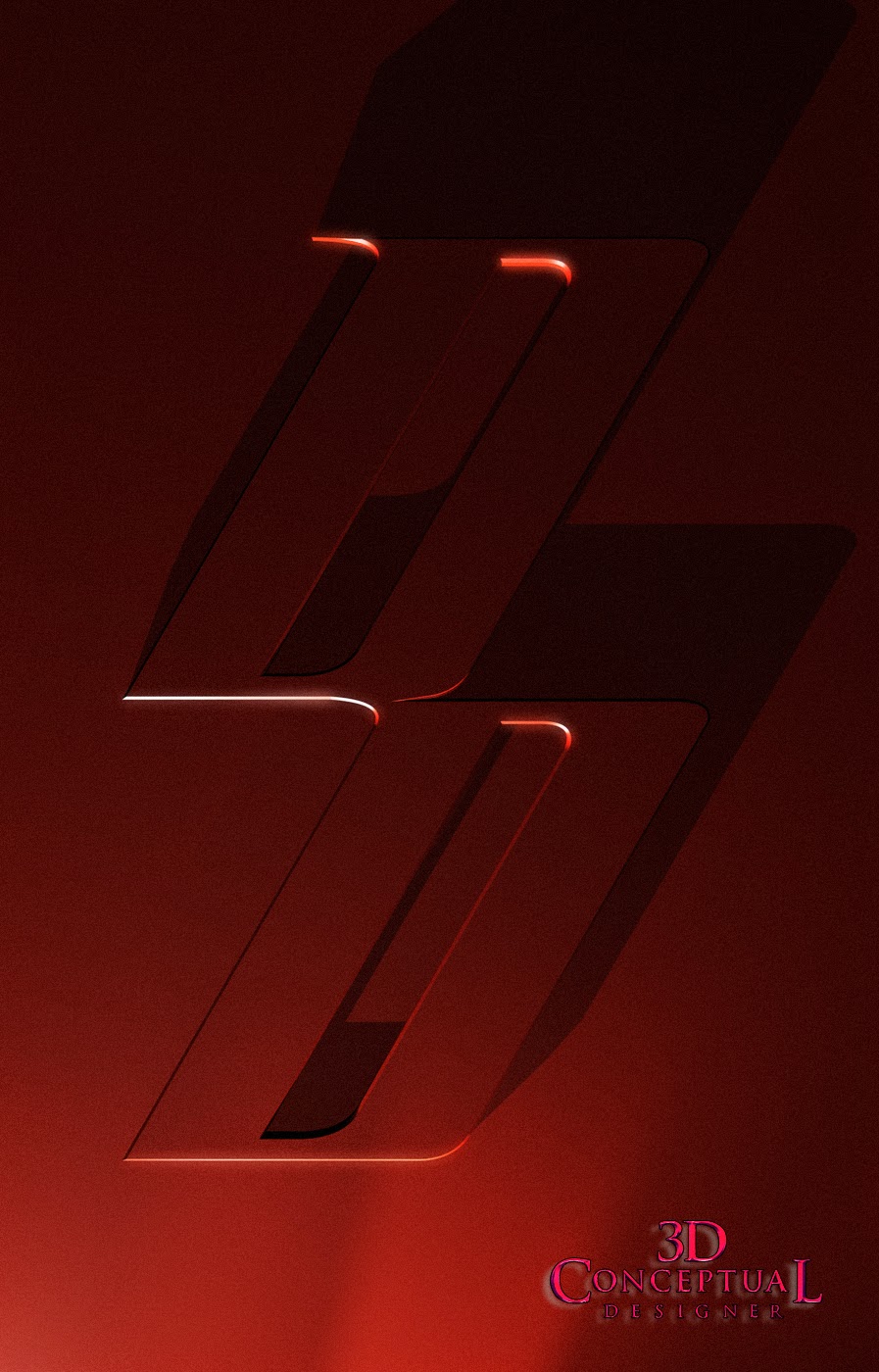 A design with the D's stacked vertical with a dark feel and mini lighting glints, a very second read type of approach. 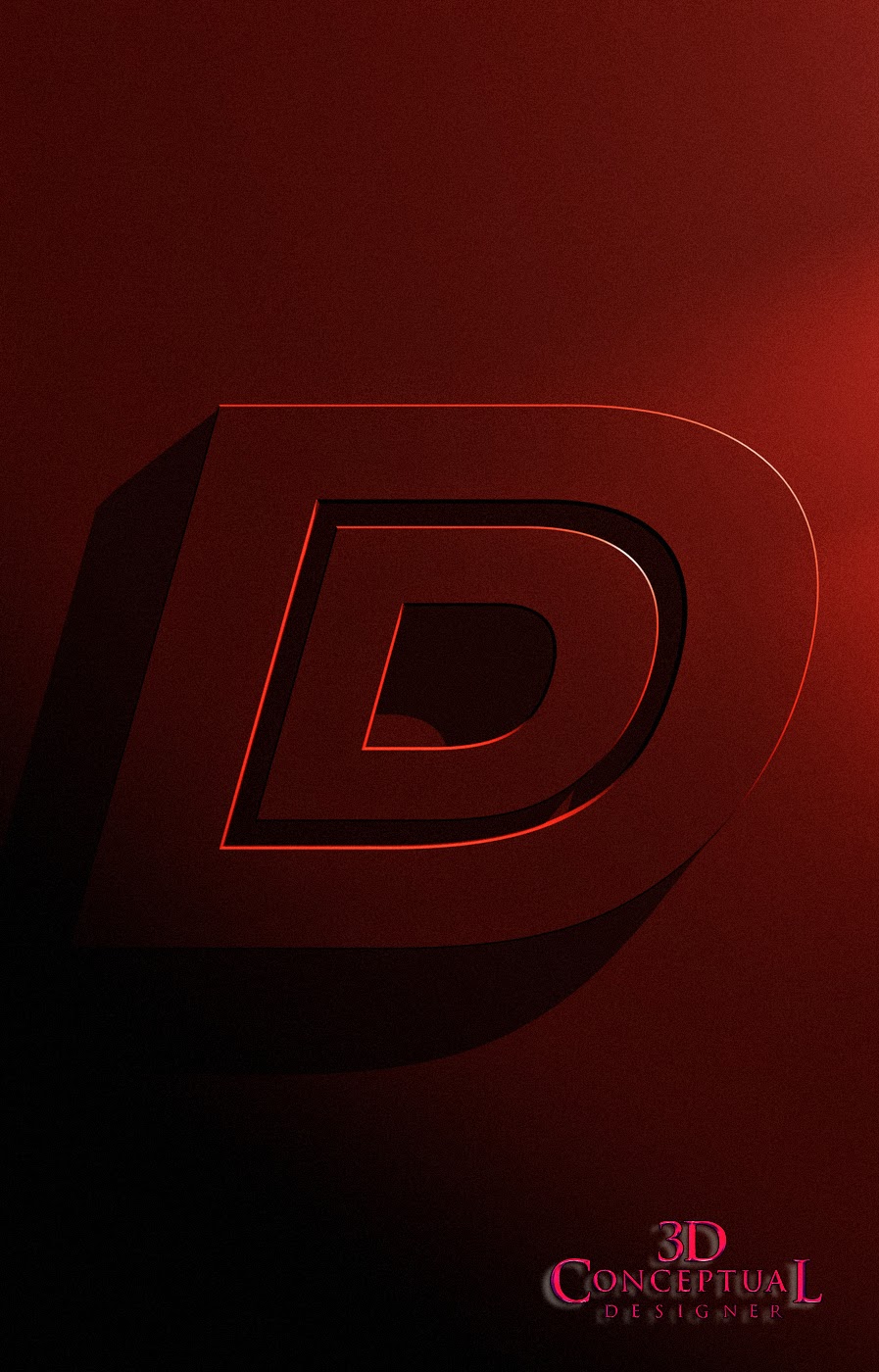 Another D inset inside the other one, for this Daredevil Icon. I went dark and moody with the lighting on this one as well, so we had bright to dark options in the full presentation. 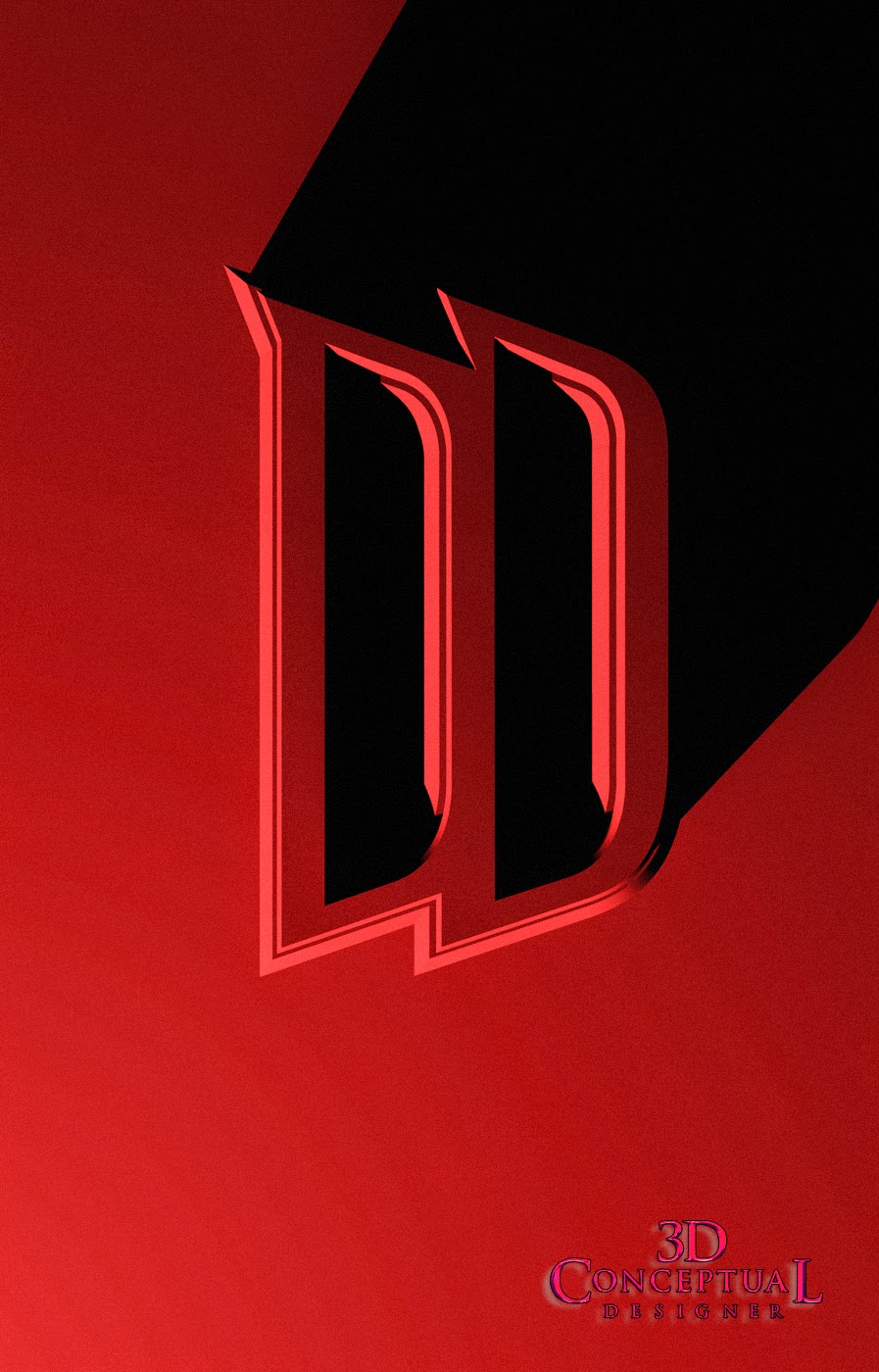 A double stack Title with a holding device with two different scaled bevels with the high contrast light and texture look. 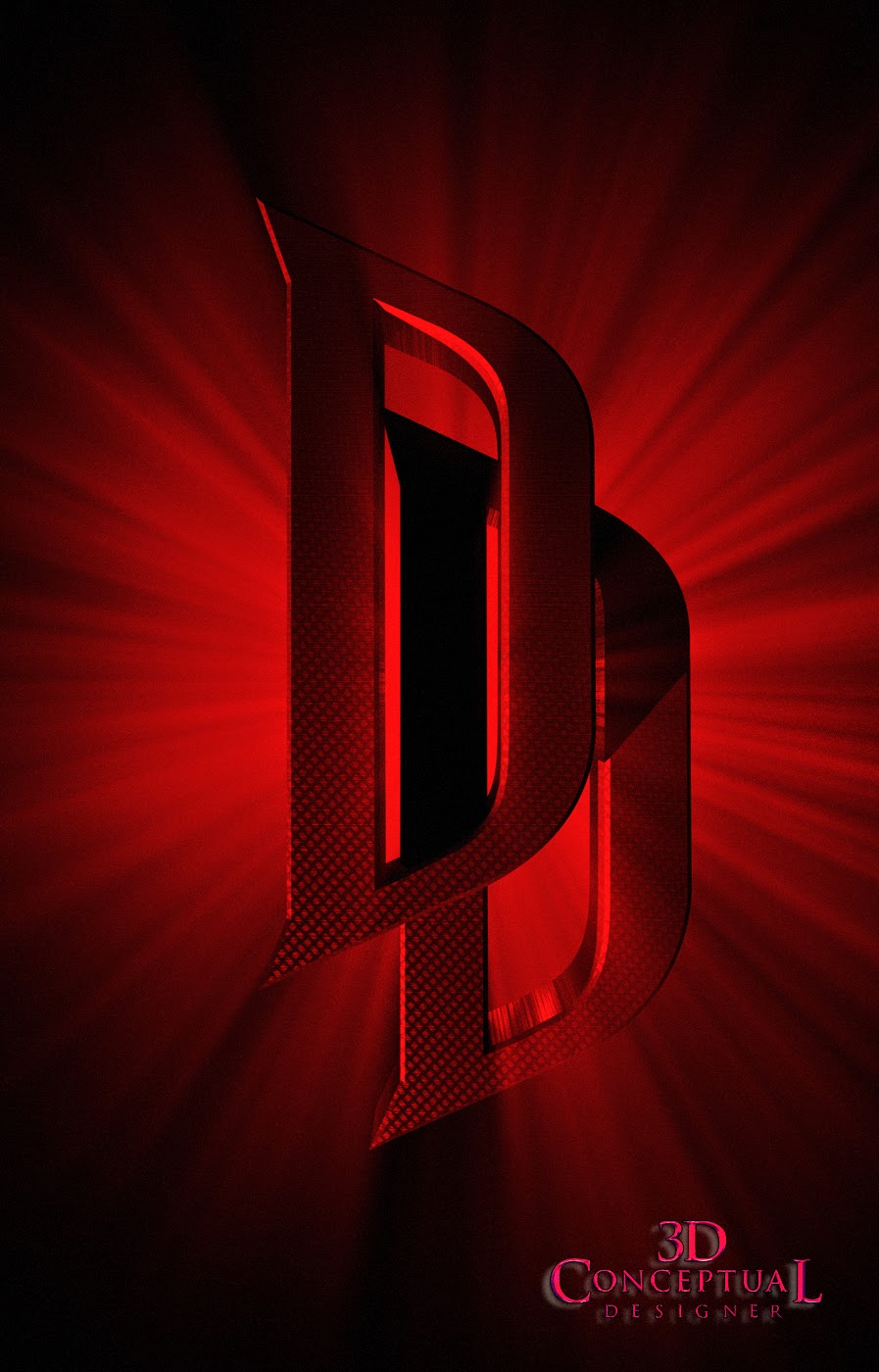 I did a back lit glass version here with the volumetric light rays coming past, so I dropped in these honeycomb surface textured metal ones to see the look it would produce with the red lighting reflecting in the cool steel. 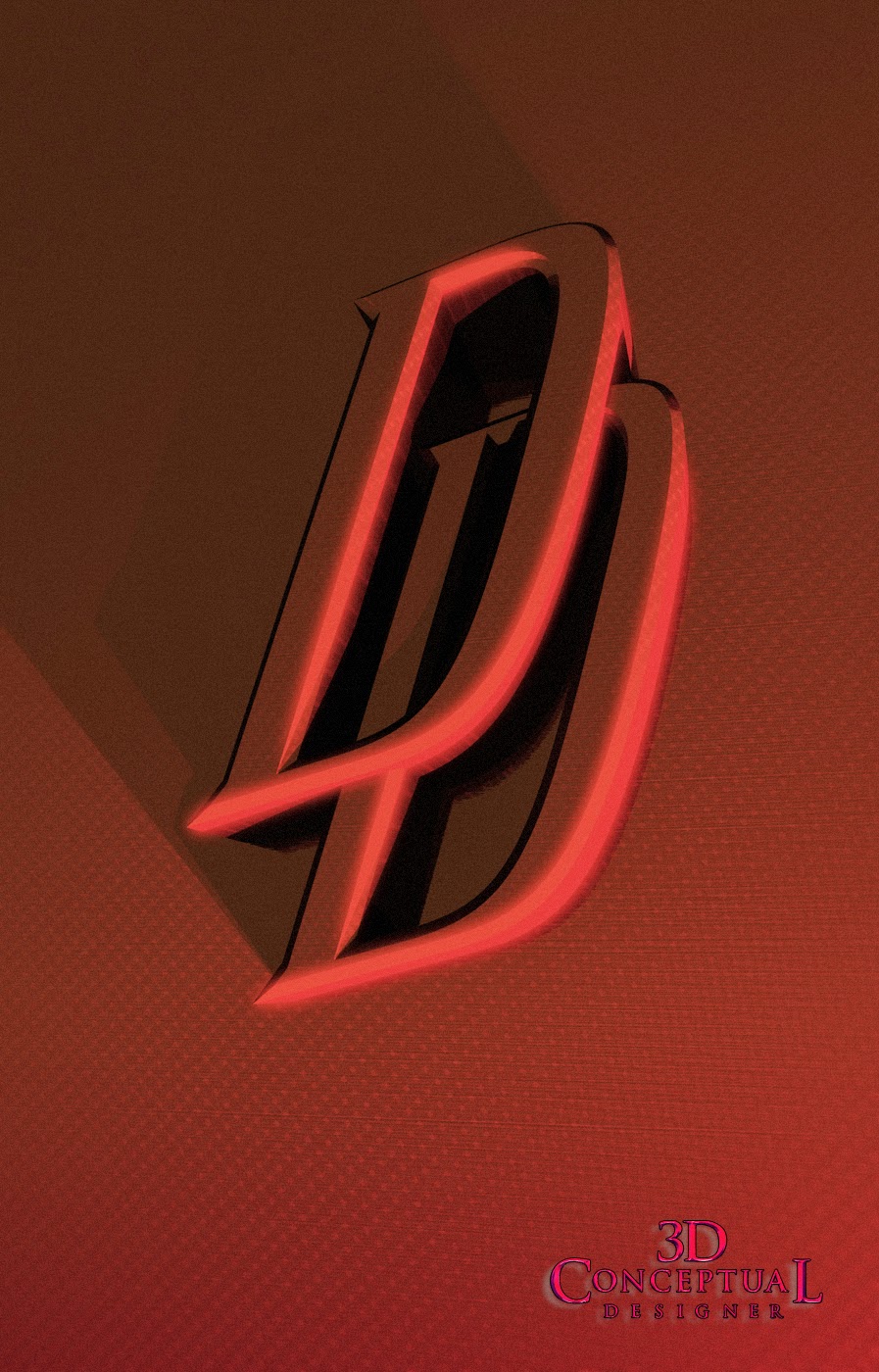 Another up angle on two interlocking D's with a post glow added while sitting on a textured back plate to emulate a red flat'ish carbon fiber material.


I see that a new Daredevil TV series is coming out in 2015, so I dug up a few more pieces from over a decade ago from when I worked on this advertising campaign for the film Daredevil in 2002, and I have added more 'DD' icons in this, my fourth posting for the film.

The Interlocked D's are an Icon long used in Dare Devil, so I created more than thirty variations based on vector files provided to me by the GFX team.

I did some photographic looks with realistic textures, but I did a full series of looks that were very high contrast to have a propaganda poster feel to the 3D with blocked shadows and bold shapes as well.

This was a typical exercise when I was an in house 3D Designer, in that I was given a day or two to explore a title in 3D to show the client all options. A fun experience and a great subject matter.


Cheers, THOM
Posted by 3Dconceptualdesigner at 10:03 AM