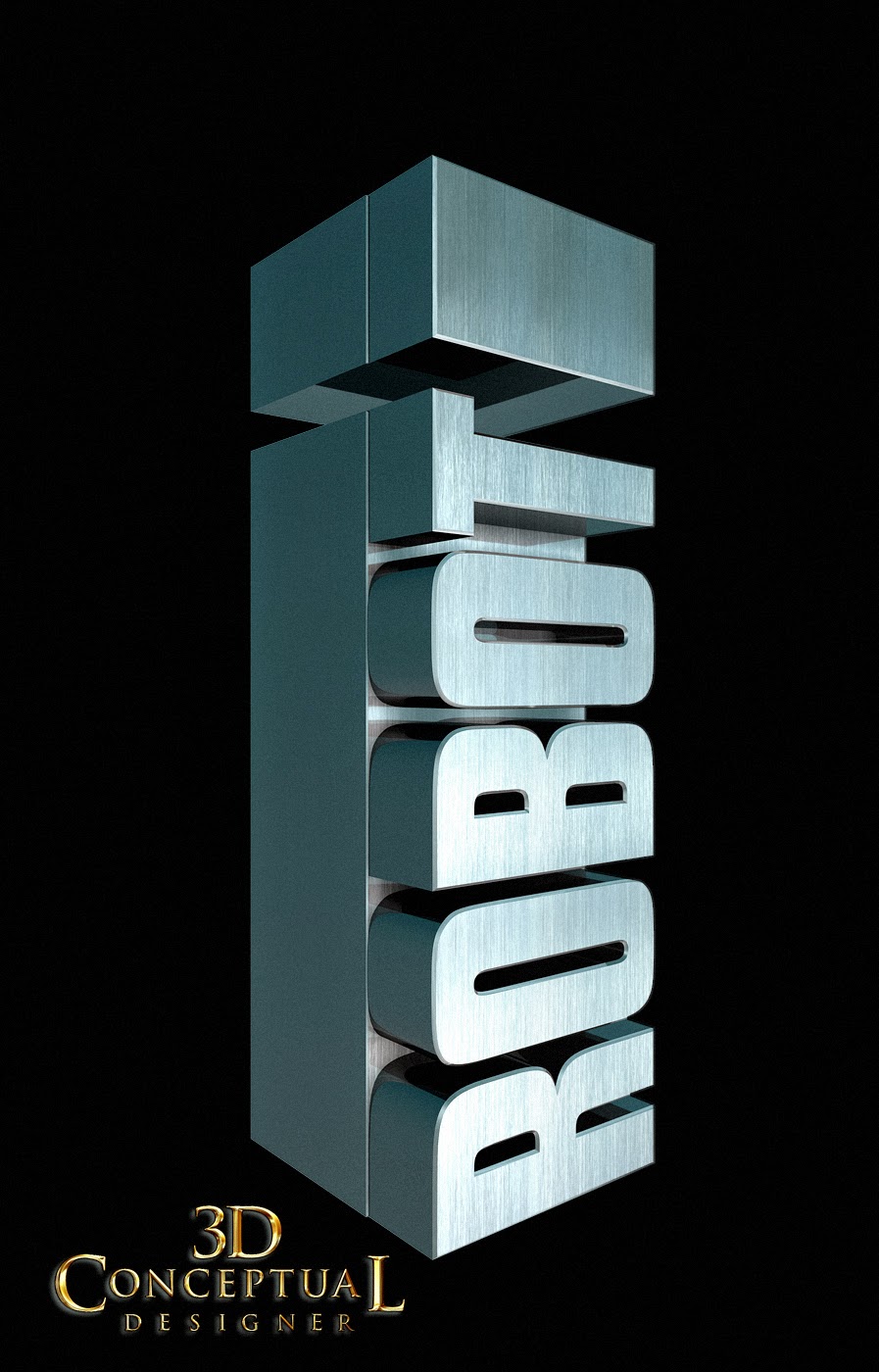 The Main first design I did of the iRobot 3D Icon Logo in brushed steel with a cool blue reflection. 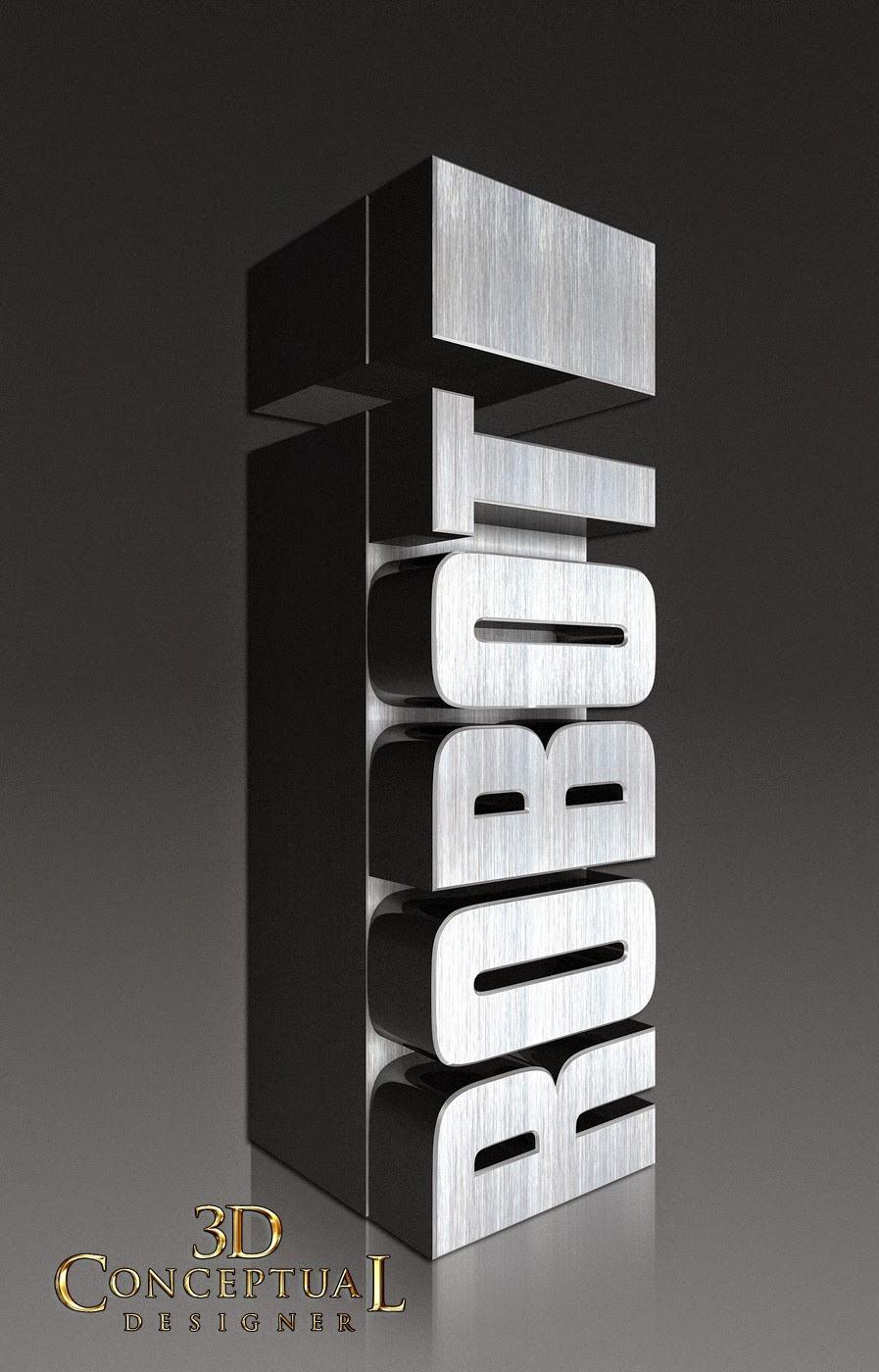 I did this alt with a black-and-white reflection map and lighting set-up in 3D, so it was mostly monochromatic. 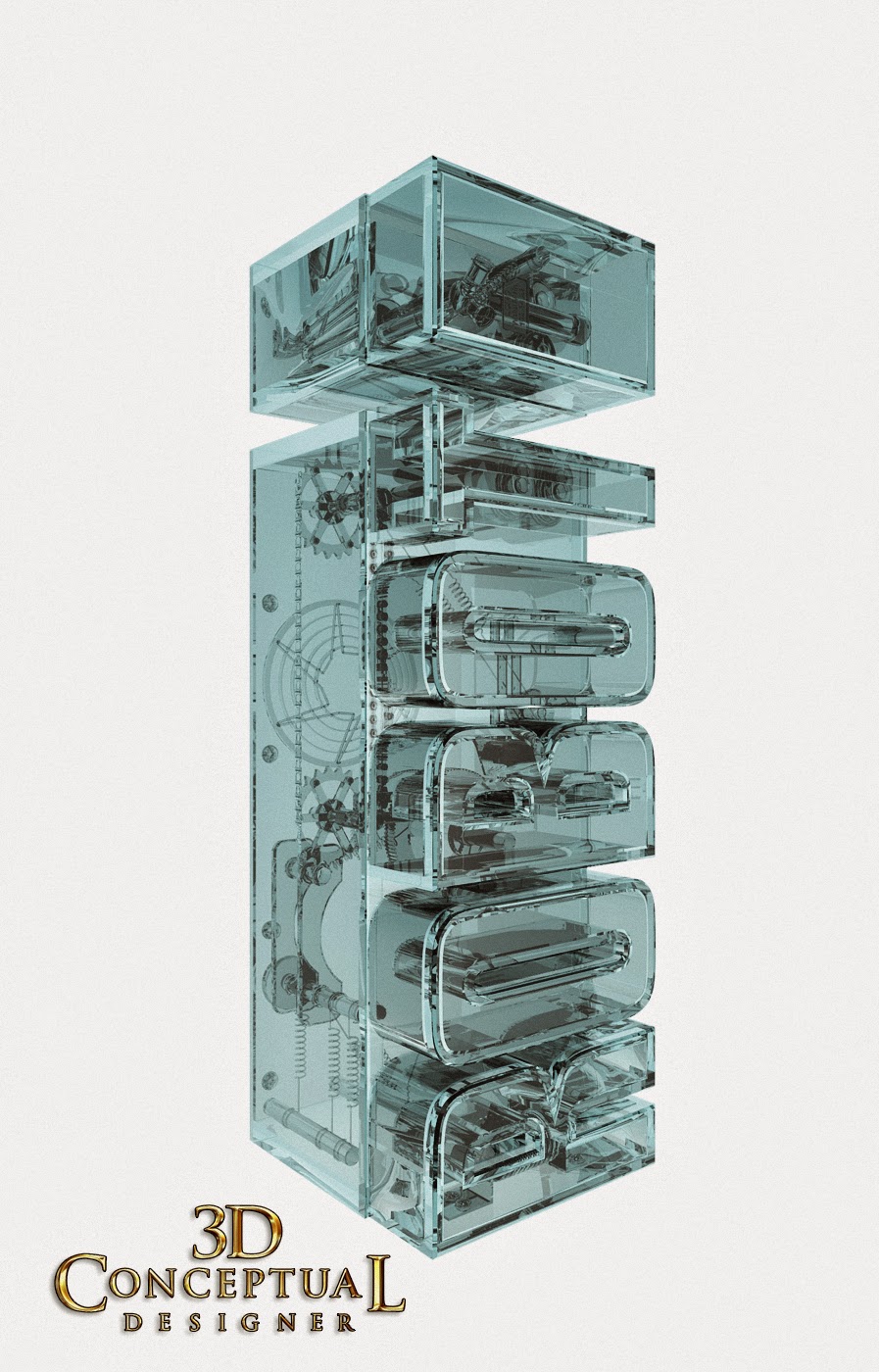 I then rendered out this fully transparent version. I had done a transparent glass Walther PPK for the bond series at BLT,and this was referenced for the look. 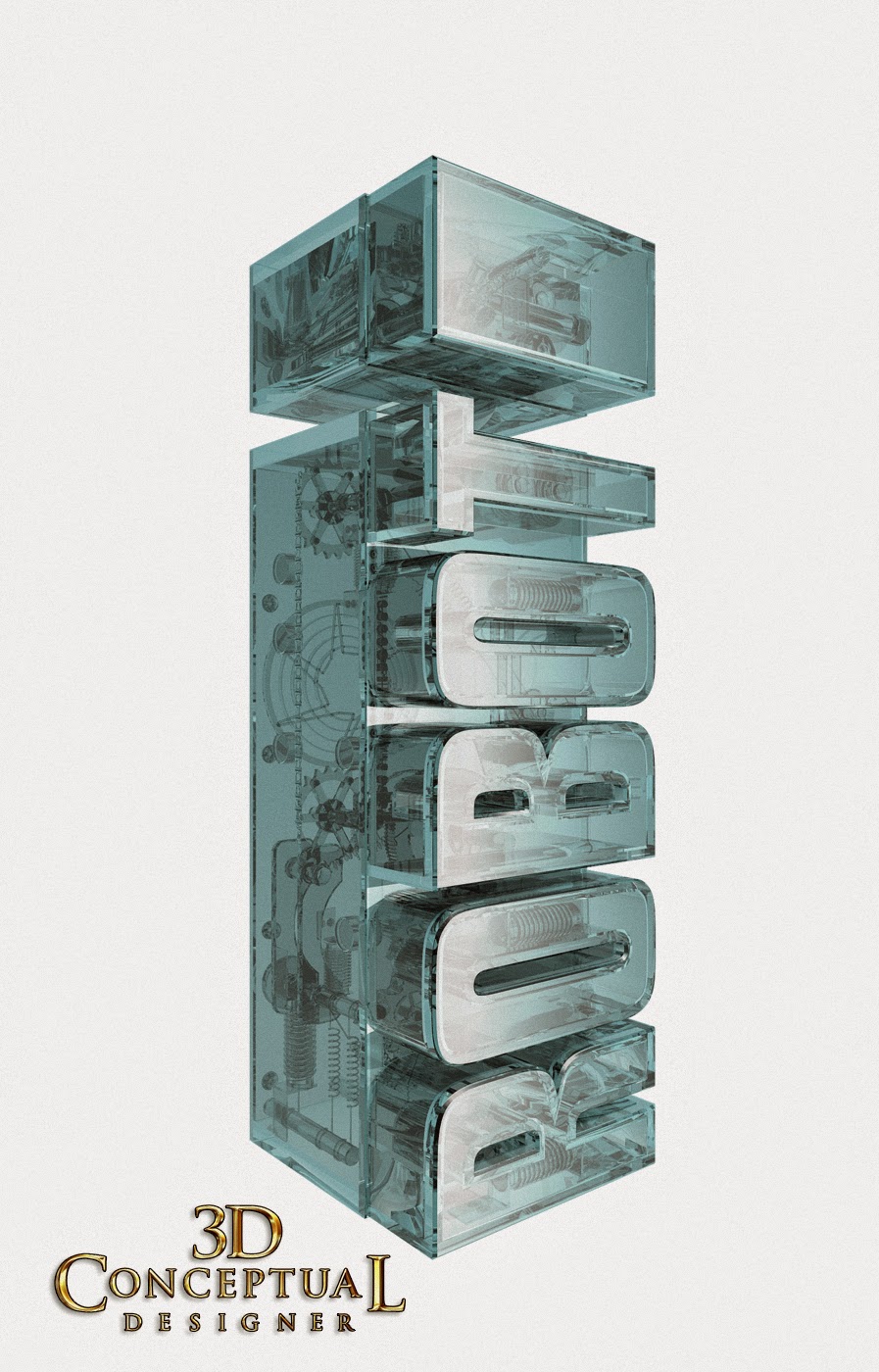 The legibility with glass is a serous issue to deal with so for the next pass I put a wider softer diffused highlight on the face of the logo to cover some details out front. 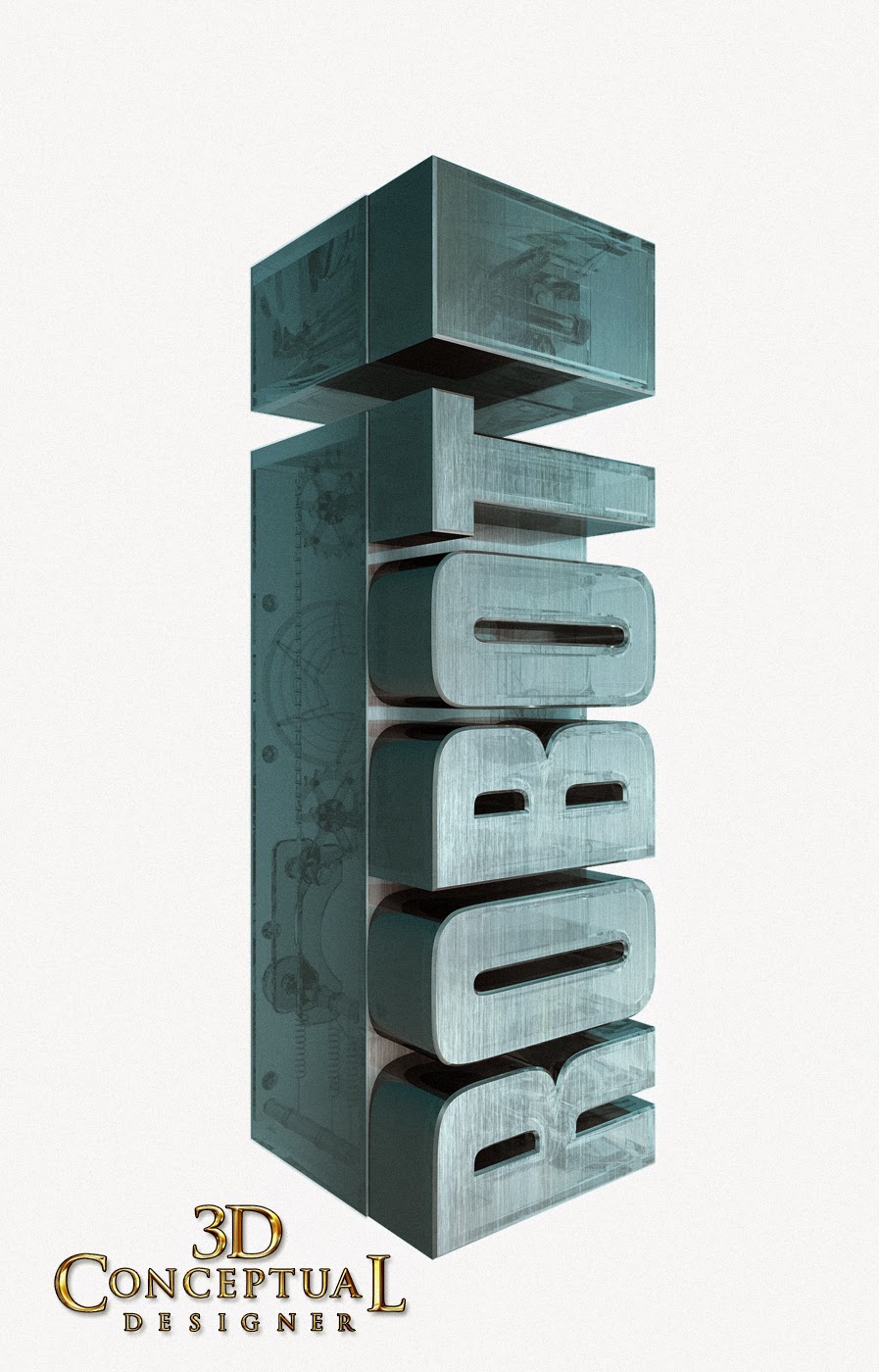 This was a post FX built comp in Photoshop, that I had overlay and underlay shuffling with the two versions of steel and glass to create a transparent aluminum captain! 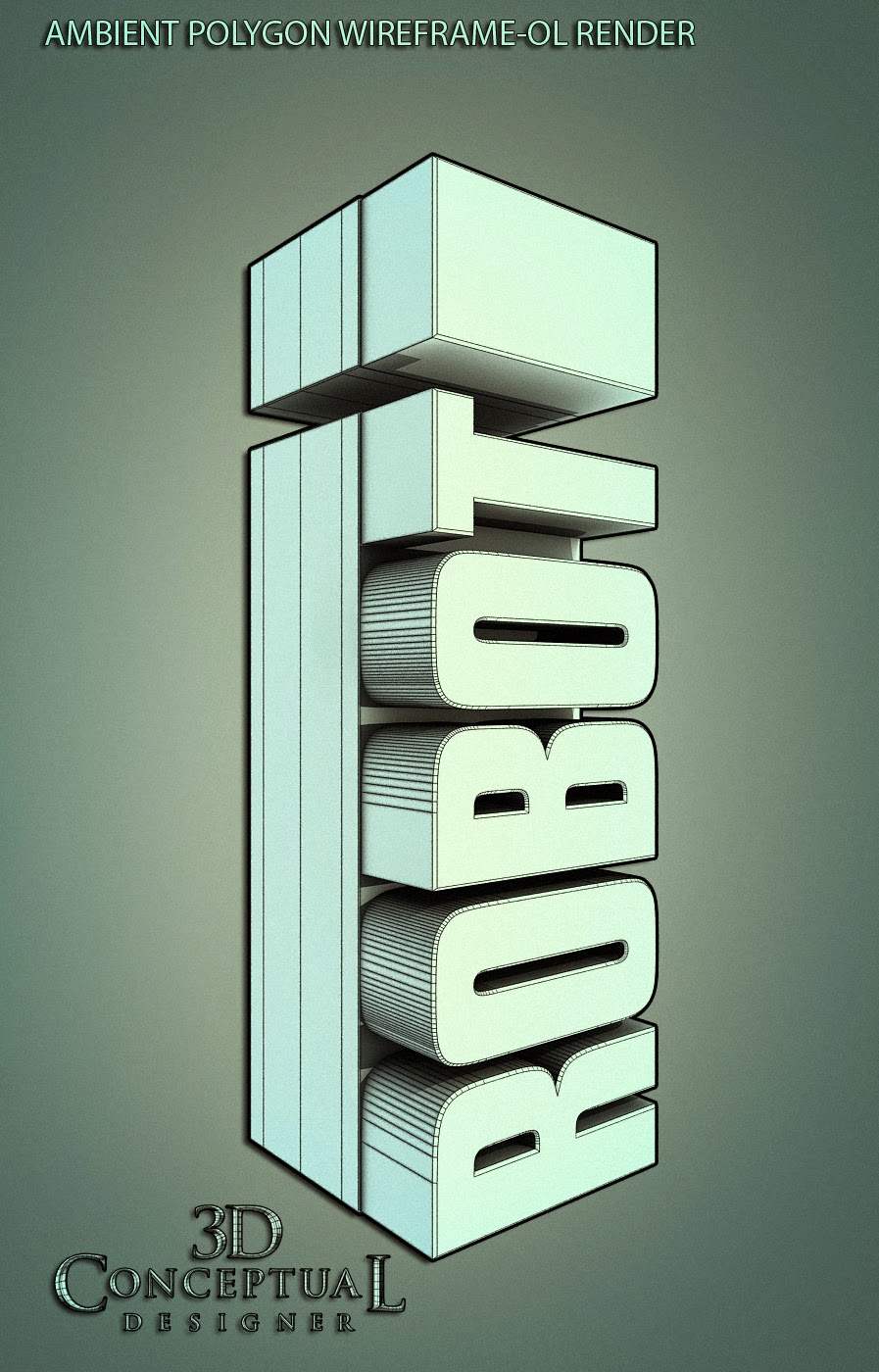 The base exterior 3D Logo build file in ambient wireframe for iRobot. 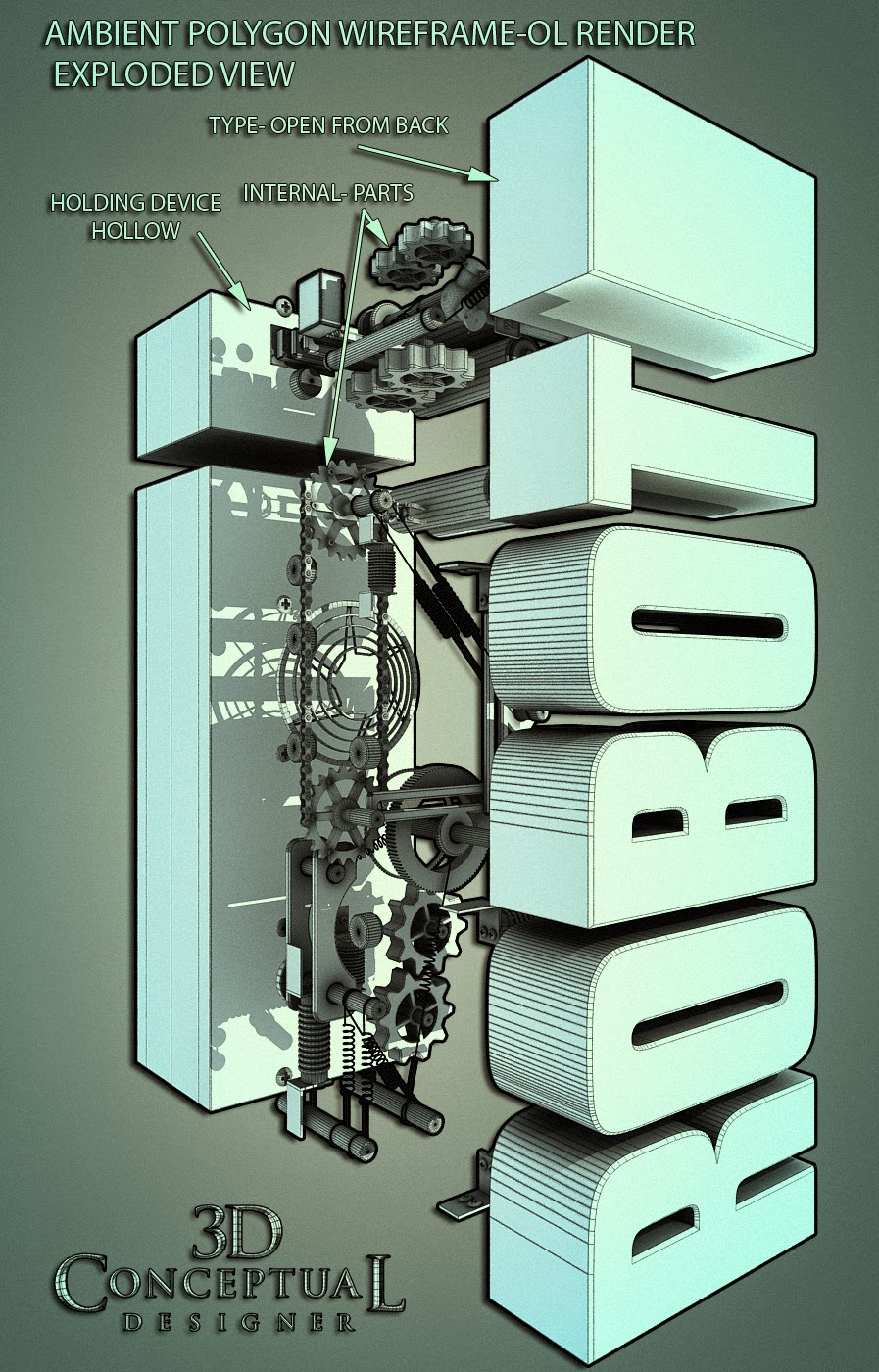 The exploded view shows all the bits and pieces inside this 3D logo. This was referenced for my Astroboy Logo with robot parts inside years latter, as seen here. 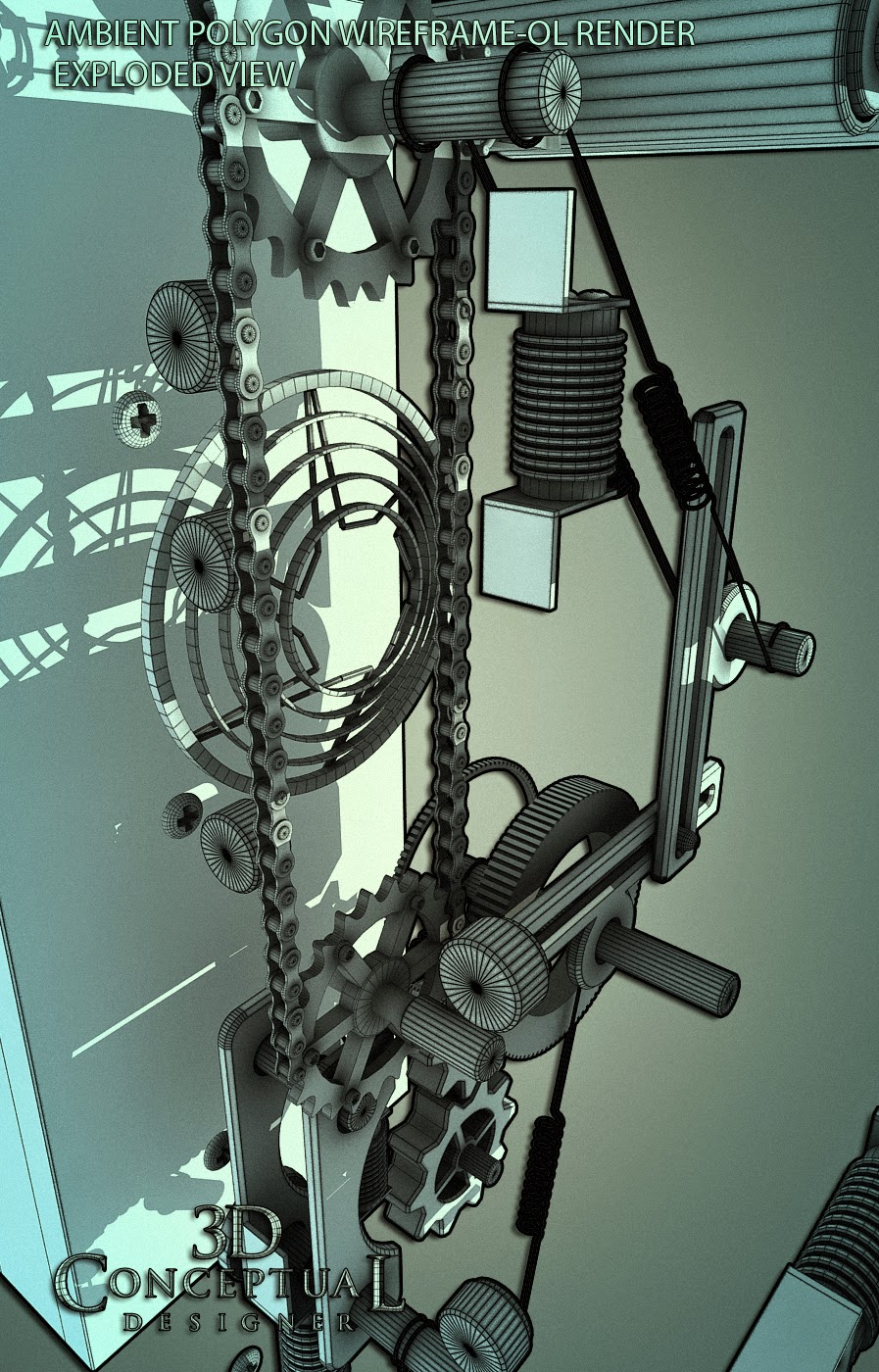 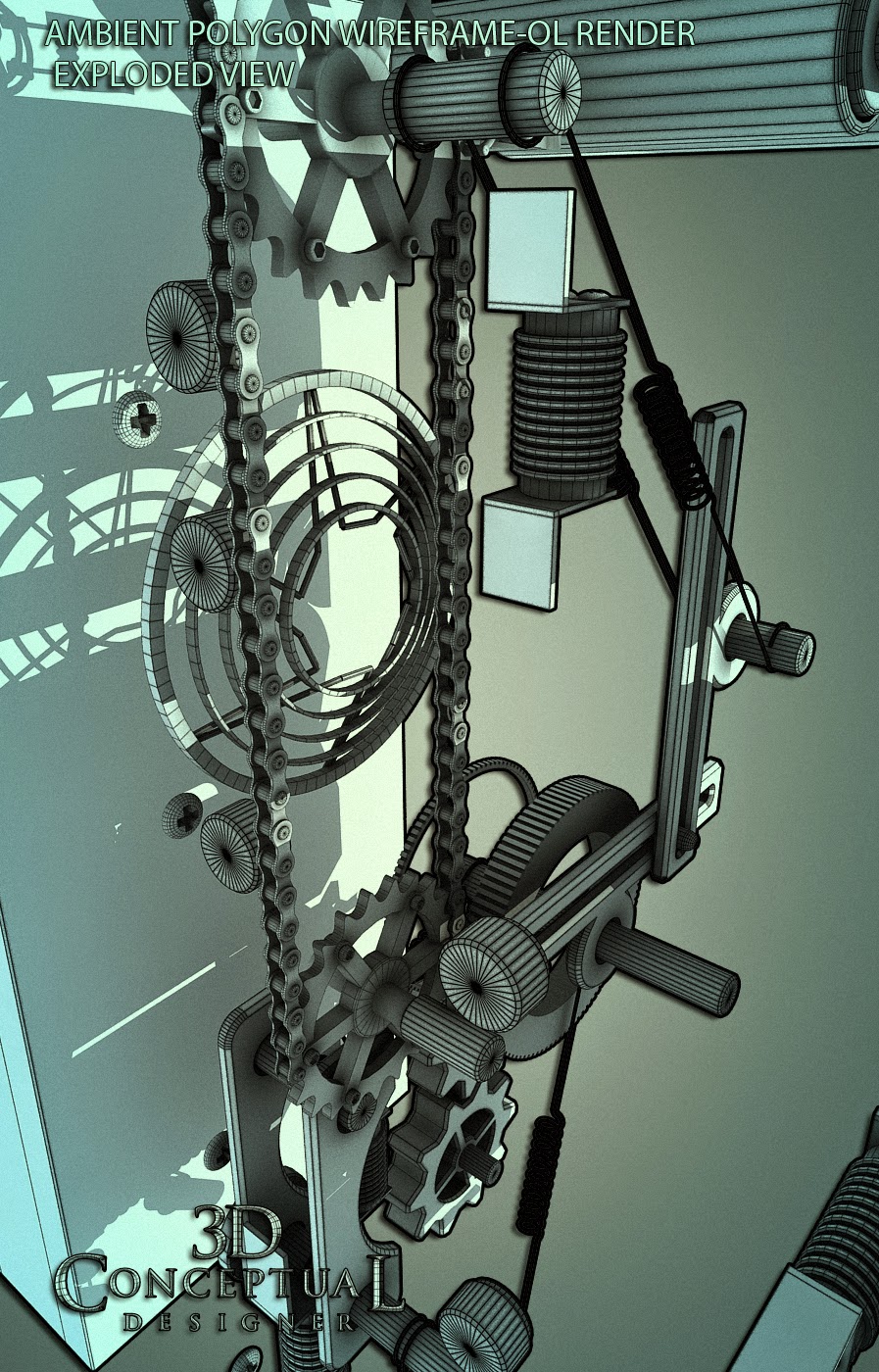 I scaled and fit these parts to fit inside each letter. 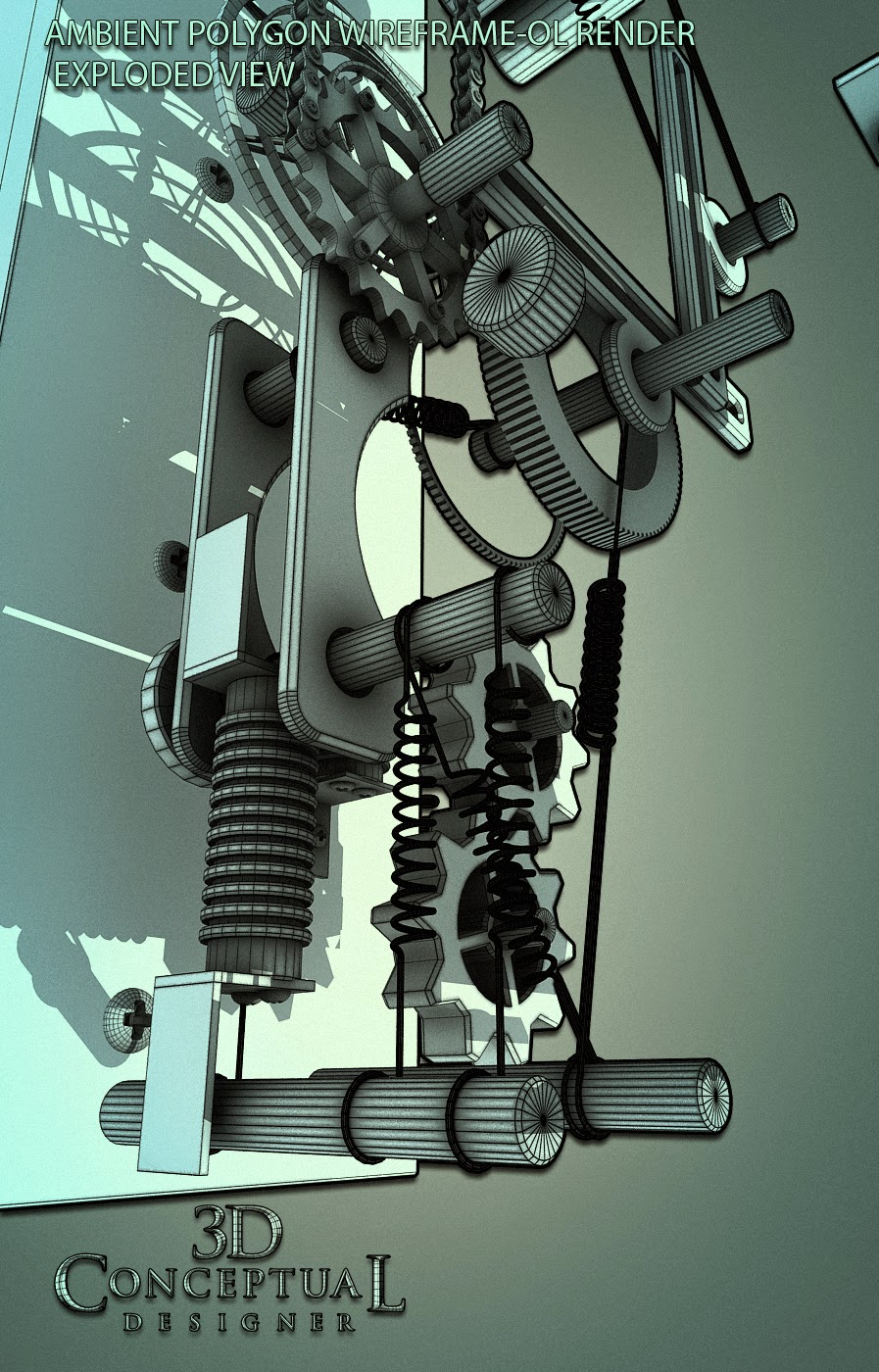 Retainer springs posts and some sub structure was needed inside these letters. 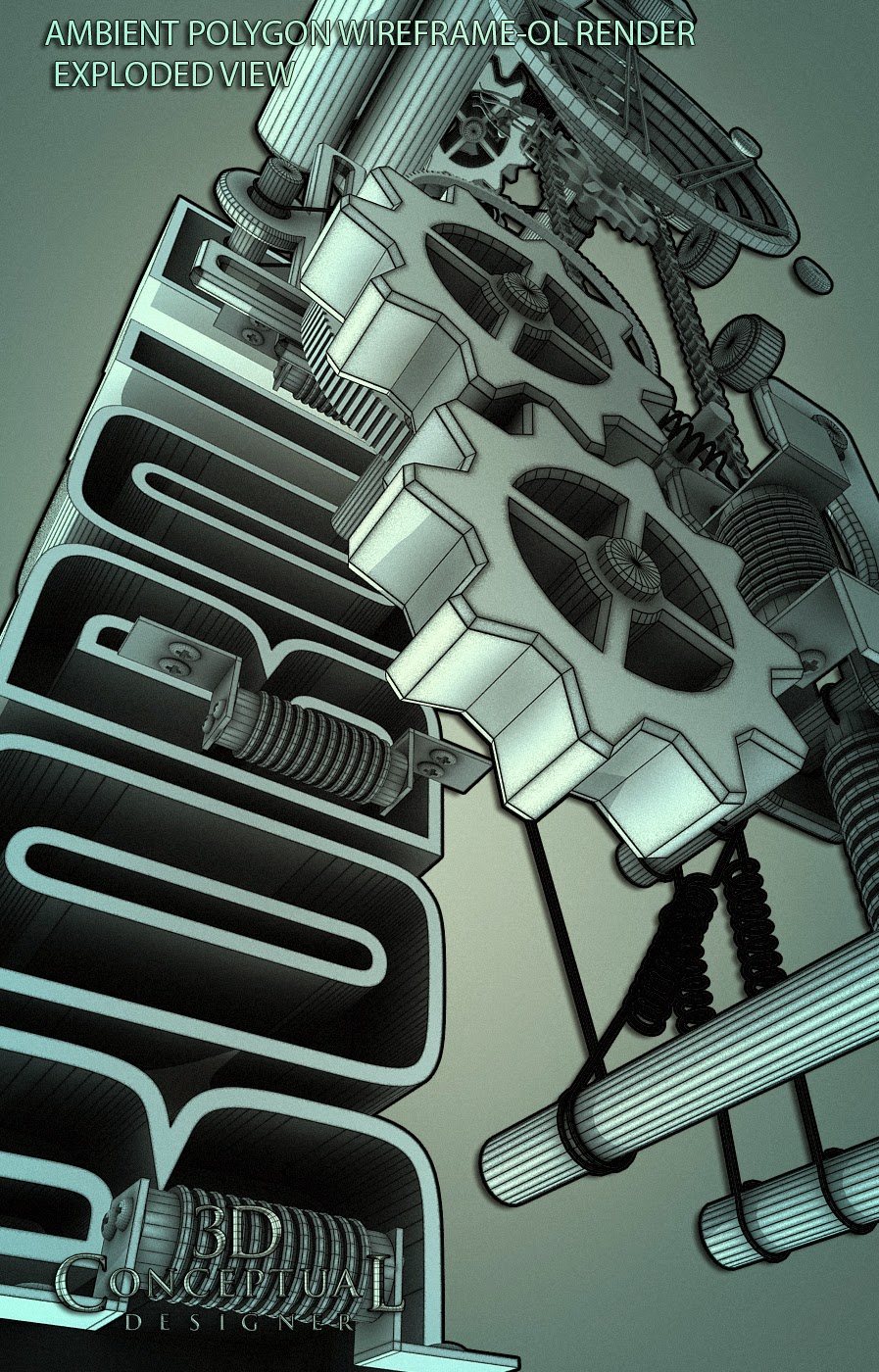 A reverse shot shows the hollow face type that was filled with these pieces. 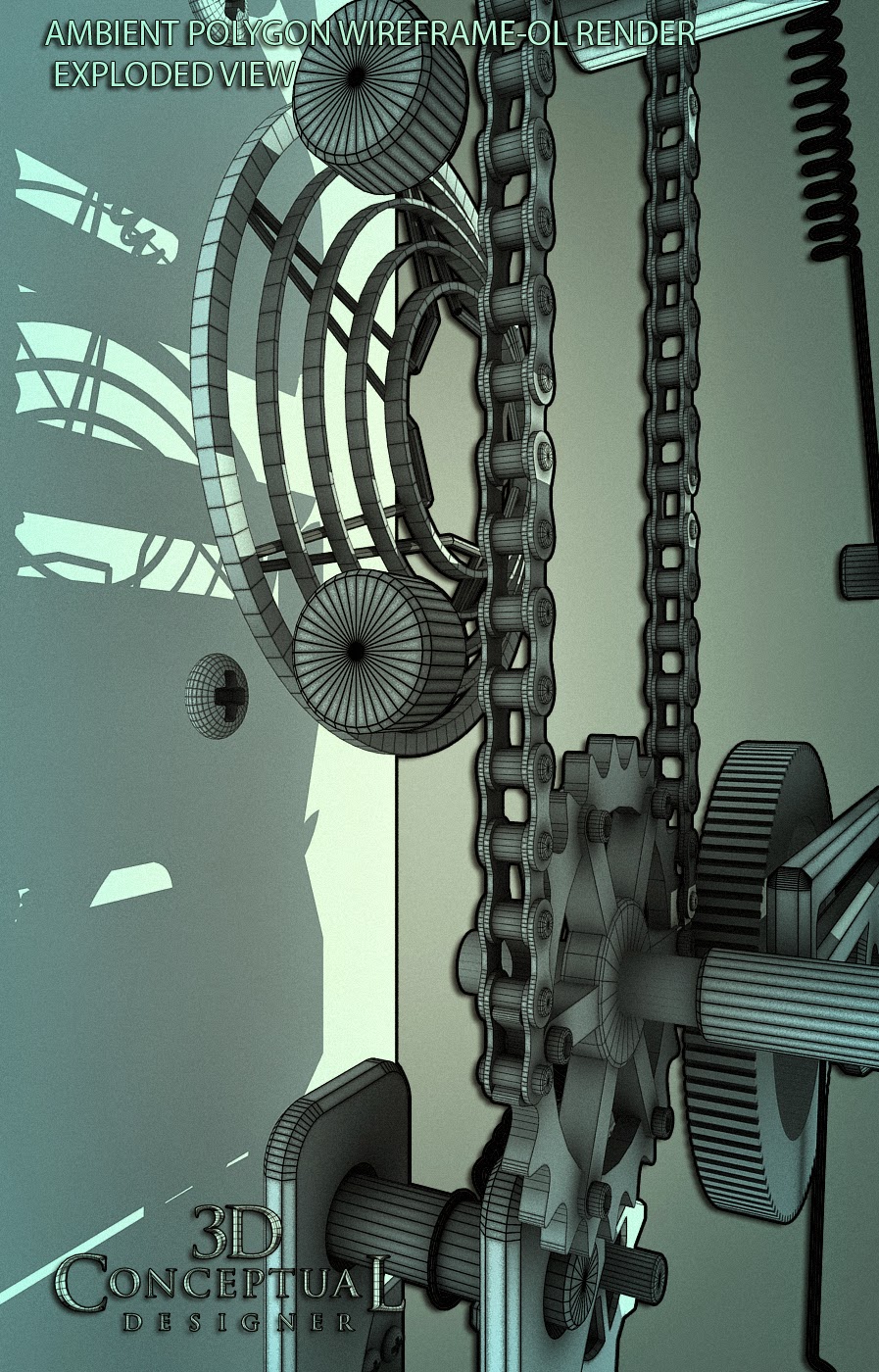 The chain was comp'ed in fast so I did not go fully around the gear[ not enough time]. 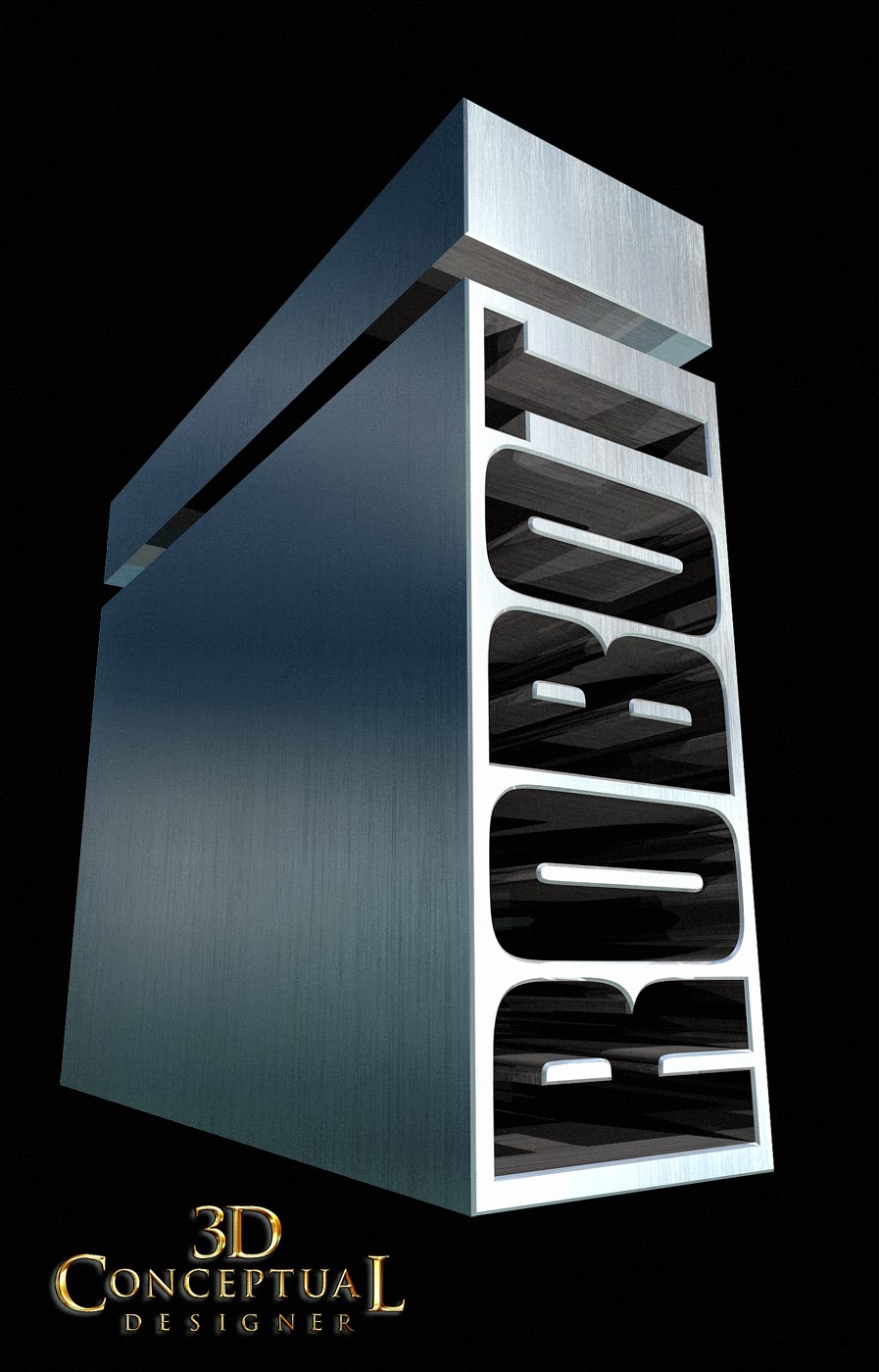 I also did this alternate, a reverse with the type cut fully thru the "I-box". This is the steel render. 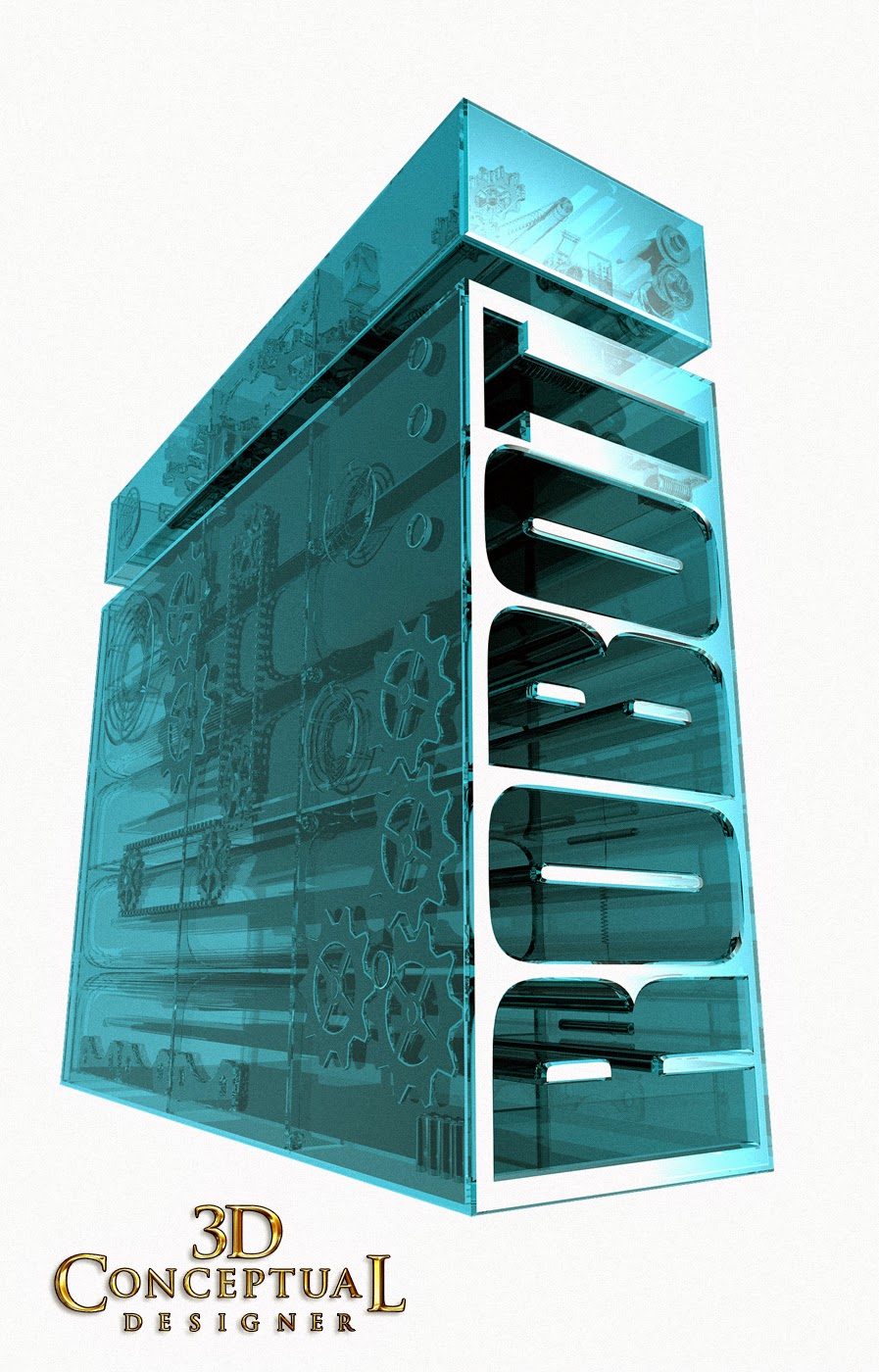 The transparent version with a very electric blue based on the light color on the robots from a film shot we finally received to match color to. 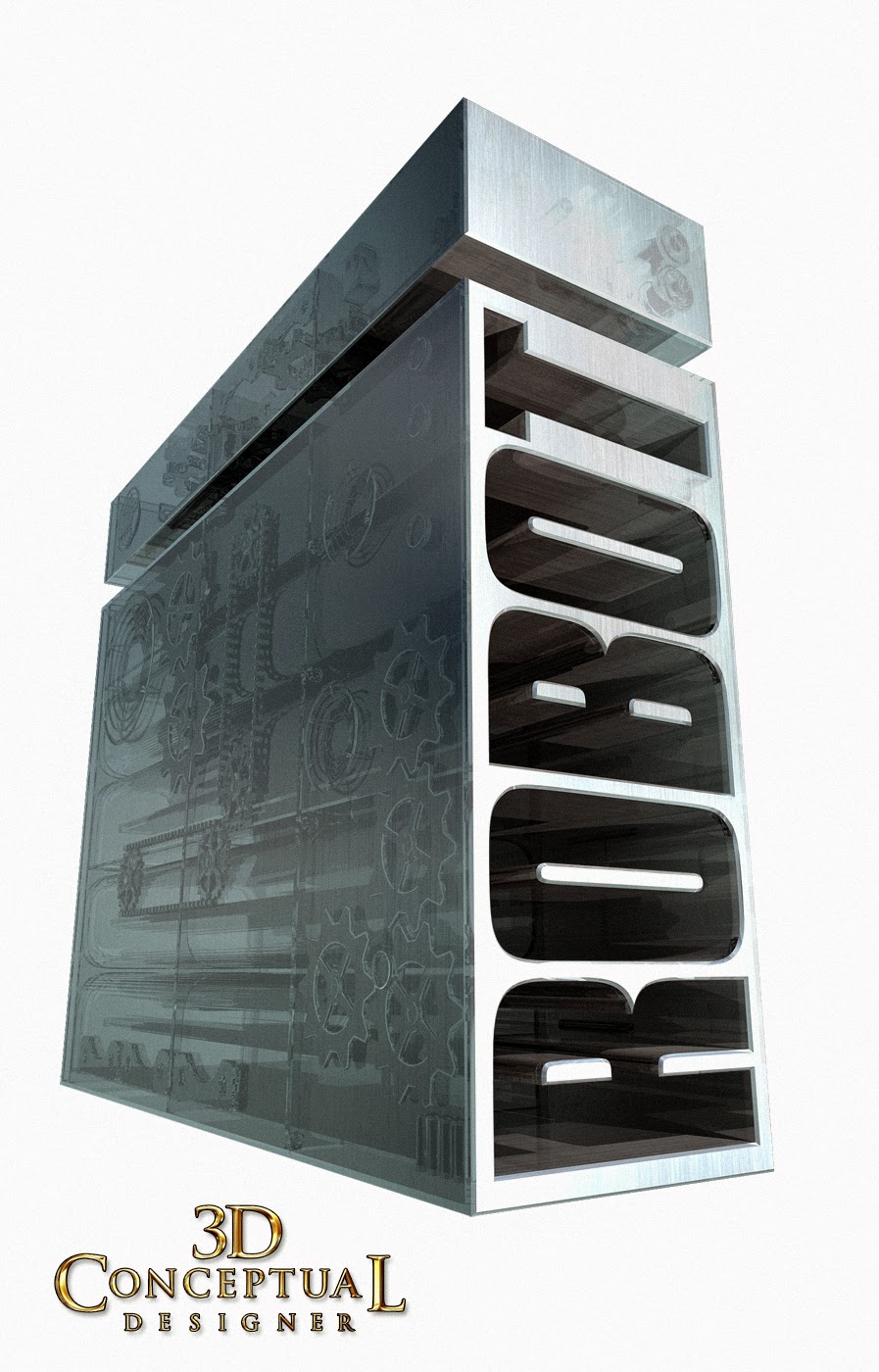 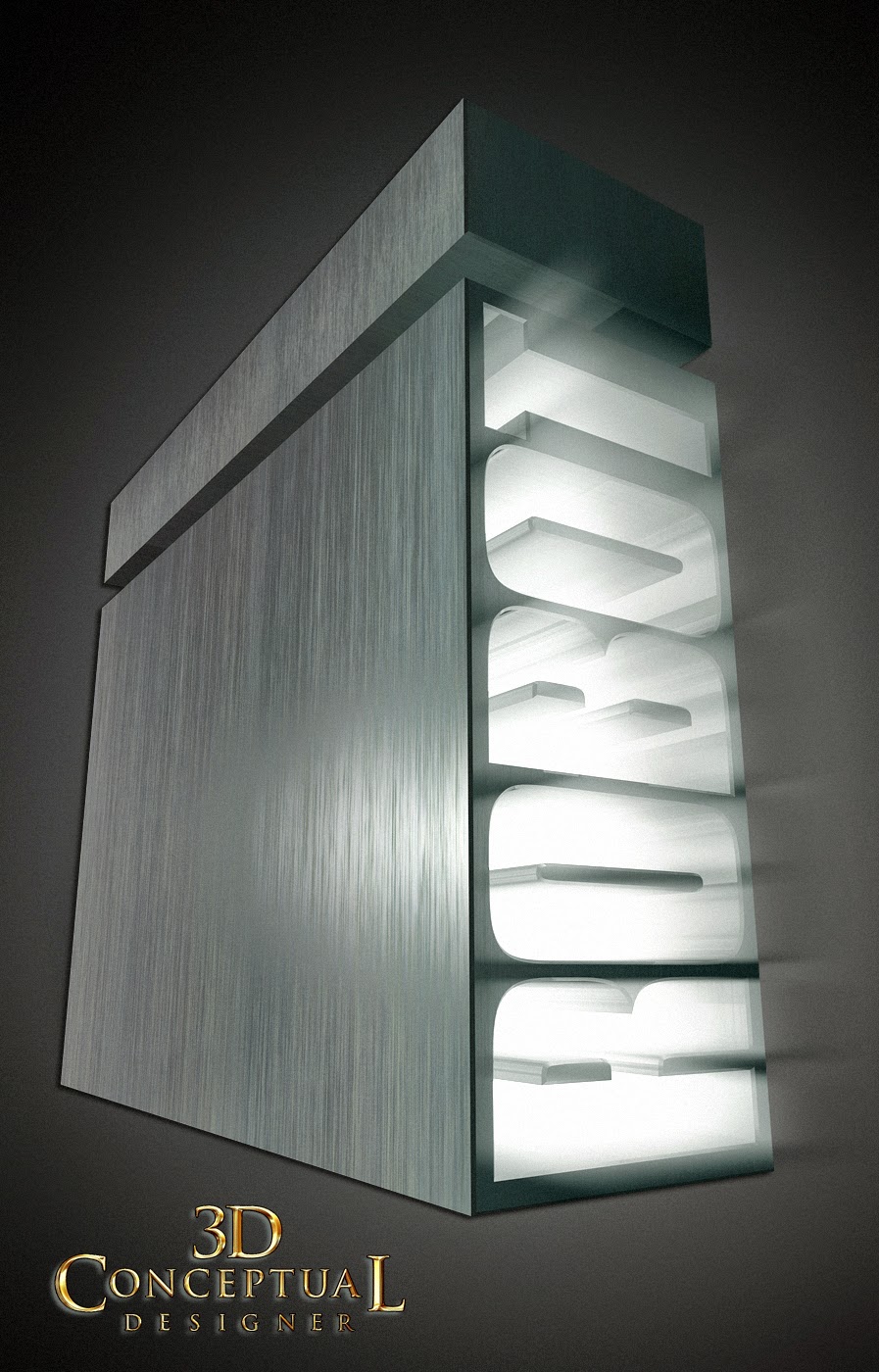 I did a final version for this type layout with a volumetric light coming out of the 'type hole' in this darker 3D render of the 3D Logo for iRobot I did back in 2004.

Today I cover in detail that first concept I did in PART II.

I was asked to build out a hollow logo with robot parts inside, so as usual I was given the type layout, this time as a bitmaps, so I used Vector-Magic to convert it to an Illustrator file to build off of,and I proceeded to fill the logo with parts.


You can review my first post with a small overview here.

Cheers, THOM
Posted by 3Dconceptualdesigner at 10:16 AM