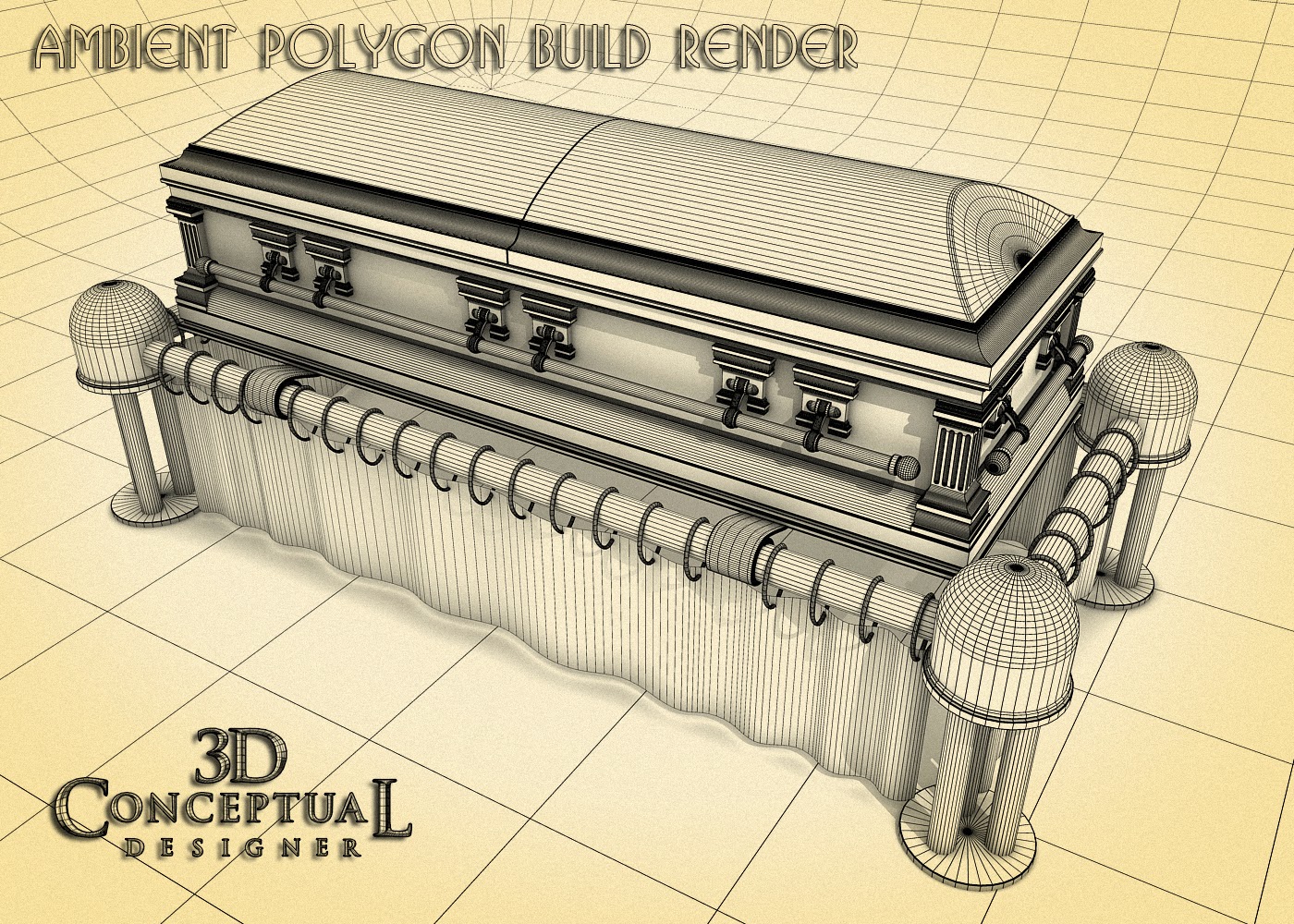 The polygon build out for this prop from over a decade ago for Six Feet Under is seen in this ambient render with wireframe. 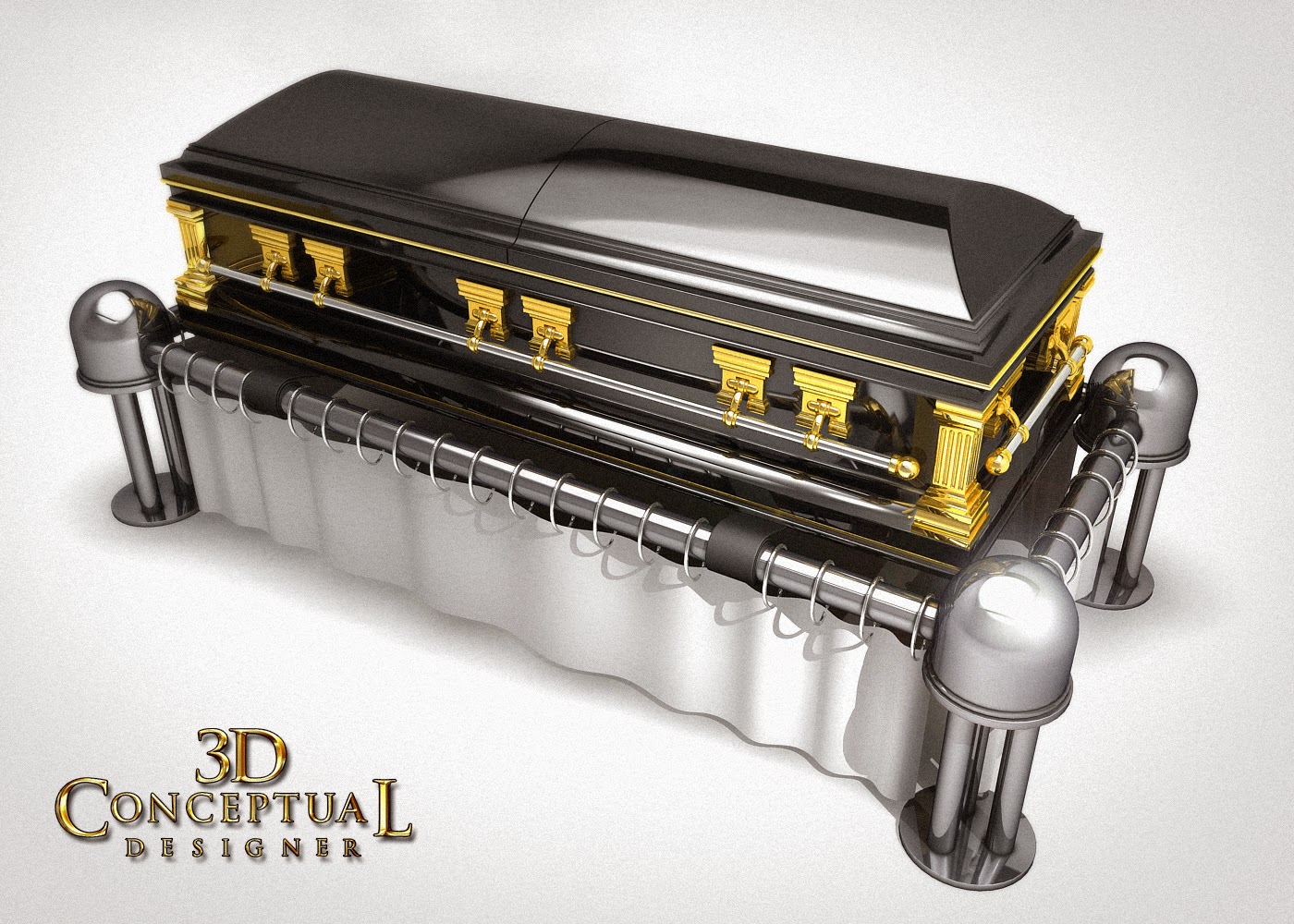 The final prop rendered out. 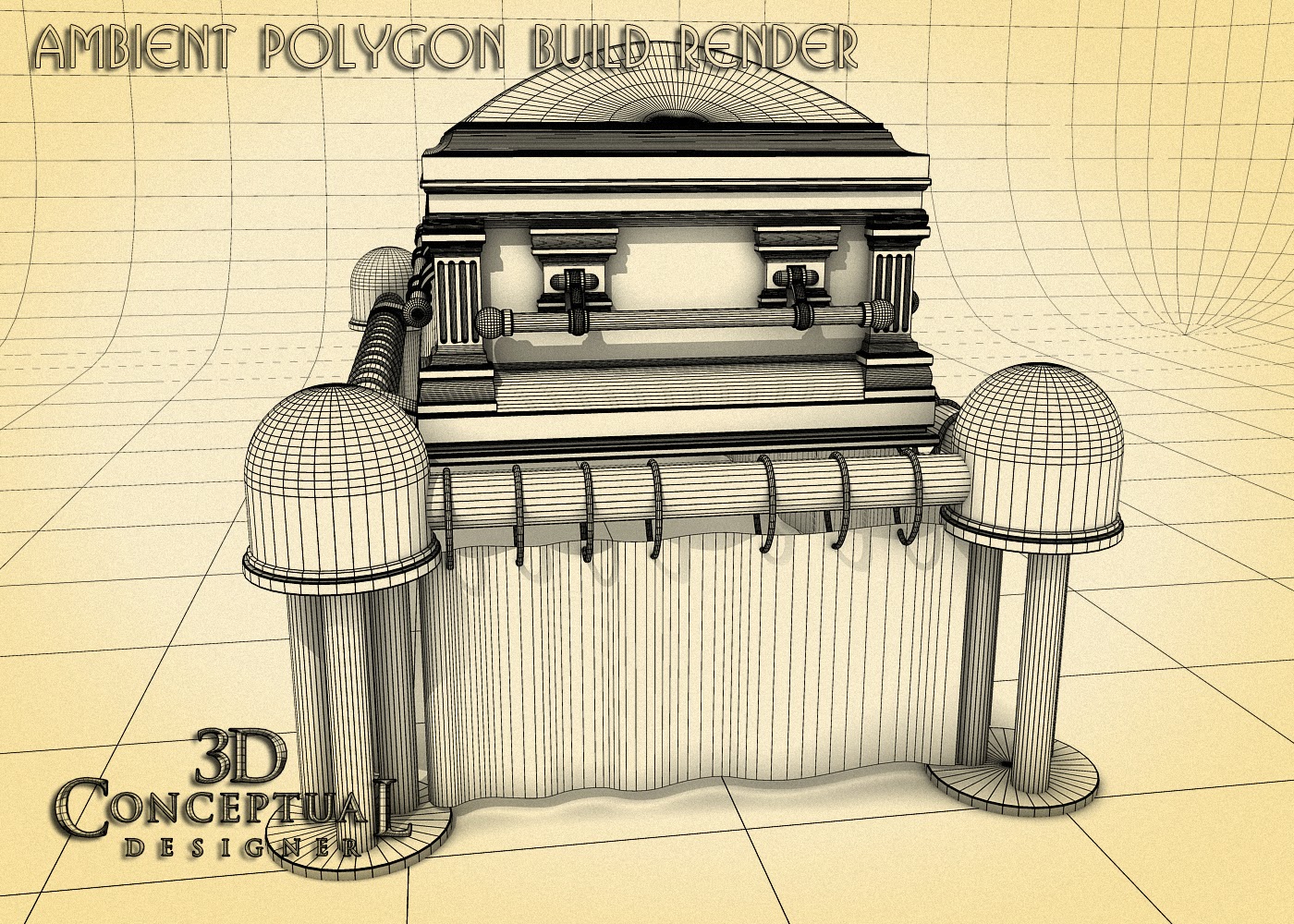 The Lowering device has a privacy curtain all around the ends and back. 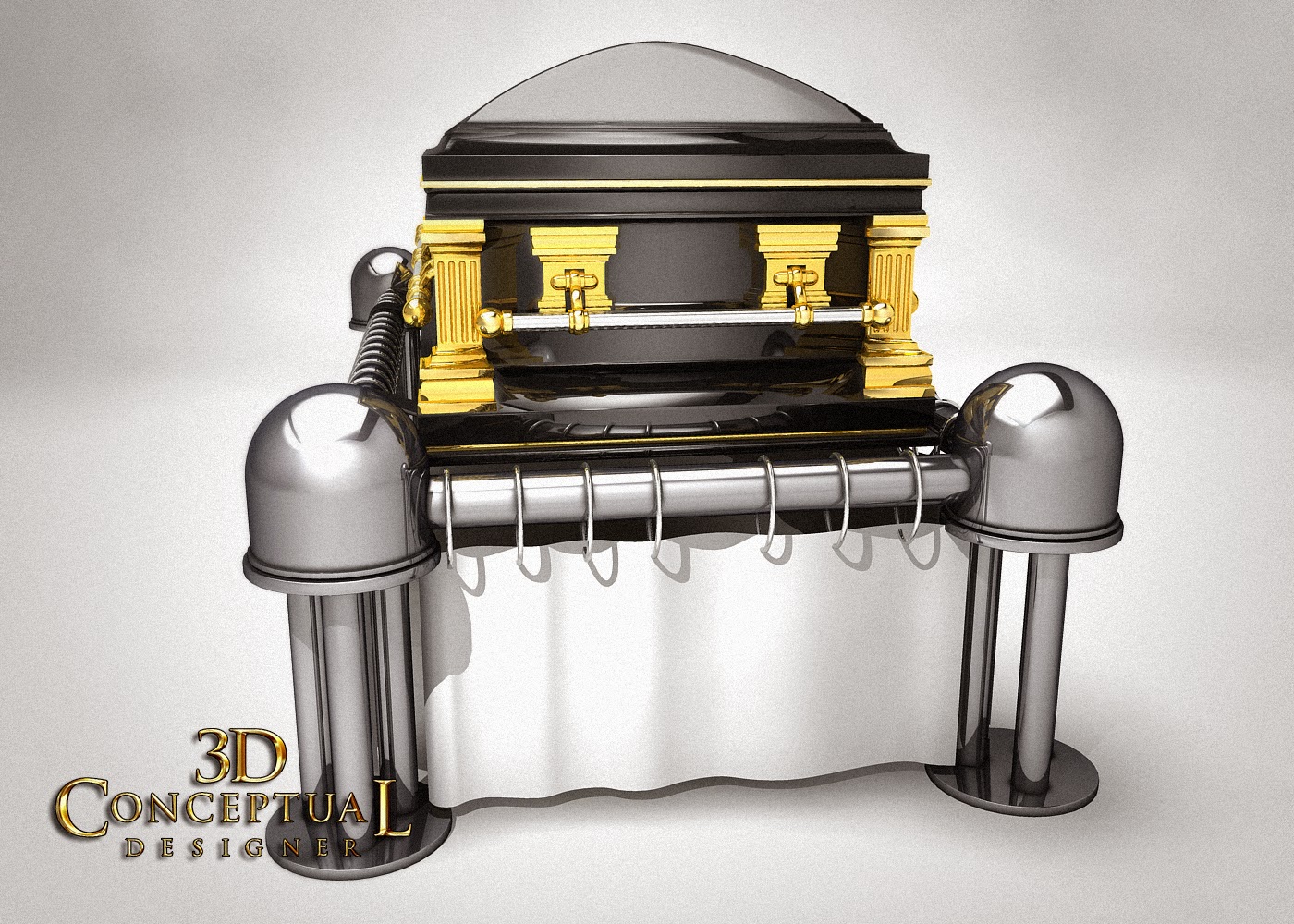 Here is a render of the virtual coffin 3D stock model end. 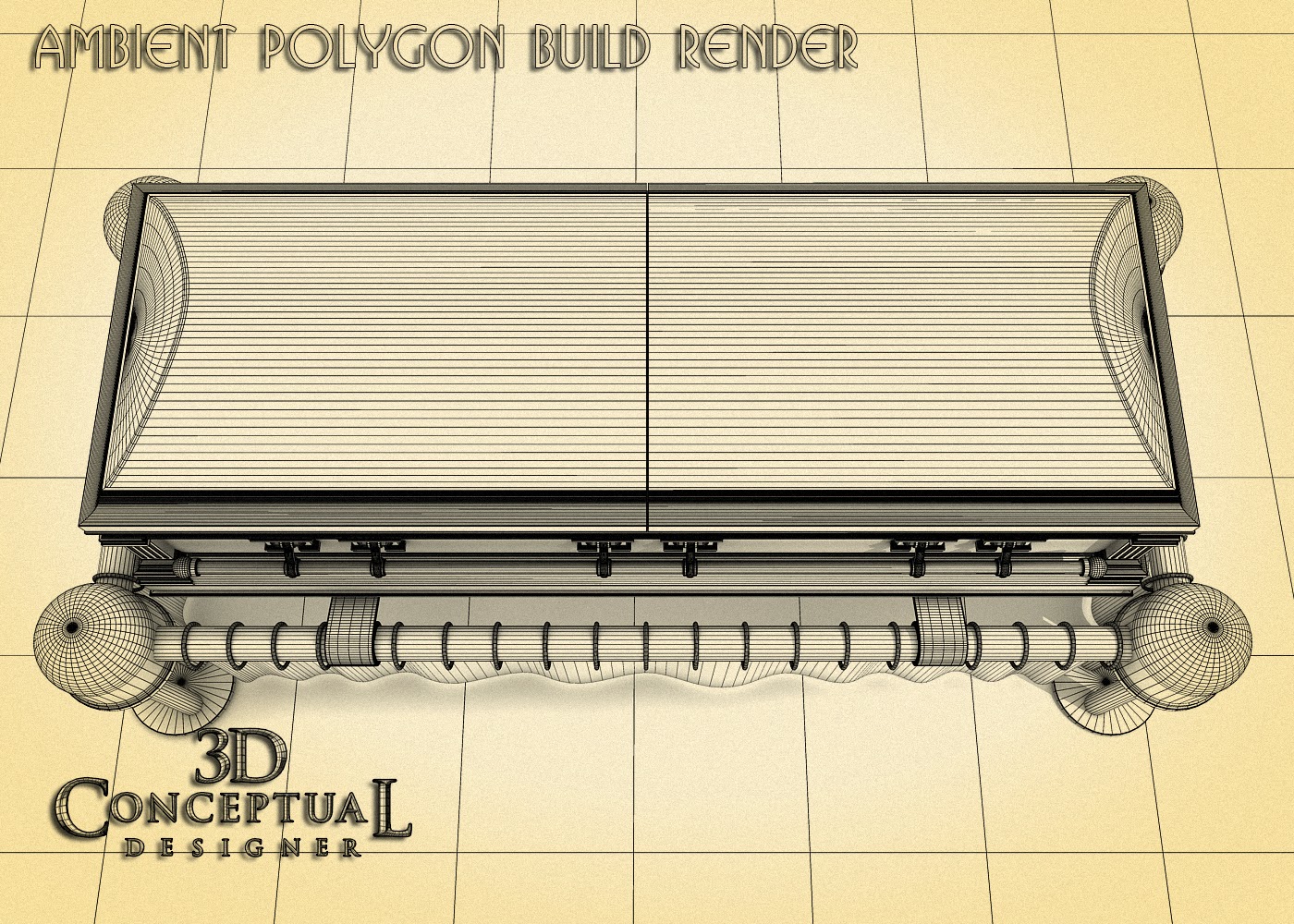 A birds eye view looking down on the closed coffin in wireframe. 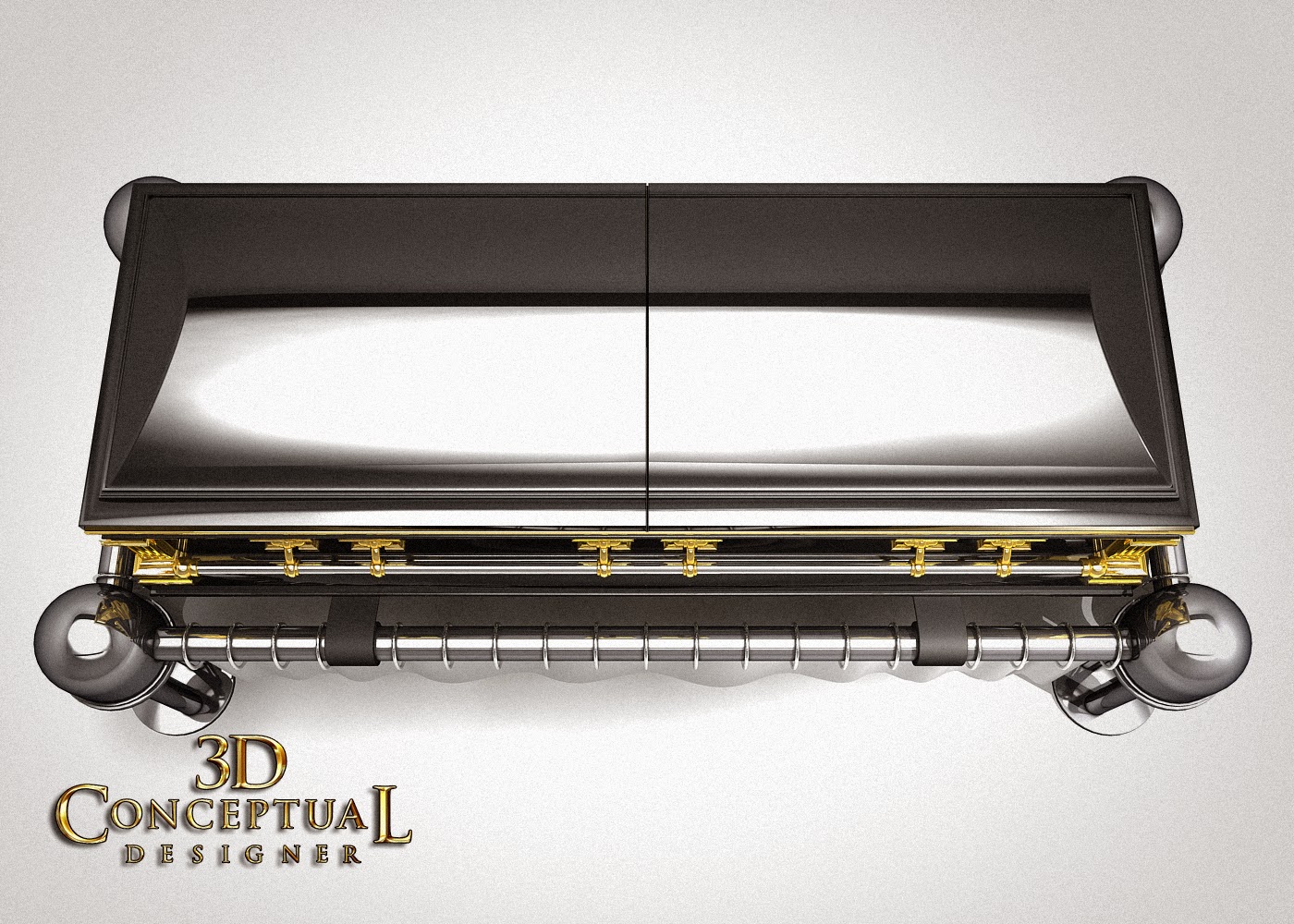 A fully rendered 3D Coffin on a virtual stage set. 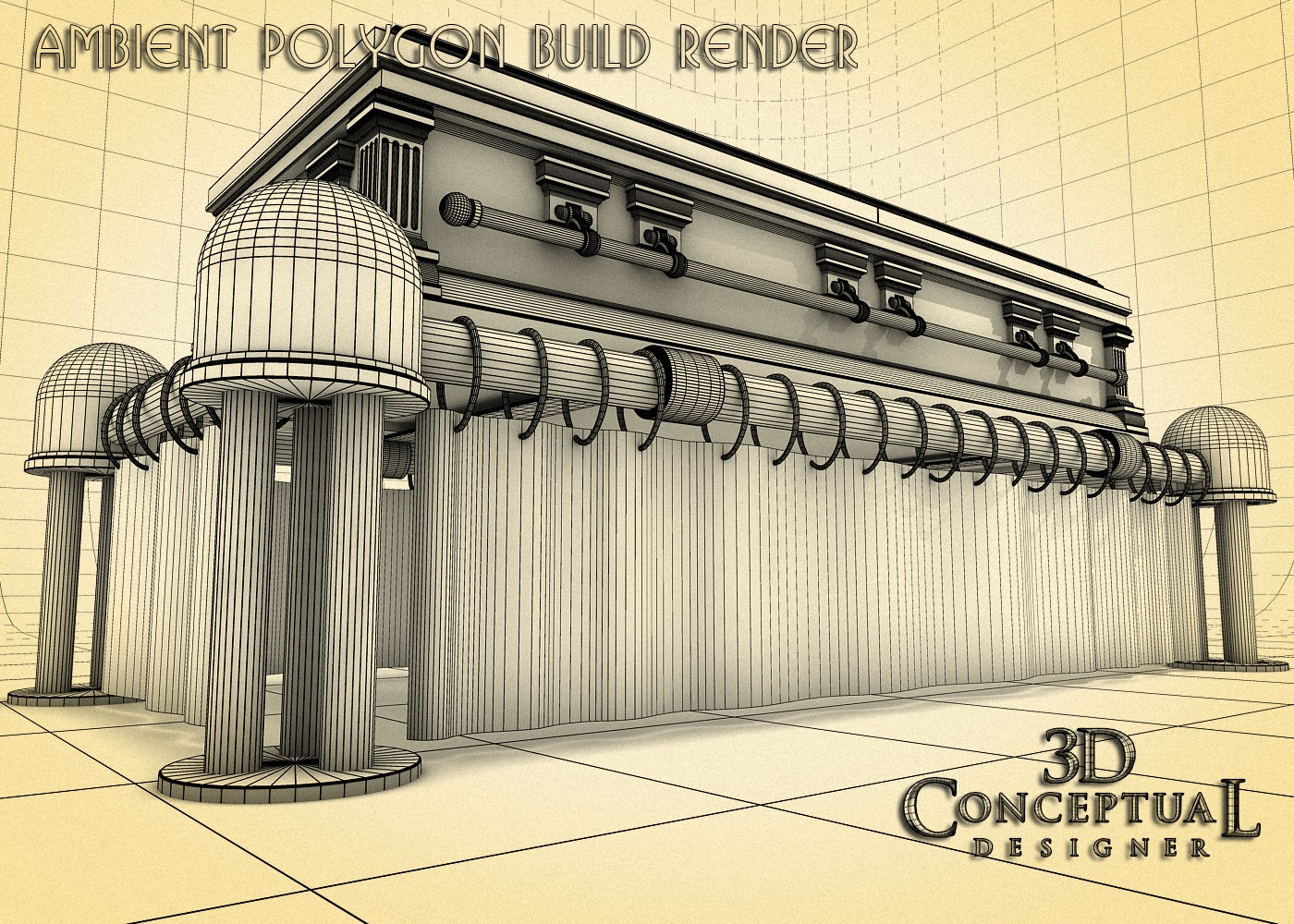 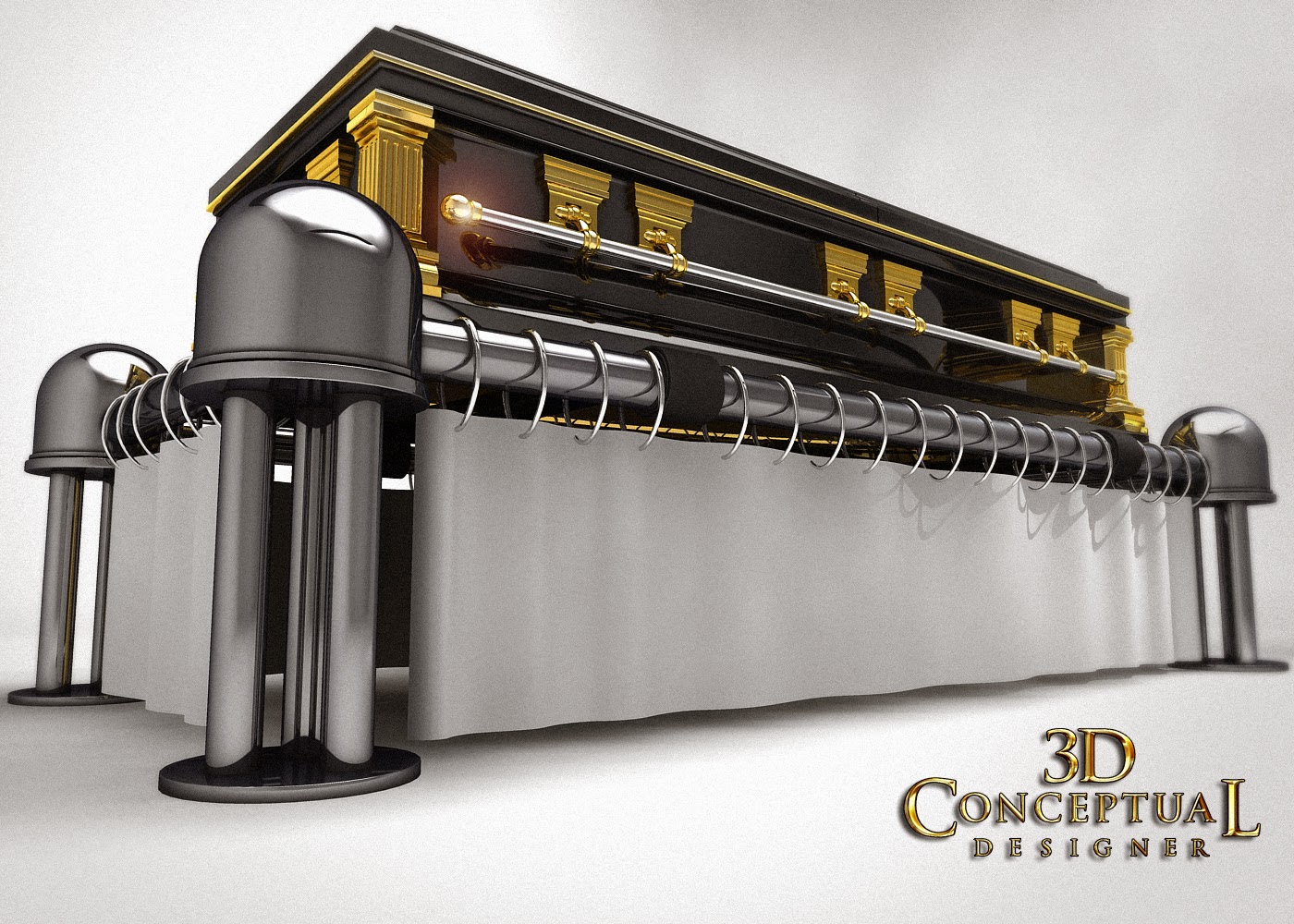 That Low angle fully rendered out. 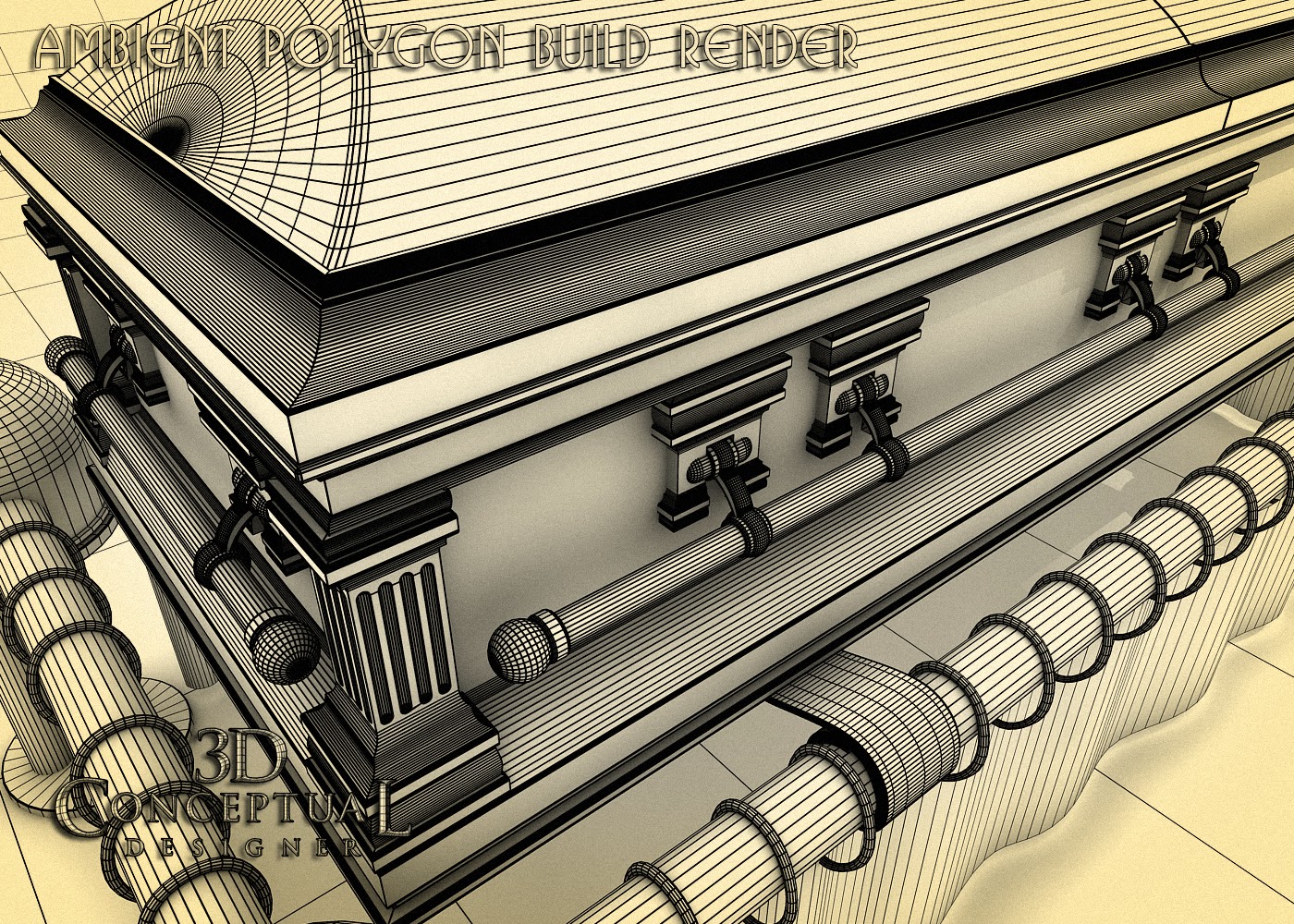 A close-up detail of the grab handles and corner column trimmings. 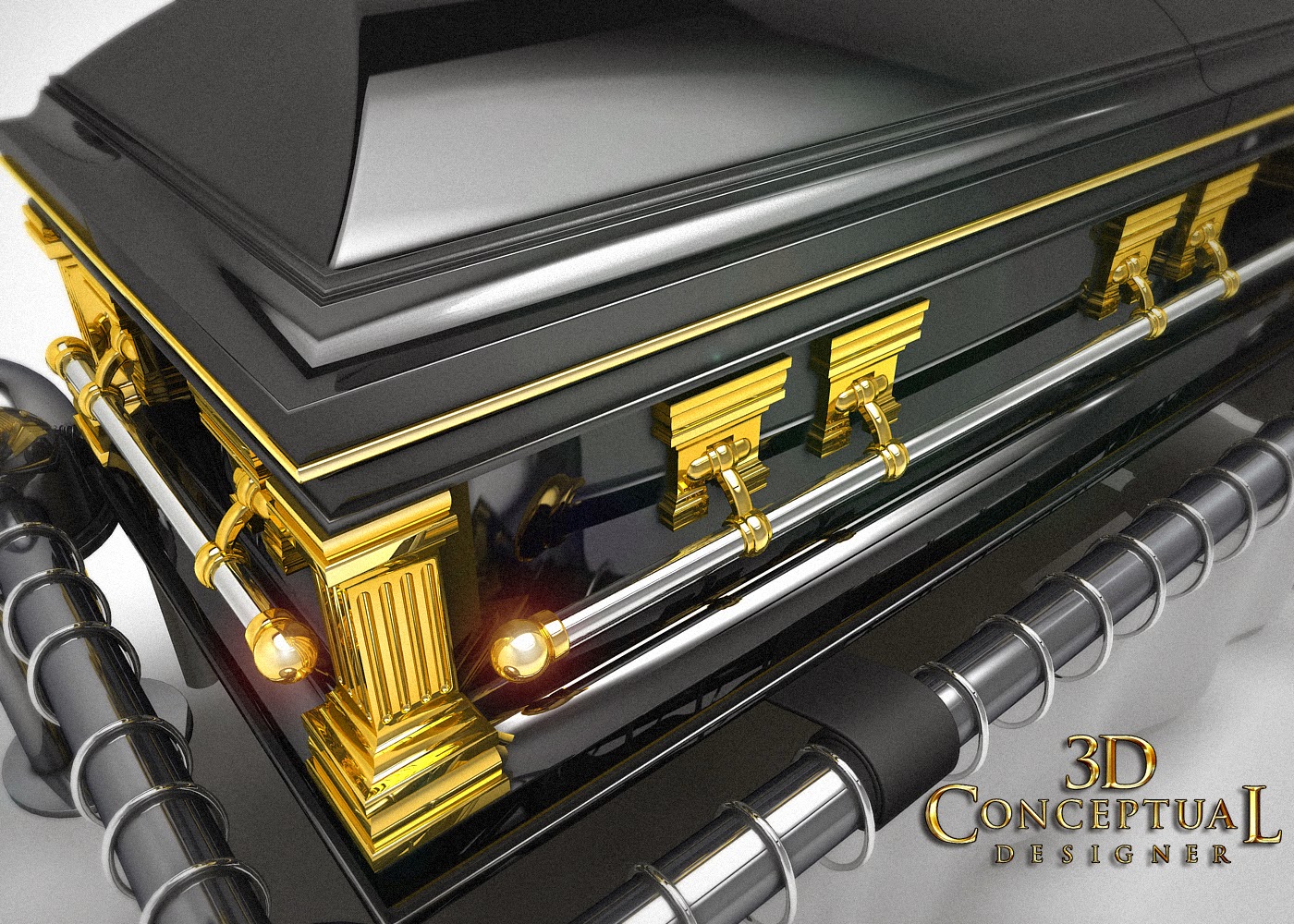 The corner close up fully textured out in this 3D render. 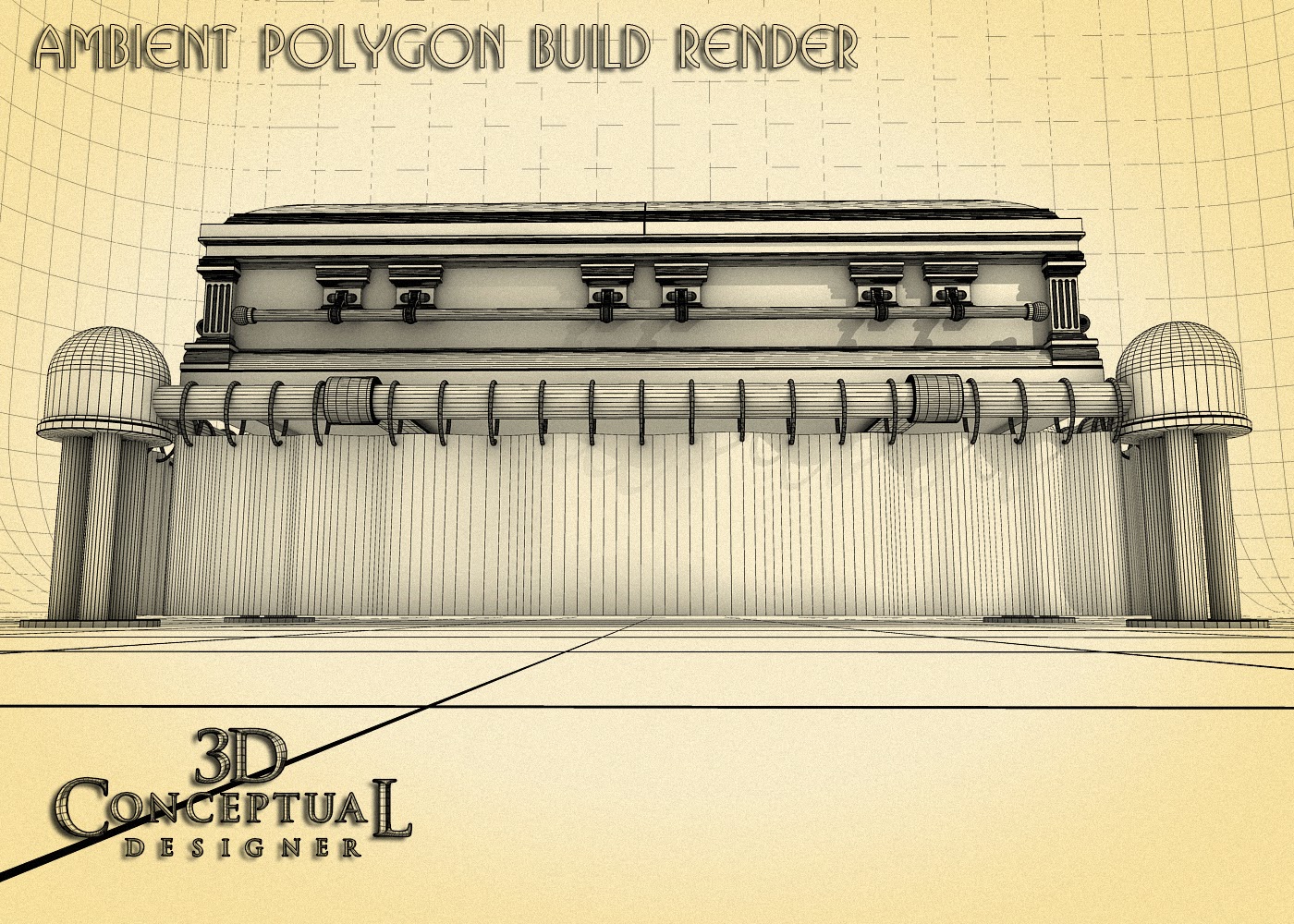 A low angle again straight at the 3D Coffin Model. 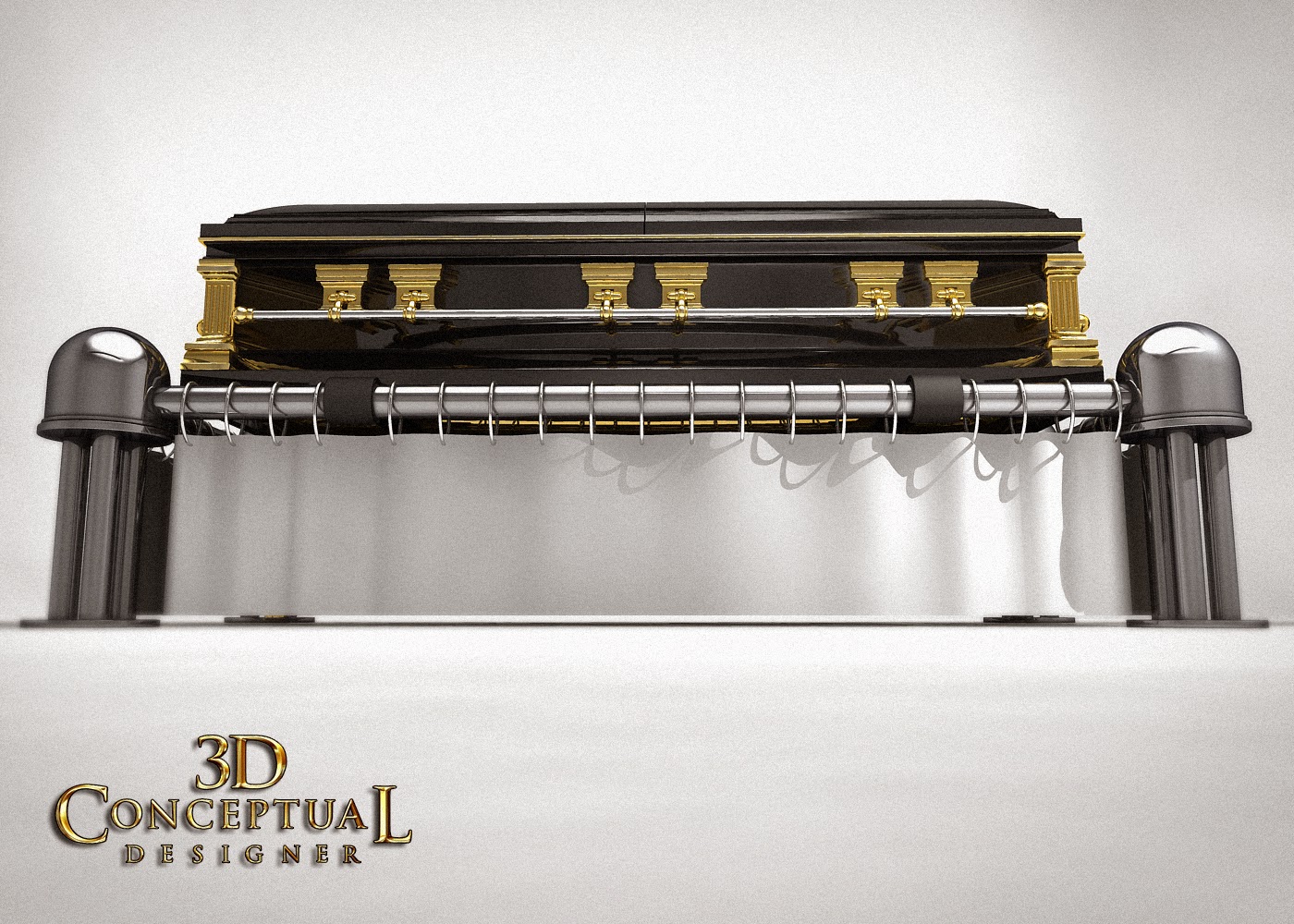 The fully rendered black and gold coffin at the low angle from the front. 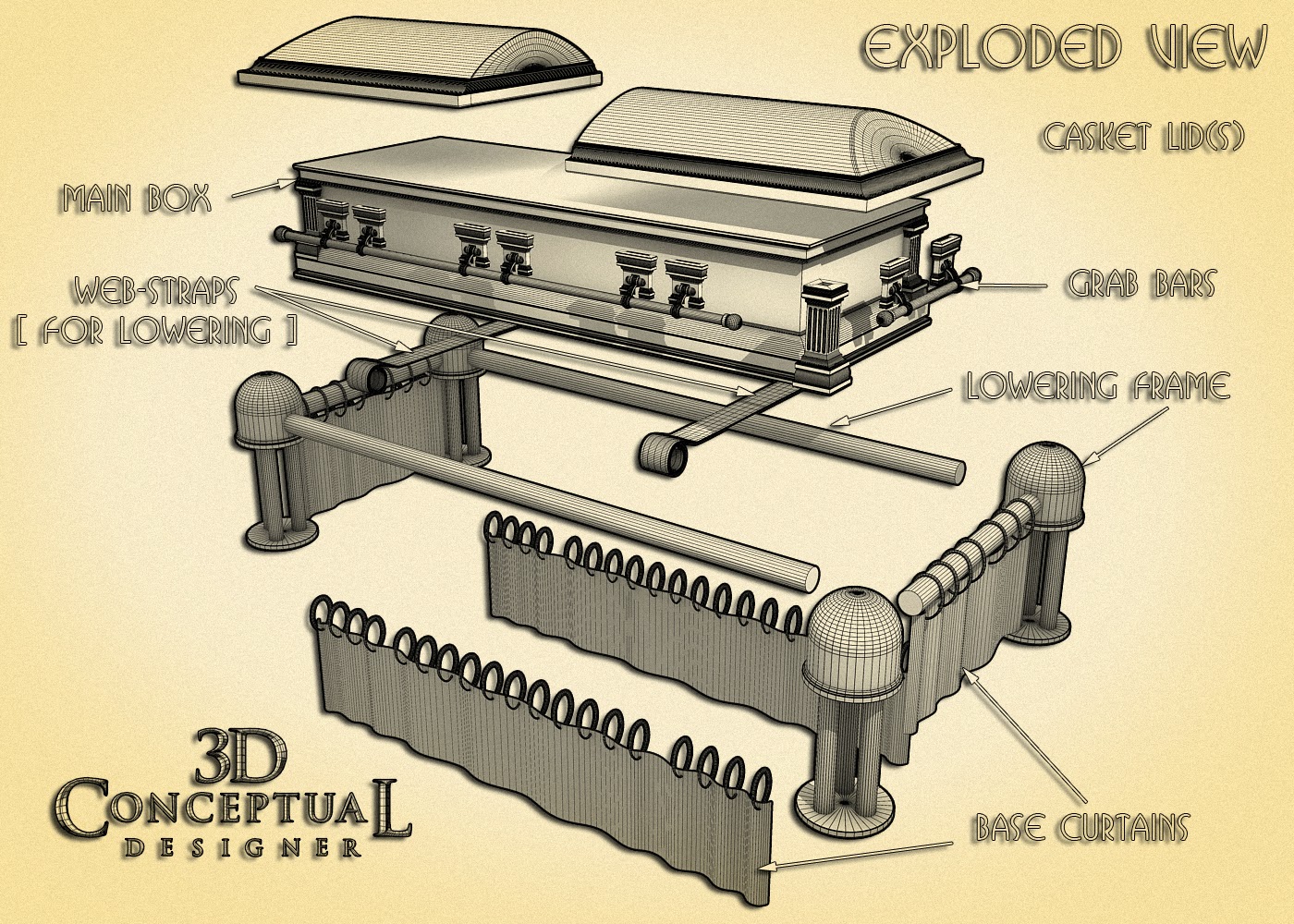 The exploded view shows the various parts hand-built in 3D for this Virtual Photo-Shoot for Six Feet Under for HBO back in 2004.

It spanned even a job switch as I did some work at BLT and associates first, then when I moved to The Cimarron Group the project jumped over to us , so I continued work.  Today in PART III, I am covering the build out of a Coffin with the lowering apparatus that would be used at the grave site.

I built out the Coffin with all the various details added to make it look iconic and typical. Black with gold trim was used as they wanted the cover very dark for reflection use. [ See here ].

The 3D Virtual model was then re-purposed to be for sale online at Turbosquid, though the model was not ever posted, as my department was closed down before they shut down the whole thing.